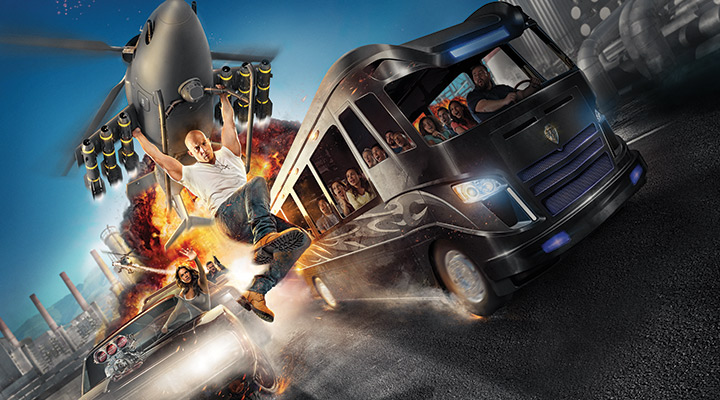 Here you'll find Harry Potter and the Escape from Gringotts™ and the Leaky Cauldron™. Just outside Diagon Alley™, you'll find King's Cross Station in London where you ride the Hogwarts™ Express with a Park-to-Park ticket (additional restrictions apply).

The movie making business comes to Florida in this land. Here you'll be amazed at the live action Universal's Horror Make-Up Show™ that gives a glimpse of how the terrifying magic happens. You'll also find the beloved Mel's Drive-In™ if you're looking for a taste of California.

You can't showcase film, and not include New York City. Like its namesake, New York City at Universal Studios Florida™ has great restaurants as well as world-class entertainment and attractions. You'll find The Blue Brothers® Show, Race Through New York Starring Jimmy Fallon™ and Revenge of the Mummy™.

If you have little kids, don't be surprised if you find yourself spending some of your time here. There are two large play areas with water features that will keep kids busy, and a live sing-along with Barney™ at A Day in the Park with Barney. But don't worry, there are attractions the whole family will love too. Animal Actors On Location™! and the E.T. Adventure™ will delight everyone.

You'll find out of this world attractions like the interactive MEN IN BLACK™: Alien Attack™ and FEAR FACTOR LIVE.

SPRINGFIELD: HOME OF THE SIMPSONS AT UNIVERSAL STUDIOS FLORIDA™:

A host to thrilling family-friendly attractions. Join Homer, Marge, Bart, Lisa and Maggie on The Simpsons Ride™. Soar high in the sky with Kang & Kudos’ Twirl ‘n’ Hurl. Continue the fun and stop by Fast Food Boulevard™ or Moe’s Tavern for a dining experience that can only be found in SPRINGFIELD, U.S.A..

Jump right into the Bay area when you visit San Francisco at Universal Studios Florida™. This land is home to the thrilling Fast & Furious - Supercharged™ attraction as well as the delicious Lombard's Seafood Grille™.

Face coverings and temperature checks will be required for all guests. For important safety information at Universal Orlando Resort™, visit Universalorlando.com/safetyinfo 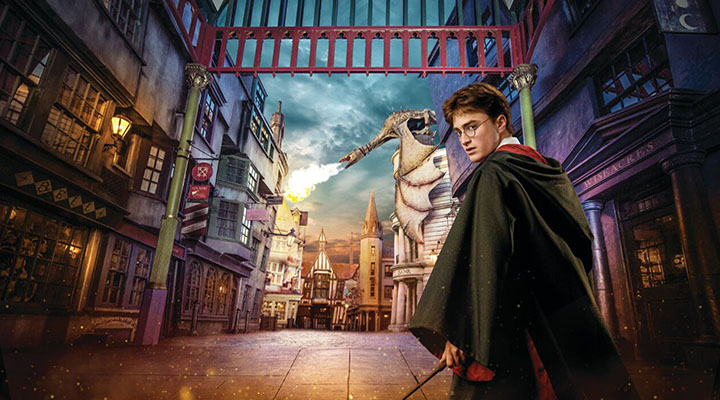 Follow in Harry Potter's footsteps as you walk through the streets of London, and enter Diagon Alley™ where you'll find many of the wizarding world's most famous establishments. Dine at the Leaky Cauldron™, see a wand choose a wizard at Ollivanders™ wand shop, and get ready to travel deep below Gringotts™ Bank for a multi-dimensional thrill ride.