Meet some of your favorite Disney characters at Animation Courtyard. 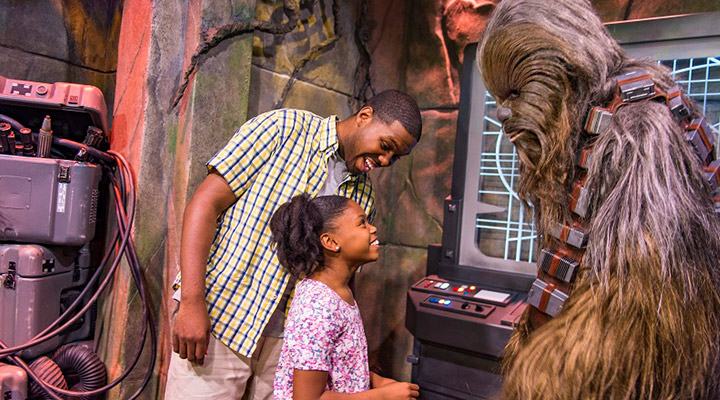 Blast off into a galaxy far, far away or dance with your favorite Disney Junior characters at Animation Courtyard in Disney’s Hollywood Studios. Check out all the fun you can have here:

Your little ones will be enthralled to see their favorite Disney characters up close. With characters from Mickey Mouse Clubhouse, Sofia the First, Jake and the Never Land Pirates, and Doc McStuffins, there’s something for every kid at the energetic Disney Junior – Live on Stage! show.

Or, hop over to Voyage of the Little Mermaid to experience a Disney classic in a brand-new way. Upbeat music, live performers, special effects and even colorful puppets are included. It’s the perfect way to rest your feet while still having fun!

The most popular area of the Animation Courtyard is currently the Star Wars Launch Bay. Here, fans will be immersed in the movies with real-life props and character meet and greets. It’s a galactic opportunity that Star Wars lovers will not want to miss. However, it’s important to note that we don’t know if the Star Wars Launch Bay will remain once Star Wars Land is completed in 2019. We're sure that if it leaves, something wonderful will take its place.

On your next trip to Disney’s Hollywood Studios, make sure to explore all the Animation Courtyard has to offer!

Please note, the above information may be incomplete, seasonal, and/or subject to change at any time.