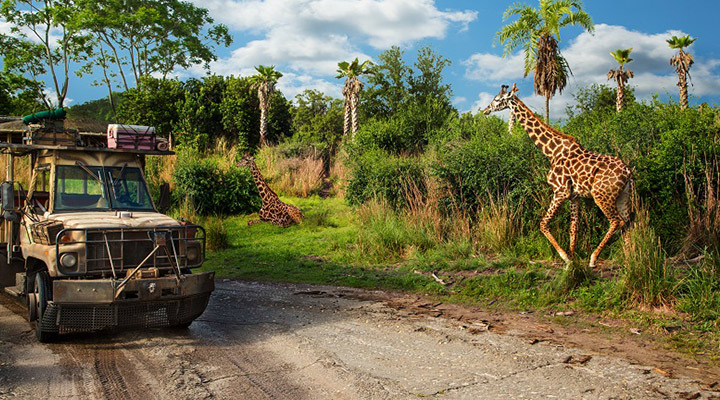 Find yourself deep within the heart of Africa, without the long trek. Africa at Disney's Animal Kingdom® is the land perfect for those looking to interact with the beasts and heartbeat of the wild. Here’s all you can do and experience in Africa:

Get an up-close look at the wildlife during Kilimanjaro Safaris, an attraction that will reveal the explorer in everyone. Lions, tigers and giraffes are only a few of the beautiful creatures you’ll see on your safari. With the newly added option of evening safaris, you’ll have the opportunity to see the animals at one of their most active times of day. Talk about ending your day in a wild way!

Steps away from the wildlife you’ll find several choices for thrilling entertainment. You can dance among the beats of the Tam Tam Drummers of Harambe or watch in awe at the Harambe Wildlife Parti acrobats. If you prefer Broadway shows, you won’t be disappointed in the Festival of the Lion King. Your entire family will be singing and dancing along to the theatrical re-telling of a Disney classic.

Please note, the above information about Africa at Disney's Animal Kingdom® may be incomplete, seasonal, and/or subject to change at any time.