Adventureland at Magic Kingdom® is full of fun for the whole family. 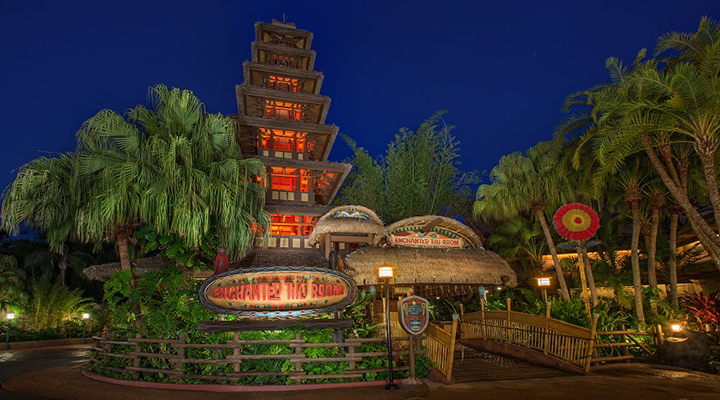 A visit to Adventureland at Magic Kingdom® wouldn't be complete without riding two of the park's most popular attractions; Pirates of the Caribbean and the Jungle Cruise. Both attractions offer FastPass+ reservations which can be made 60 days in advance if you're staying at a Disney hotel. If you've visited Disneyland®, you'll find the east coast version of the Pirates of the Caribbean attraction is quite different. The Jungle Cruise is quite similar to its sister attraction, but Adventureland at Magic Kingdom® also is home to Skipper's Canteen, which is a restaurant that feels like an extension of the ride. If you're a fan of the Jungle Cruise, you'll want to make a reservation.

You'll also want to visit Walt Disney's Enchanted Tiki Room for a glimpse into Walt's favorite Disneyland® attraction. You can get a taste of the islands with a Dole Whip from Aloha Isle, and learn how to become a pirate at The Pirates League. Find a whole new world on The Magic Carpets of Aladdin, climb the Swiss Family Treehouse and search for treasures you can take home at one of the bazaars.

There is so much fun to have in Adventureland at Magic Kingdom®. You're sure to make memories of your many adventures here.

Please note, the above information about Adventureland at the Magic Kingdom® may be incomplete, seasonal, and/or subject to change at any time.