“So, ye come seeking adventure and salty ol pirates, eh?“ We're excited to share 17 things that you didn't know about Pirates of the Caribbean and New Orleans Square at Disneyland Park. 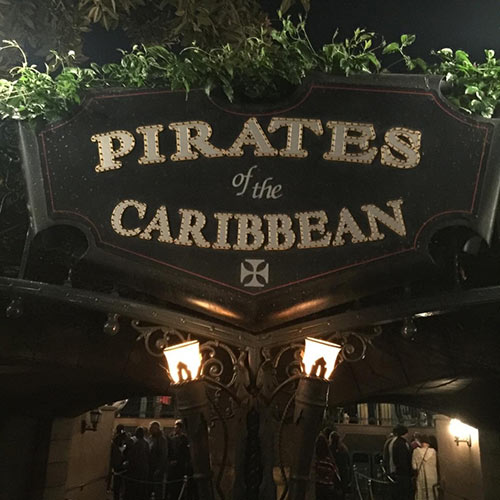 One the most recognizable theme park attractions in the world, Pirates of the Caribbean, has been entertaining guests at Disneyland Park for nearly 50 years. It was the last attraction that Walt Disney himself personally supervised and developed. However, he never did see it open to the public. Pirates of the Caribbean opened on March 18, 1967, just a few months after his passing.

Walt created an entire land featuring one of his favorite places, New Orleans. New Orleans Square features some exciting alleys and nooks that capture the excitement, allure and mystery of one of the most historical and haunting places in the world.

Walt wanted a world class attraction to anchor the new land and decided upon the pirate theme because of the stories from the Louisiana Purchase and the War of 1812, significant parts of “the hard facts that created America.”

• Walt assigned a young Imagineer, Xavier “X” Antencio to write, plan and develop the Pirates of the Caribbean theme and script, which X had never done before. He ended up writing “Yo, Ho, Yo, Ho a Pirate's Life for Me” and other memorable Disney tunes like Grim Grinning Ghosts from the Haunted Mansion. You can hear X’s voice when you encounter the skull and crossbones at the edge of the waterfall that plummets into the pirate’s liar! X now has his own window on Main Street honoring his work. Look for his window, along with many others who contributed to the success of Disneyland, while you're strolling down Main Street U.S.A.. Take a lesson from X – try new things and take on new challenges; you never know when you might create something great! 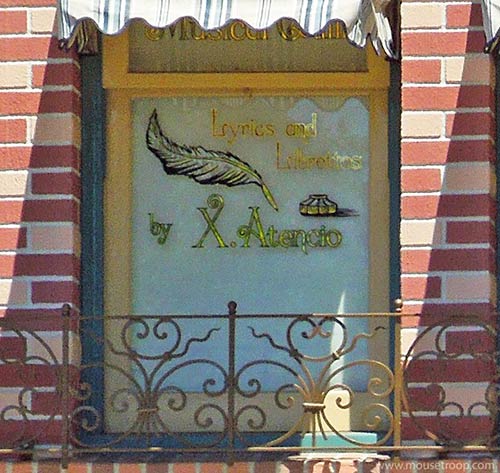 • The Pirates of the Caribbean attraction was originally going to be a wax museum walk through attraction. After the success of "it's a small world" at the 1964 World’s Fair, plans changed to make it a water propelled boat ride.

• When the Pirates of the Caribbean opened, a “Barker Bird” was placed outside to encourage people to come and see the attraction. The bird can now be found at the entrance to the attraction. 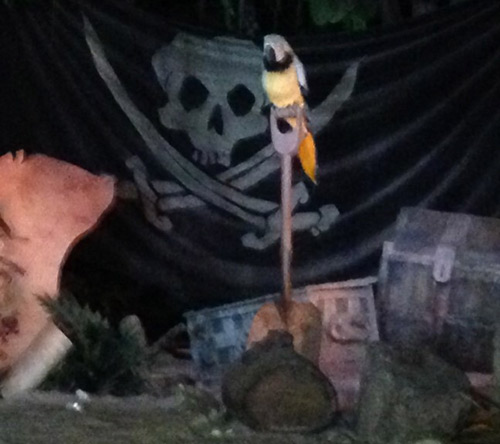 • New Orleans Square opened to the public on July 24, 1966. The real Mayor of New Orleans and Walt Disney cut the ribbon, opening the new land.

• Before his death, Walt was building a second apartment at Disneyland. Walt’s initials and his brother Roy’s initials are built into the rod iron. The Disney Dream Suite now occupies the space. 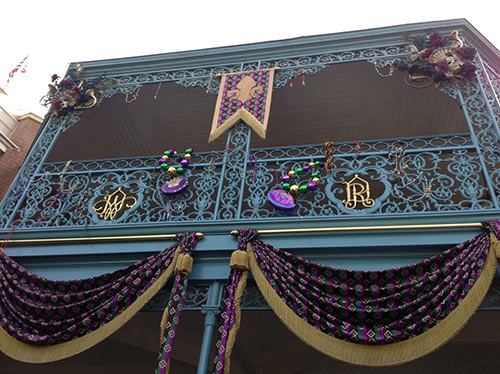 • Club 33, one of the most exclusive clubs in the world, is located on the second floor of the Pirates of the Caribbean attraction and in the building across Royal Street. A bridge connects the two areas. 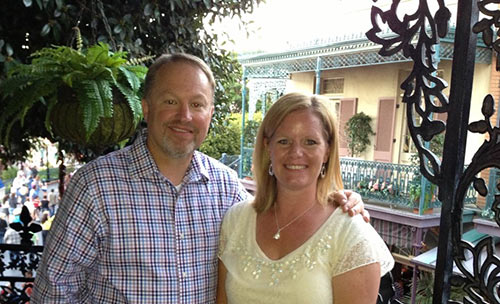 The view from the balcony of Club 33. 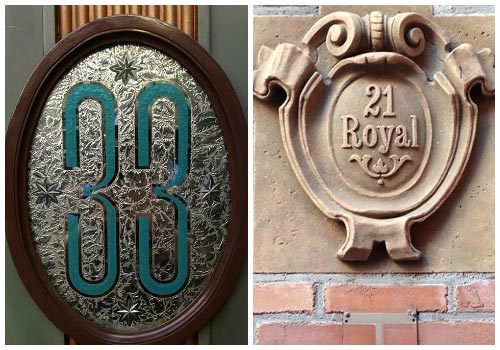 • The Imagineers created the pirates in their own likeness, and also created pirates that resembled a janitor or two. Rumor has it that at least one pirate looks like Walt Disney himself. 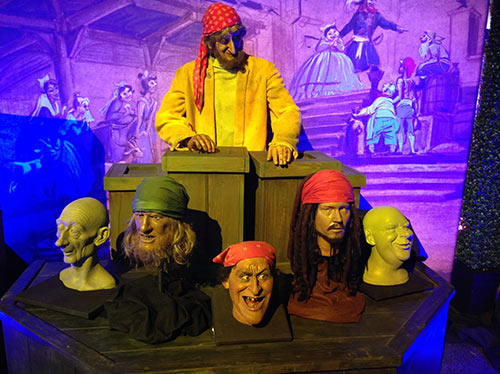 • The dock that you use to embark the boat that takes you on your pirate adventure is named Laffite’s Landing. Laffite was a real pirate of the Caribbean that ended up helping Andrew Jackson, the then to be President of the United States, defend New Orleans against the British in 1813-1815. Rumor suggests that the banjo player on the Blue Bayou is of Laffite’s likeness. 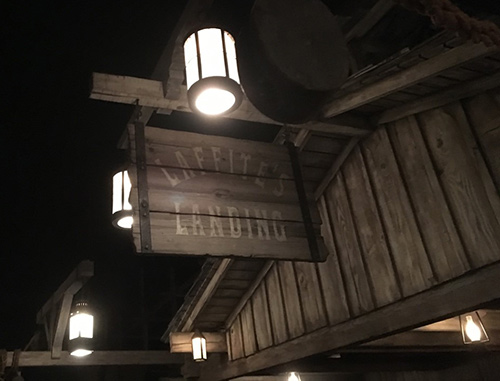 • New Orleans square replaced a large part of Frontierland upon opening. The train station is still called the Frontierland Train Station. The Morse code dots and dashes that can be heard, pound out Walt Disney’s opening day speech, originally heard on July 17, 1955.

• The Mint Julep Bar located near the Train Station, features amazing New Orleans treats including authentic beignets and non-alcoholic mint-juleps. While there, listen closely. Hidden in the sounds of the park is Calepso from the Pirates of the Caribbean movies casting spells from the second floor to those who walk near the area. There's also great food in the area. Make sure and try the Monte Cristo Sandwich at Cafe Orleans or the Blue Bayou restaurant. Also, the gumbo found near the entrance to Pirates is the best, this side of Mississippi. 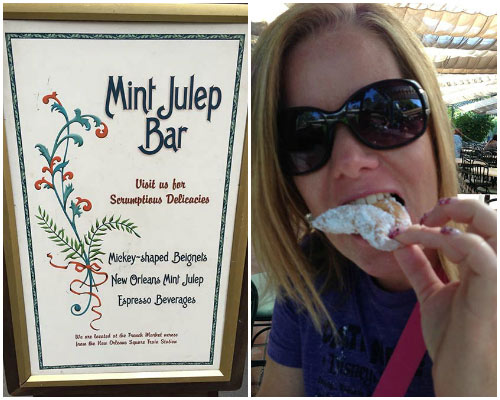 • Several upgrades have occurred on the Pirates attraction including major upgrades in 1997 that changed the attraction to be more politically correct for modern audiences. Since then, several additions have been made including the addition of Captain Jack Sparrow, Captain Barbosa, Davey Jones, Blackbeard and mermaids from the popular movies of the same name. 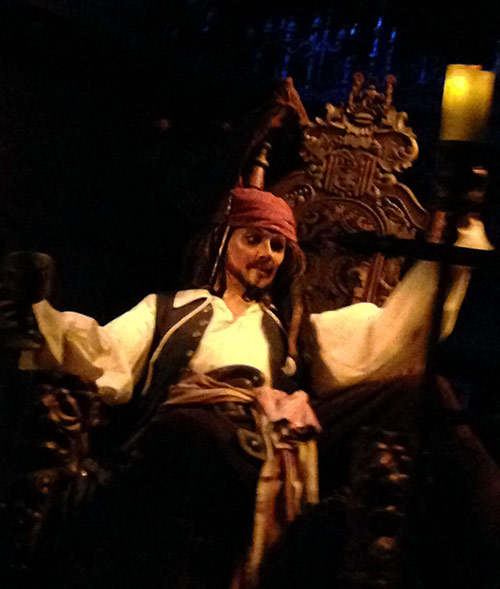 • One scene in the attraction that has not been changed includes a scene where pirates are bidding for a bride followed by cat calls, “We wants the red head.” The auctioneer and Mr. Lincoln are the most technologically advanced audio animatronics in the park. 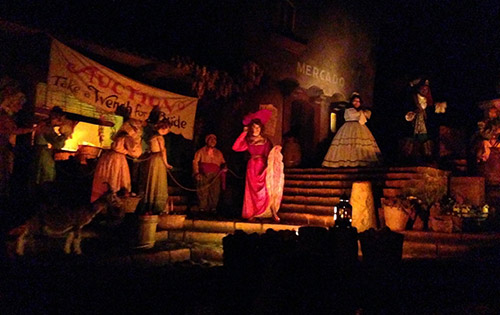 As in every other Disney attraction, the magic is in the details. A few things to look for on Pirates of the Caribbean:

• The fire flies bouncing up and down on the blue bayou.
• Near the end of the attraction, look closely for the small hidden Mickey found in the middle the brass breastplate treasure.
• The name of the ship volleying cannon balls at the town of Tortuga is the Wicked Wench.
• In the 1960's, plastics had not been invented that could make realistic looking skeletons, so real skeletons were used. Rumor has it that at least one of the remaining skeletons is still real.
• Get your fortune read by Fortune Red near 21 Royal Street. 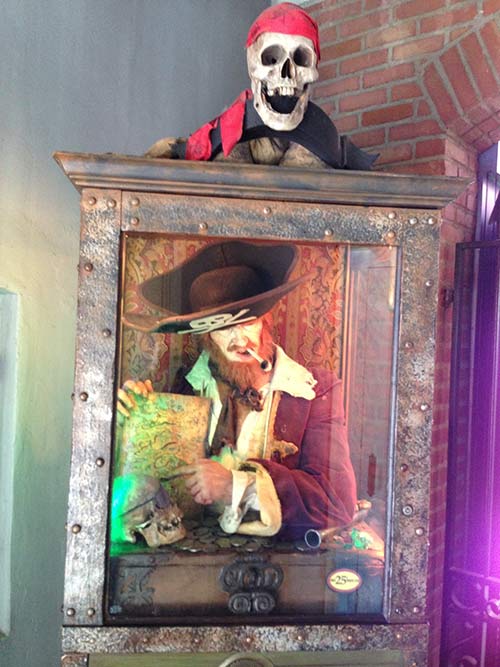 “Psst! Avast there! It be too late to alter course, mateys…. And there be plundering pirates waiting to board. Sit closer together and keep ruddy hands in board. That be the best way to repel boarders. And mark well me words, mateys… Dead Men tell no tales.” 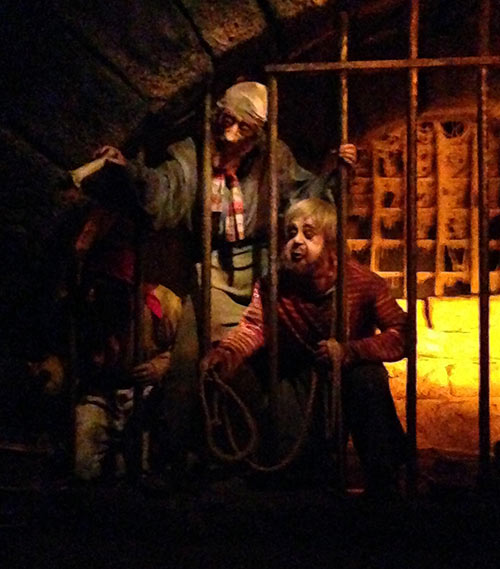 Create amazing tales and adventures with your family at the Happiest Place on Earth! Get Away Today would love to help with everything from discount park tickets to the most affordable hotel accommodations to insider information about your favorite attractions. Book your Disneyland package online or call our travel experts at 855-GET-AWAY.

Chris Dallin is a Disneyland fanatic. He travels to Disney parks several times a year and continues to find hidden gems, adventure, joy, and magic in the Happiest Place on Earth. Tune into future blogs for additional ways to experience the Disneyland Resort.
Check out these other great articles:
10 Things You Didn't Know About Indiana Jones Adventure
Secrets to Getting the Highest Scores at Disneyland
8 Things You Didn't Know You Could Do at Disneyland 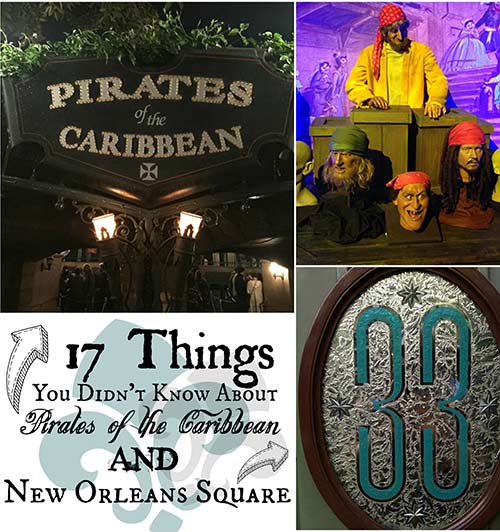 Thanks for posting. Best ride ever.

How in the world do you know this stuff!? I can't believe it, I had no idea! When you put things into context the area is that much more fun!

I love that you post these blogs. It makes planning s trip so much fun!