“We find it delightfully unlivable here in this ghostly retreat. Every room has wall-to-wall creeps, and hot and cold running chills. Shhh, listen! All our ghosts have been dying to meet you!” - The Haunted Mansion’s Ghost Host.

Disclaimer: This post contains, secrets,spoilers, and facts about Disneyland’s Haunted Mansion that will makeyour next trip to Disneyland delightfully scary! 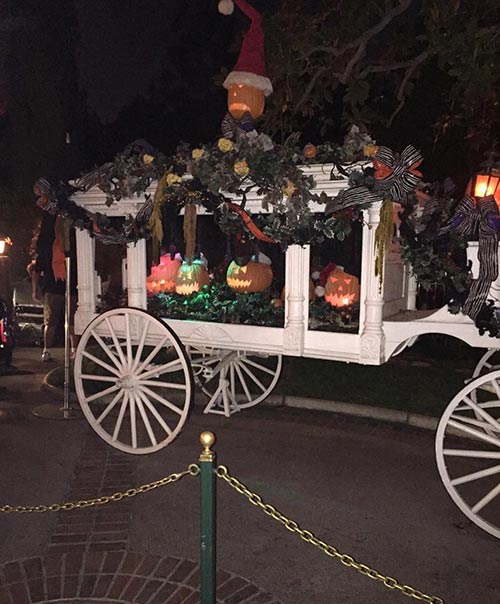 • The Haunted Mansion was designed to be similar to the Shipley Lydecker House owned by a sea captain and built in Baltimore in 1803.

• The Haunted Mansion’s exterior was completed in 1963, but did not open to the public until 1969. Imagineers created images of an unkempt house, similar to what a Haunted House may look like. Walt Disney did not like the idea of any part of the park appearing unkempt. He said, “We will take care of the outside, but let the Ghosts take care of the inside.” 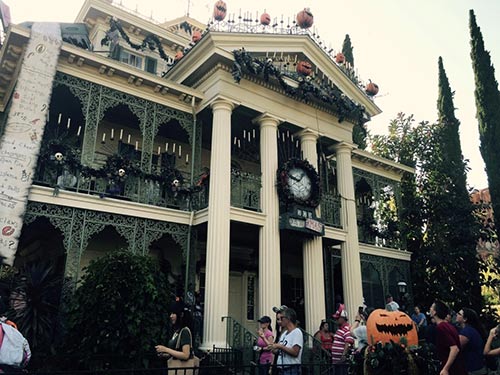 • The grounds feature a pet cemetery and head stones that describe the fate of those who call the Haunted Mansion grounds their final resting place. Look for the frog: "Old Fly Bait". The pig: "Rosie: She was a poor little pig, but she bought the farm – 1849.” Look for the snake, skunk, and other critters in the cemetery. The cemetery also hosts human counterparts with hints on how they may have met their demise… 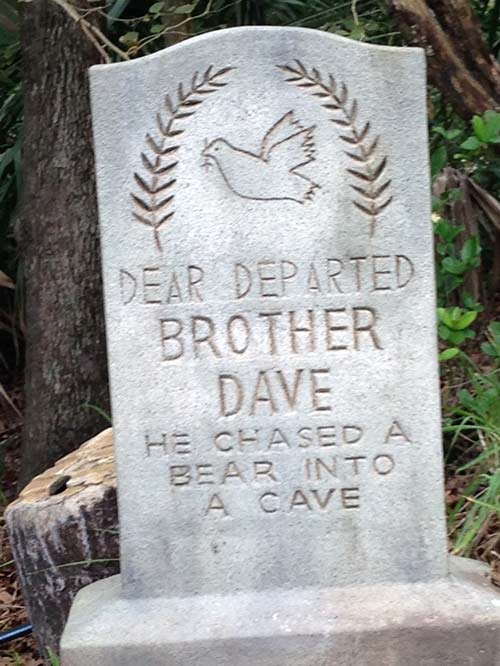 • The Ghost Host is your guide on a visit through the Haunted Mansion. The Host is voiced by the late Paul Frees. You may recognize Paul as the voice of the auctioneer in Pirates of the Caribbean, the Grinch in the cartoon version of The Grinch that Stole Christmas, and Boris from the old Rocky and Bullwinkle children’s shows.

• The stretching room is actually an elevator without a ceiling that drops guests to an underground floor and takes them in a building outside of the park only to return them… The ceiling is covered with an opaque fabric called scrim. The fabric looks solid enough, but when lit from the opposite side, visually disappears. The Haunted Mansion’s Ghost Host says it best, “Your cadaverous pallor betrays an aura of foreboding, almost as though you sense a disquieting metamorphosis. Is this haunted room actually stretching? Or is it your imagination, hmm? And consider this dismaying observation; This chamber has no windows and no doors, which offers you this chilling challenge: to find a way out! Of course, there's always my way...”

• The Haunted Mansion was originally designed to be The Museum of the Weird, a museum of strange and haunted items from throughout the world. The concept then morphed into a haunted walk through wax museum. Announcements were made as early as 1961, six years after Disneyland had opened, but then the Haunted Mansion was put on hold for Disney to devote all attention to the 1964 World’s Fair. Look for the monsters in the wood work, the iron work and the wallpaper, all kept from early concepts for the Museum of the Weird. 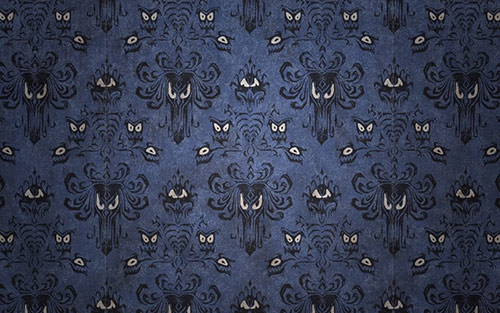 • Busts of Ghost Writers follow your every move. After descending underground, you visit a hallway filled with changing paintings and marble busts of “some of the world’s best Ghost Writers.” Their watching eyes are haunting. The trick is really quit simple. As you might remember in your school geometry classes, an object that is concave is pointing in on itself. The busts are actually an inverse impression of a face. With good lighting it appears that the busts are actually following as you pass by. 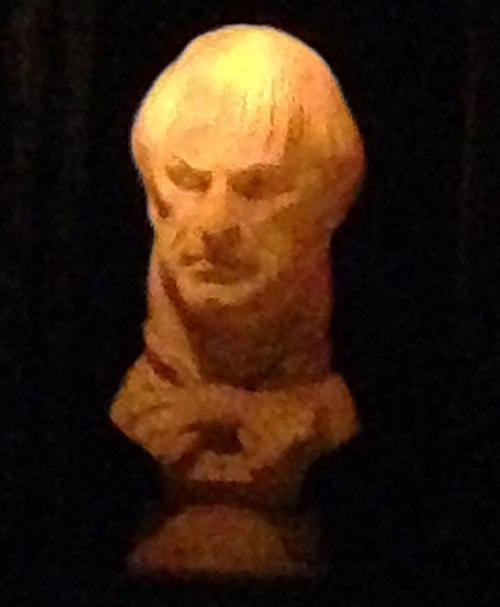 • You get to ride in a Doom Buggy – the carts that take guests to the otherly world – were first dubbed Omnimovers and created at the 1964 World’s Fair. The new technology allowed storytellers to control what guests see and allows for a controlled line of sight similar to a movie experience. The Omnimover technology was originally used for Adventures through Inner Space, but continues to be used for attractions like The Little Mermaid - Ariel's Undersea Adventure in Disney California Adventure and Spaceship Earth at EPCOT.

• After you pass the floating candelabra, look for the grandfather clock that strikes 13 and then a shadow of a claw that slowly reaches for you. 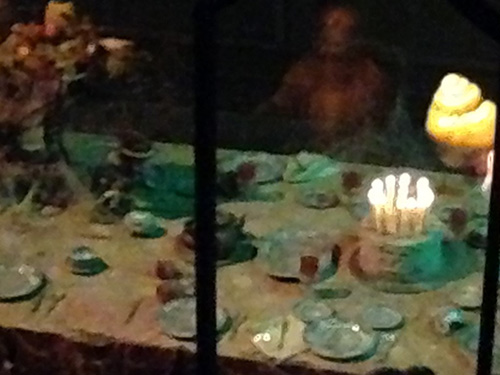 • The images of the ghosts are created by an old magician's trick called Pepper’s Ghost. The animatronics are actually above and below the doom buggies. Their reflections are seen in three story pane glass that had to be put in before the room was finished.

• There is a real bullet hole in the Haunted Mansion. Near the end of the ballroom scene, two portraits are shooting at each other. Several years ago someone shot at the portraits and put a bullet hole in the glass. Look closely and you can see it, even though it is covered by a spider. Almost everyone misses it because the human eye is trained to look past the glass and focus on the action in the dining room.

• The organ is a movie prop from the Disney film, 20,000 Leagues Under the Sea. It can be seen on the far left side of the dining room.

• The bride found in the attic is named Constance Hatchaway. The attic scene has changed over the years, but has always featured a bride. Hatchaway appears twice on the ride; once in the stretching room when she is sitting on the tombstone that reads “Rest in Peace – Dear Beloved George.” She is also seen in the attic when she raises her ax on many of her past relationships… And the connections continue. The owner of the Hollywood Tower Hotel, aka, the Tower of Terror, is George Hightower, aka, poor Beloved George…

• The Hatbox Ghost has reappeared. Although he was present during Haunted Mansion’s opening months, the trick did not work so well, so Imagineers made him disappear. The Hat Box Ghost made his return in 2015 as part of the 60th Anniversary celebration. Check out a short video of the how the Hat Box Ghost’s head switches places from the ghost’s shoulders to the hat box.

• Pick up a hitchhiking ghost. After traveling through the cemetery with many hidden secrets, your ride comes to an end after hitchhiking ghosts catch a ride with you in your Doom Buggy! Their unofficial names are Phineas (Traveler), Ezra (Skelton), and Gus (Prisoner).

• Leota haunts you twice! Little Leota, named after Madame Leota from the séance room invites you to come back with your death certificate. There are 999 happy haunts and always room for one more! 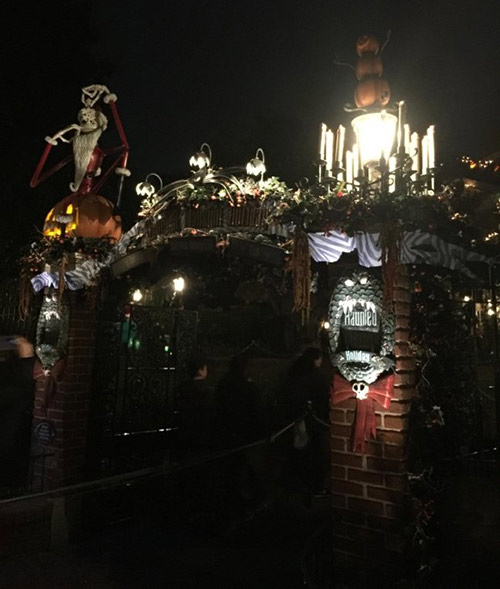 • Bonus: Walt Disney World features a Haunted Mansion of its own and has unique things to see… The attraction features an interactive queuing line. Complete with a ghostly organ that interacts with the player. 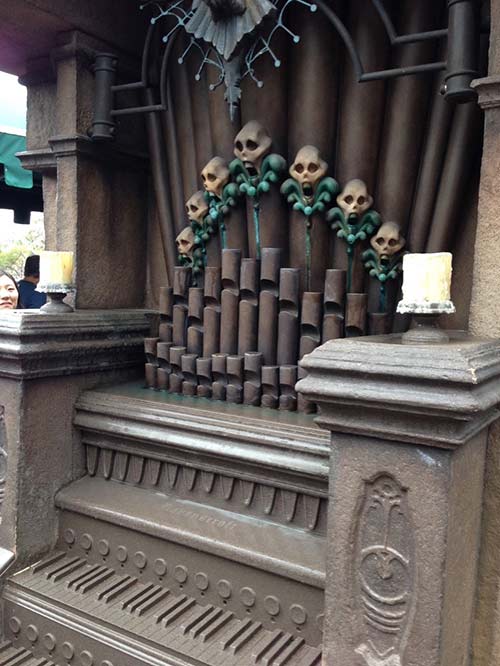 • The Walt Disney World graveyard features a headstone that comes alive – look for Leota’s face and eye movement when you walk past her headstone. Other differences include ghostly footprints on stairs and a digital hitchhiking ghost scene where Phineas, Gus, and Ezra exchange heads and have ghostly fun with guests in their doom buggies near the end of the attraction. 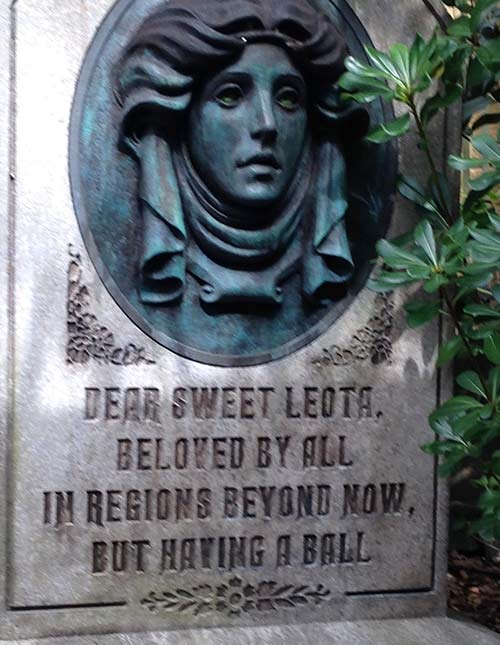 Create amazing tales with your family at the Disneyland Resort.  The Get Away Today team can help you create a hauntingly great time and the perfect trip for your family with everything from discount park tickets to the most affordable hotel accommodations. Call Get Away Today's experts at 855-GET-AWAY, or check out our Disneyland packages online. We hope to see you soon! 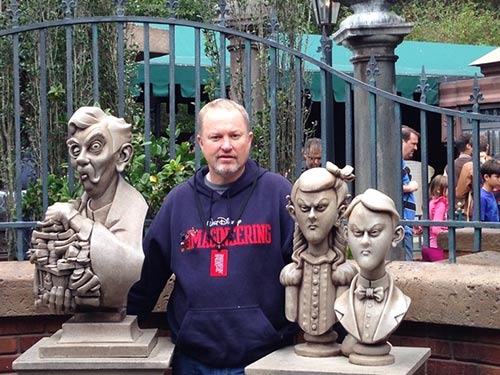 Chris Dallin is a Disneyland fanatic. He travels to Disney parks several times a year and continues to find hidden gems, adventure, joy, and magic in the Happiest Place on Earth. Tune into future blogs for additional ways to experience Disney parks. 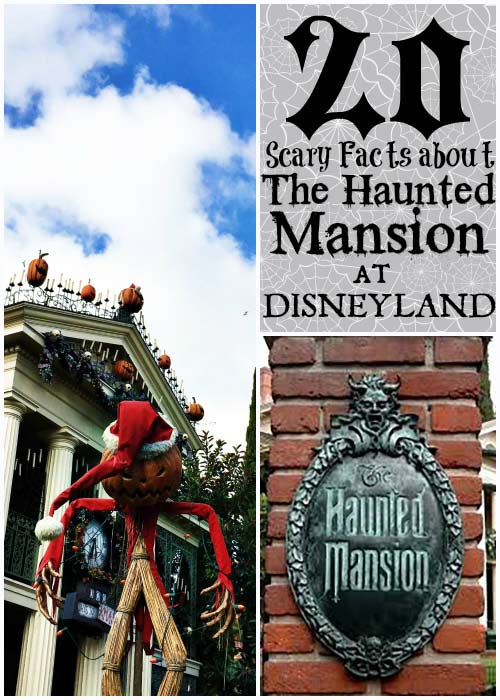 I love this article! The Haunted Mansion has always been my favorite ride and I love researching it!

Great article - I loved working Mansion and it was my favorite. (I'm pretty sure Boris Karloff was the voice of the Grinch...not Frees. But Frees did work on the Rankin-Bass Christmas cartoons). He was an amazing talent!