Are you a Disneyland expert? We have 23 facts about Disneyland transportation you may not know. 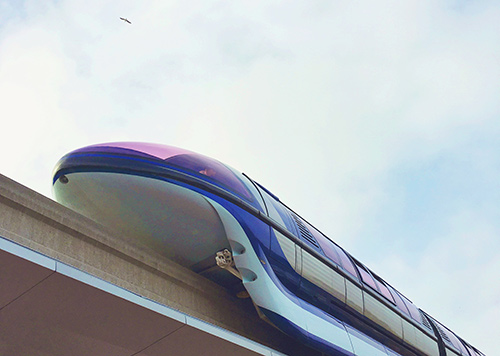 The new year marks almost 62 years of operation for Disneyland. The park is known for being a place to experience a bit of the past and future at the same time, especially considering the classical attractions that have been functioning since opening in 1955. It’s one of the only places guests can ride a horse-drawn streetcar down Main Street before taking off in a steam propelled river boat or futuristic monorail only minutes later. 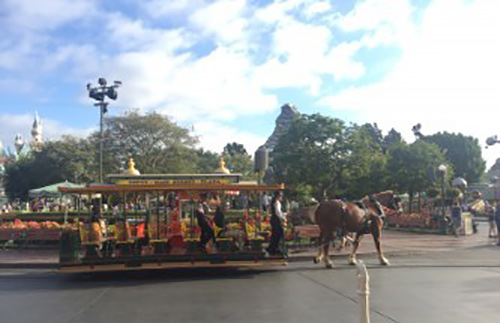 Whatever your favorite mode of transport, join along as we travel through 23 fun facts about the Disneyland transportation options:

1. Ride any of the Main Street Vehicles early in the mornings, before crowds arrive. You can take the opportunity to chat with the drivers of the vehicles, who are always excited to share their immense knowledge of the parks.

2. The horse-drawn streetcars of Main Street are a family favorite when considering Disneyland transportation options. The horses that pull these vehicles used to be kept on property at what was fondly known as “Circle D Ranch.” It has recently been moved due to the expansion for Star Wars Land, although you can still find the horses clip-clopping down Main Street each day. 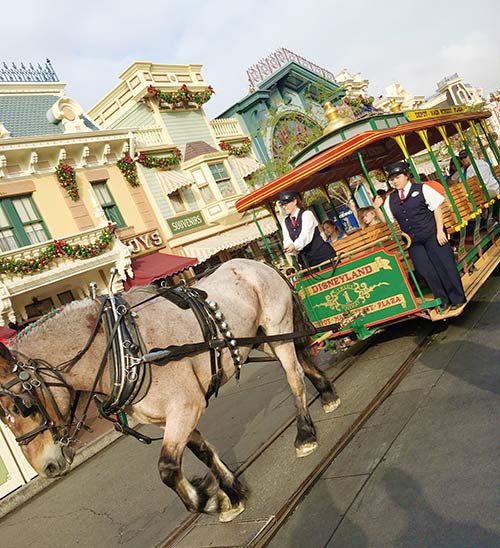 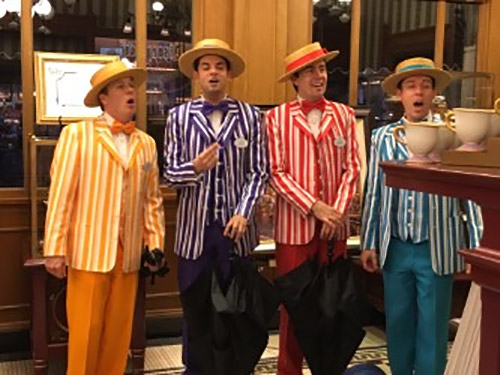 4. Disney cast members have confirmed that each horse works no more than four hours a day. Of course Disney takes excellent care of their animals and it's nice to not worry about tired or overworked animals when you use this method of Disneyland transportation.

5. Another fun fact is that the horses, just like all other cast members, wear name tags. Make sure to try and catch a glimpse of your carriage’s “horse power” on your next trip!

6. The Omnibus is the gas-powered, open-air 2-story bus that drives around Main Street every so often. While this reminds guests of vintage tour vehicles in early Los Angeles, it’s also a great spot for photography! You might even be able to get that perfect picture of Sleeping Beauty’s Castle from the second story of this Disneyland transportation option. 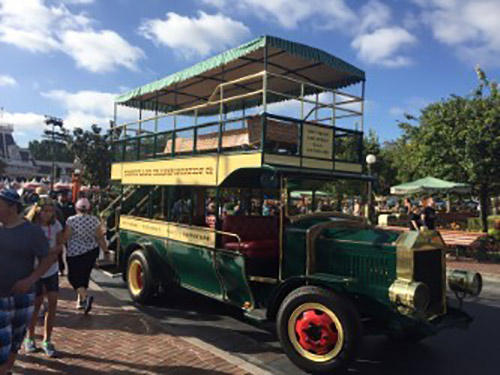 7. The original Main Street U.S.A. Fire Engine is permanently parked at the Fire Station, but the new replica can still transport up to eight guests down Main Street. 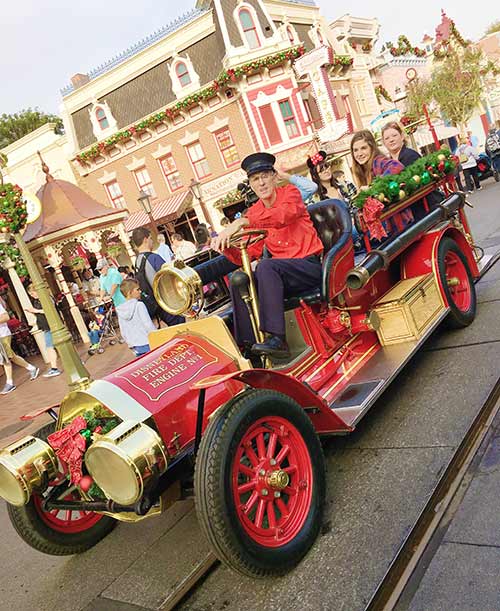 8. The Jitney is another fun Disneyland transportation option that is modeled after the early automobile without a roof. Most don’t realize it, but the sounds of the Jitney are often featured on Disneyland park soundtracks!

9. Walt Disney’s love of trains started long before Disneyland opened. He and his friends built a miniature railroad, dubbed the Carolwood Pacific Railroad because of this home address, in his backyard. Walt also built the steam engine that ran on the track, naming it Lilly Belle after his wife Lillian. You can find a replica of the mini-steam locomotive at the Main Street Railroad Station in Disneyland, or the original in the Walt Disney Family Museum in San Francisco. It’s no wonder trains are such a big part of the Disneyland transportation system.

10. Financing for Disneyland wasn’t always easy and Walt Disney often financed the attractions himself. The Disneyland Railroad, Mark Twain Riverboat and Monorail are just some of the transportation options he financed himself.

11. Walt personally owned the company that operated the Santa Fe and Disneyland Railroad franchise. The name of the company was Retlaw, “Walter” spelled backwords. The first cast members of the railroad and other transportation services in Disneyland had their checks signed by Walt himself. 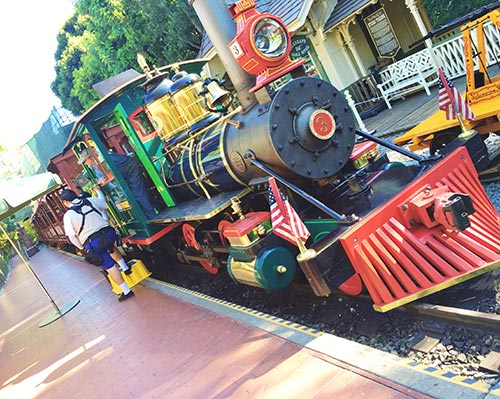 13. Today, there are five locomotives used for Disneyland transportation. Four are named after Santa Fe executives: C.K. Holiday, E.P. Ripley, Fred Gurley and Ernest S. Marsh. The fifth was added for the 50th Anniversary in 2005 and named after Ward Kimball, a Disney Imagineer and animator. 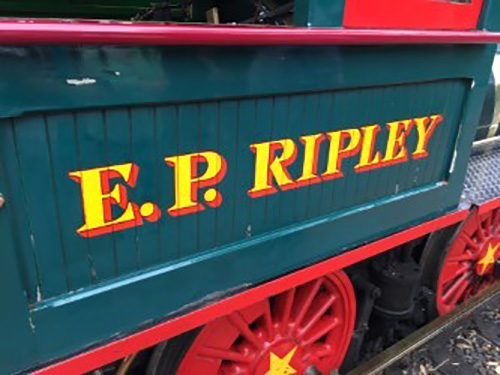 14. The oldest of the locomotives is Fred Gurley, built in 1894. Isn’t it crazy to think that you’ll be able to ride on something built so long ago when the Railroad reopens this summer? That’s not the oldest ride in the park, though. That distinction is held by King Arthur’s Carousel, originally built in 1875.

15. All of the Disneyland locomotives have been converted to use cooking oil from the Disneyland deep fryers. If you’re traveling through the train tunnel later this year, try and use your nose to see if you can smell French fries from the used oil! 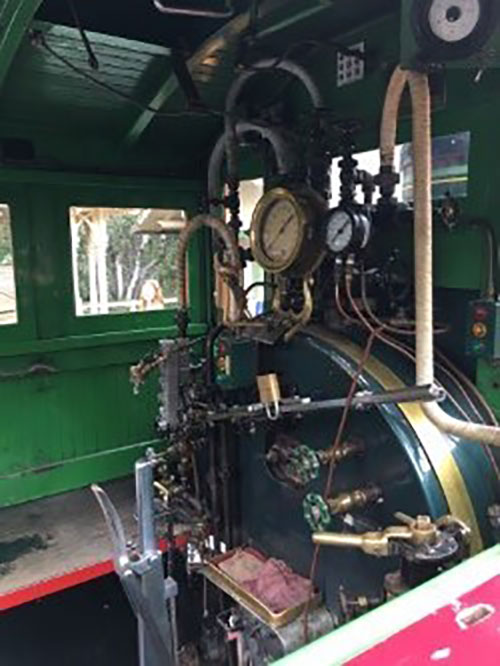 16. The storage area for the Disneyland transportation trains is near “it’s a small world." When you’re near the attraction, look to your right and see if you can find the tracks that lead to the train storage facility.

17. Disneyland Railroad cast members report that the goal is for three of the five trains to be in service on any given day. Each train is scheduled to reach the Main Street Station every twenty minutes so that they match parade and closing times.

18. The trains and Mark Twain Riverboat exchange greetings in passing. Oftentimes, one will use their whistle to play the first five notes of “Shave and a Haircut” and the other will finish with the final two notes. It’s just one of those magical touches of the Disneyland transportation system! 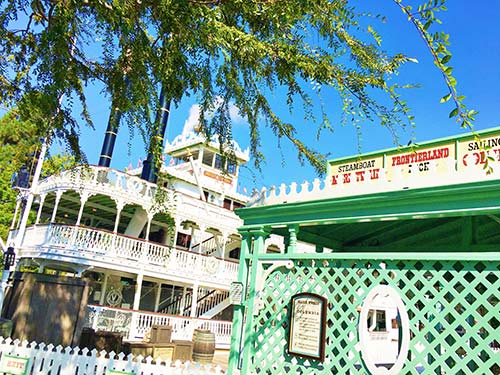 19. The Disneyland Railroad travels through time! Well, not really, but it passes through a few different eras on its trip around the park.  The track used to be a total of 1.2 miles, although that has likely changed with the new track being slightly shortened to make room for Star Wars Land. Even with the shorter track, you’ll still be visiting Main Street station, Frontierland station, Mickey’s Toontown station and Tomorrowland station when you opt for this method of Disneyland transportation.

20. In 1976, the Disney family added a special Presidential Railroad Car to the Disneyland Railroad in celebration of America’s bicentennial. The car was named the Lilly Belle as homage to Walt’s wife and the Carolwood Pacific Railroad. Guests were invited to ride in the car with an appointment during the 50th Anniversary, but that is no longer allowed. However, rumor has it that lucky guests occasionally get to ride on the “secret car” from time to time. 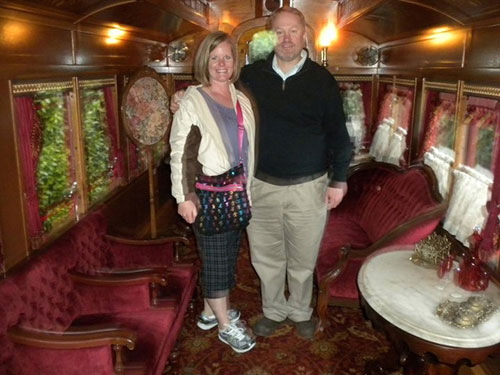 21. The Monorail was built as part of Disneyland’s “E-Ticket” expansion in 1959. Walt invited Vice President Richard Nixon to the ribbon cutting ceremony and let Nixon’s daughters have the honor of cutting the ribbon. The scissors didn’t cooperate and Walt ended up having to rip the ribbon himself. It’s rumored that Walt took the Nixon family for the first ride on the brand-new Disneyland transportation system and forgot to include the Secret Service team, essentially “kidnapping the Vice President.” While this hasn’t been confirmed, it’s quite a fun story to believe! 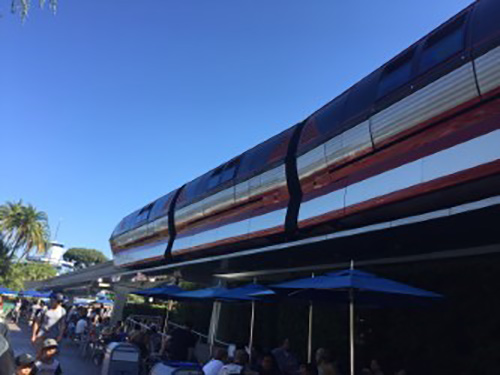 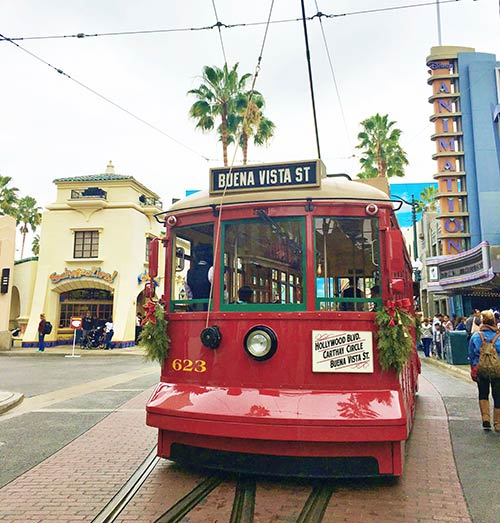 23. The trolley is part of the “Red Car Trolley News Boys” show that features Mickey Mouse along with some amazing 1920s talent. You might just feel like you’re getting a glimpse of Disney’s Broadway play and film “Newsies” when you catch a ride on this Disneyland transportation system. 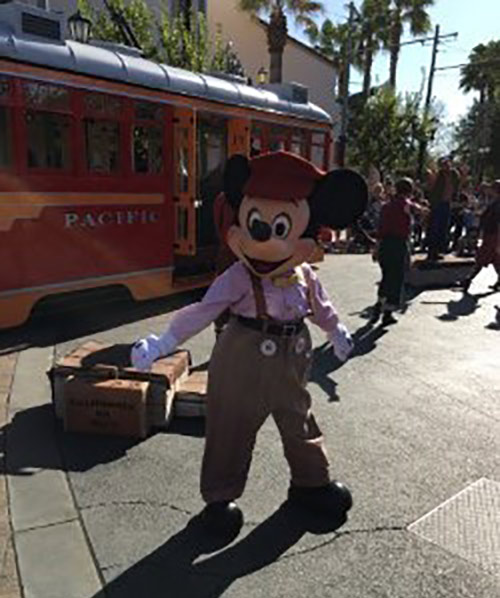 When you're ready to catch a ride to Disneyland, we can guide you to create the perfect vacation for your family. You'll love our discount park tickets, park tips and the best prices on hotels near Disneyland. The Disneyland Railroad is set to re-open this summer and sure to be a hit, so book now for the best availability. Book your Disneyland package online or give our travel experts a call at 855-GET-AWAY. 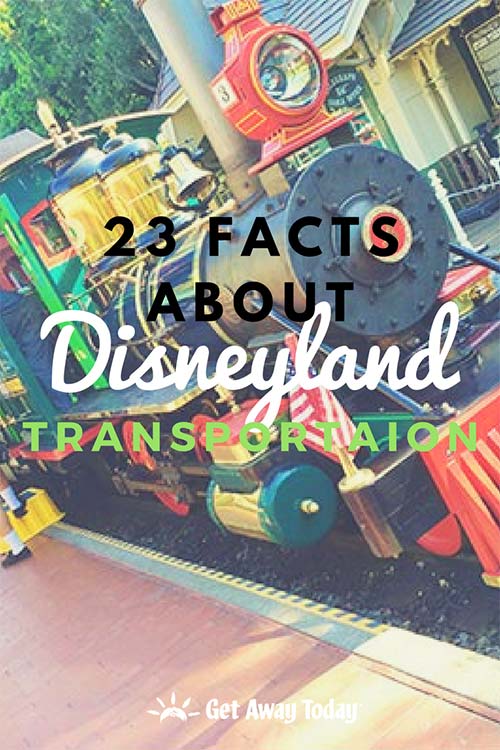 Anonymous- WOW! Thank you so much for sharing. It's always so wonderful to hear about some Disney-related history first-hand.

I worked on the mules when I was 18 yrs old, back in 1970. I was Hired by Dolly and Owen Pope at the "Pony Farm" I knew Frank, Levi, Jim Lindsey who managed the mules and ChuckBrock (who had his moustache when Walt hired him and was not required to shave it per Disney "dress code" )