With the holiday magic brewing and The Wizarding World of Harry Potter opening day announcement, magic has been in the air all season long! While the kids are out of school for the holidays, I thought it would be fun to brew up a little bit of Harry Pottermagic at home to celebrate The Wizarding World of Harry Potter opening April, 7 2016 at Universal Studios Hollywood. I am so excitedto explore Hogwarts castle and walk the streets of Hogsmeade. It isgoing to be a truly magical experience.

I can never decide if Professor Snape is a good wizard or a bad wizard in the Harry Potter series. He is so mean to Harry. Yet, Dumbledore trusts him. And no spoilers, but wow, the last book. Either way, Snape is very good at making potions, and I took a page out of his book.

I have made this potion several times and it never fails to deliver an awesome "wow" factor. Kids love adding the creepy ingredients, chanting the spell, and watching the potion come to life before their eyes. It is the perfect recipe to create a little magic in your home!

The potion calls for a list of mystical and magical ingredients. I prefer to keep the "real" ingredient identities a mystery so the spectators can truly immerse themselves in the experience as if we are at Hogwarts. During the presentation, always refer to the items by their "magical" names. Before you begin, collect the following: 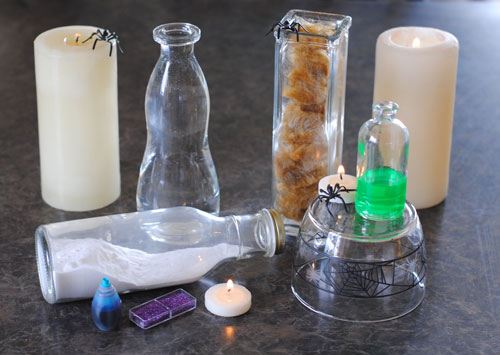 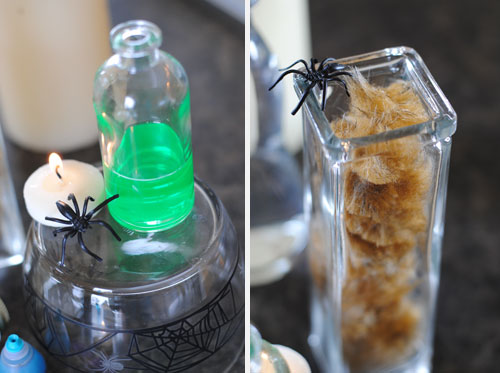 I have found that the best way to present this activity is to use a tall clear vase instead of a black cauldron for mixing the ingredients. Kids love to be able to see what the potion looks like. It is hard to watch the potion mix together and change in a dark cauldron.

You can choose whether or not to add all of the ingredients yourself or let your tiny wizards help. I think it is the most fun when the kids get to participate! They sure love touching the werewolf hair and tossing in the spiders. The more involved they get to be, the better!

Make sure to play it up as you add the individual items to the potion. You could tell the kids that you had to go into the deep dark forest to find a werewolf den and that you snipped the hair off his back while he was sleeping. Or, that you visited a zoo for mystical creatures and found a giant blue dragon. You collected some of his blood after he scratched his arm in a fierce battle with a knight. Or, you flew to Pixie Hollow and Tinkerbell gave you a vile of her special pixie dust. Be creative and make it exciting! 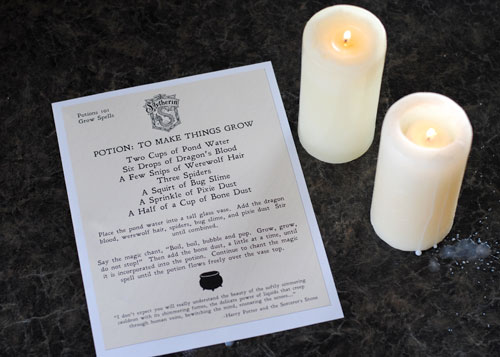 Pour the Pond Water into the vase. Add a few drops of Dragon Blood. (You can use any color of food coloring you want.) The dragon blood makes cool shapes as it swirls into the pond water. 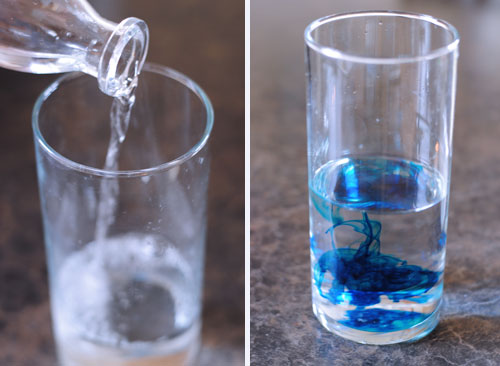 Sprinkle in the Werewolf Hair.

To get the hair, I trimmed the fur off of some furry fabric that I bought to make a wolf costume. Most craft stores sell small squares of furry fabric next to the felt squares. They are very common and cheap. The fur works best in the potion if you sprinkle it on instead of putting it in as giant clumps. 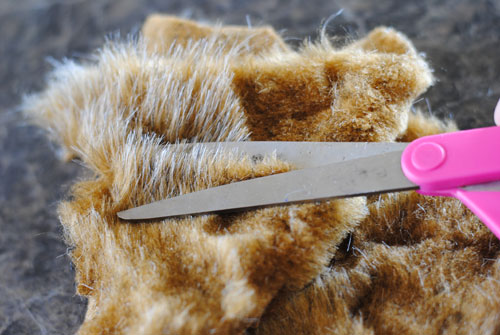 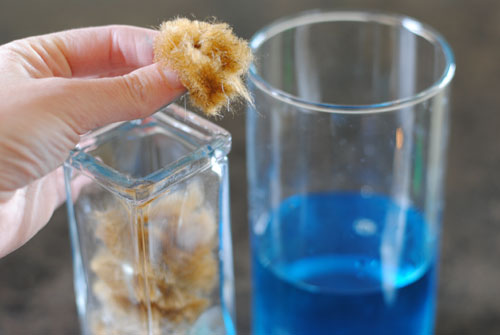 Add about a Tablespoon of the Bug Slime. 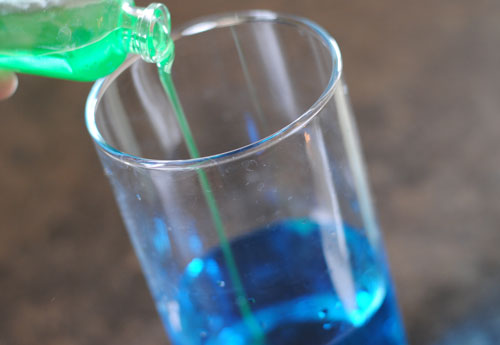 Toss in the Spiders and sprinkle some Pixie Dust on top. Stir and swirl so that all the ingredients are combined. 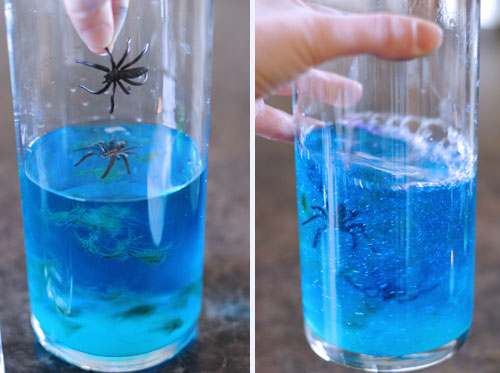 Place the vase into a large bowl. Your potion is going to grow quite a bit. It will overflow. Make sure you have something to catch the mess.

Then, you will need to teach the wizards a magic spell. The chant goes like this, "Boil, boil, bubble and pop! Grow, grow, do not stop!" Let the wizards repeat the chant a few times so that everyone knows the spell before you add the final ingredient. 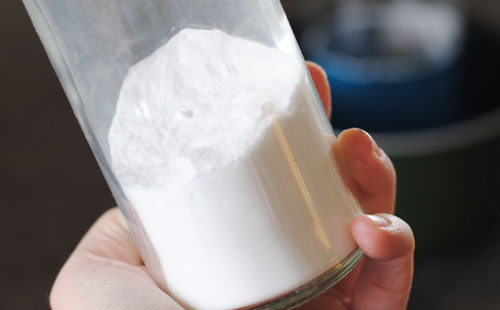 The baking soda combined with the vinegar is what makes this potion active. The bug slime (soap) makes it bubbly. All of the other ingredients are just for fun! 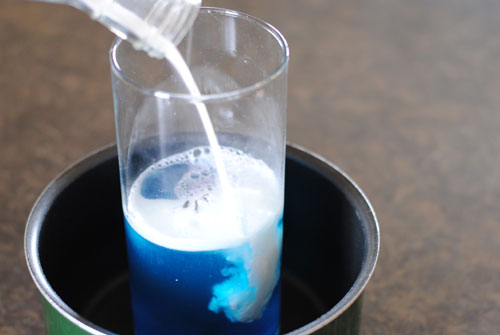 Then, as you pour the Bone Powder into to the potion, say the magic spell together as a group. I suggest chanting the spell as the potion begins to bubble and expand. The kids usually get louder and louder as the potion grows and grows! It is so fun. 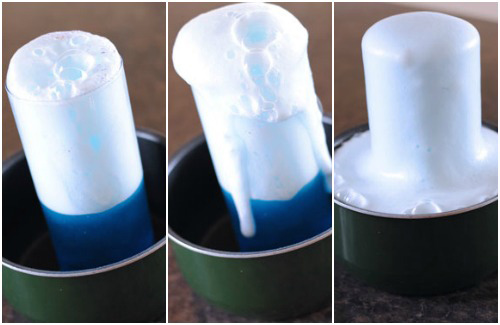 Let the little wizards inspect the potion after the spell is complete. It is fun to see the hair and the pixie dust in the bubbles. 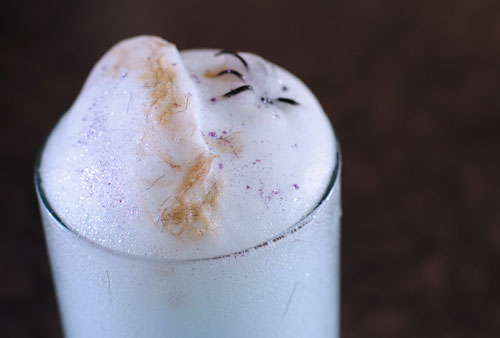 I hope you have fun with this magic potion! Snape would be impressed with your potion homework and now it is time to put your magic knowledge to the test at Hogwarts! Opening April 7, 2016 at Universal Studios Hollywood, the Wizarding World of Harry Potter is accepting wizards and muggles alike. Join in on the magic of Hogsmeade, The Forbidden Journey, Flight of the Hippogriff and so much more! Book your Universal Studios Hollywood package online or call our agents at 855-GET-AWAY. 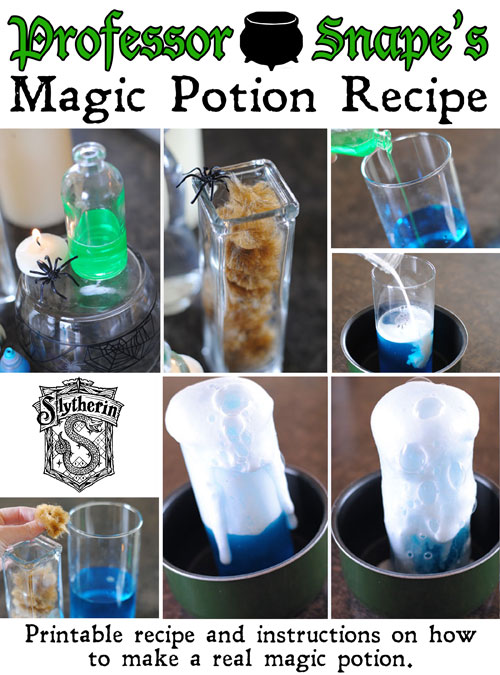 Gaynor- Thanks for stopping by the blog! We're glad to hear this will be helpful for the kids you teach.

I teach English as a second language to 9-12 year olds. This is perfect. Thank you.

This looks perfect for a library event I'm planning. Thanks for sharing this!