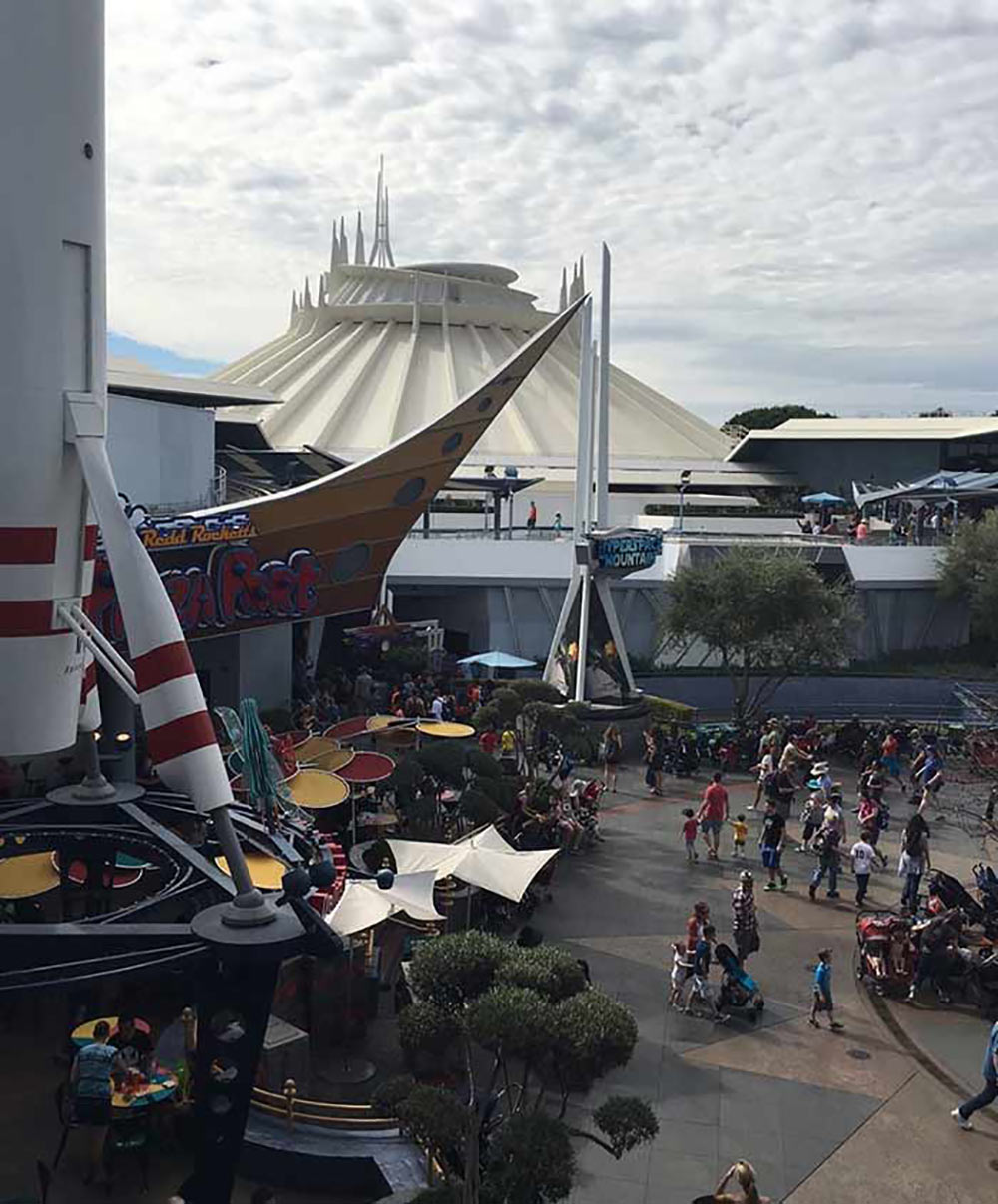 Space Mountain in the distance is a Disney fan favorite. The Moonliner in the foreground was originally located at the entrance to Tomorrowland, but now overlooks the entrance to Space Mountain. A twin can be found on top of a building in Kansas City, visible from Walt Disney’s first professional office, where the Disney Brothers and Ub Iwerks created Laugh O Gram movie shorts and the Alice Comedies. Soon thereafter, Walt left with an Alice Comedy and $40 to try and make it Hollywood. The rest, they say, is history. 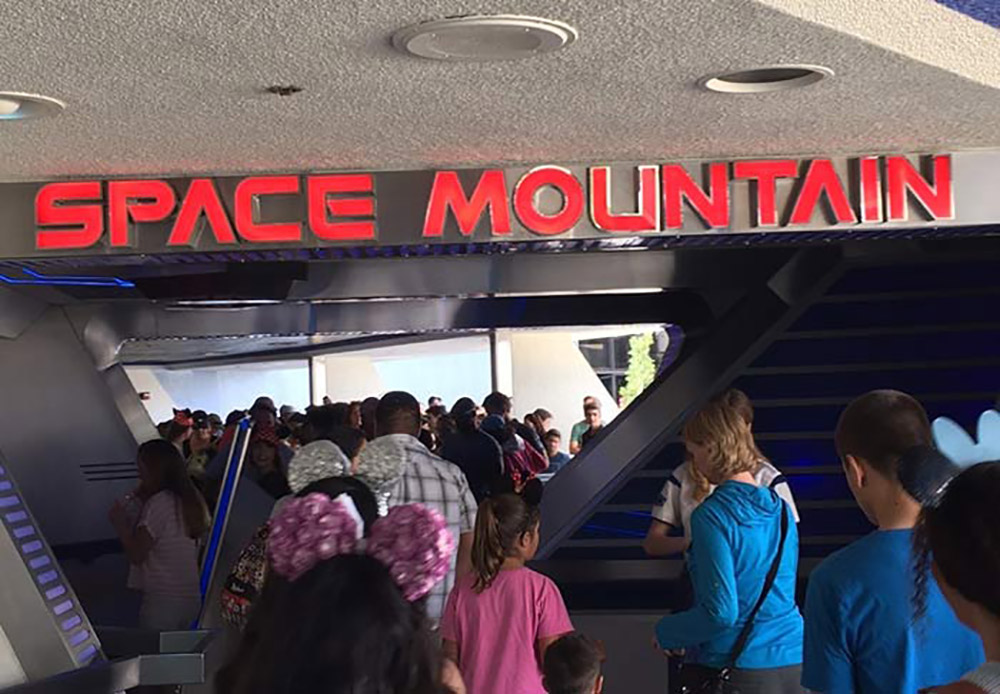 Space Mountain is an indoor roller coaster in the dark. It is one of the park’s most popular attractions. Located on the far end of Tomorrowland, the attraction allows guests to take an adventure in space on their own rocket ship. 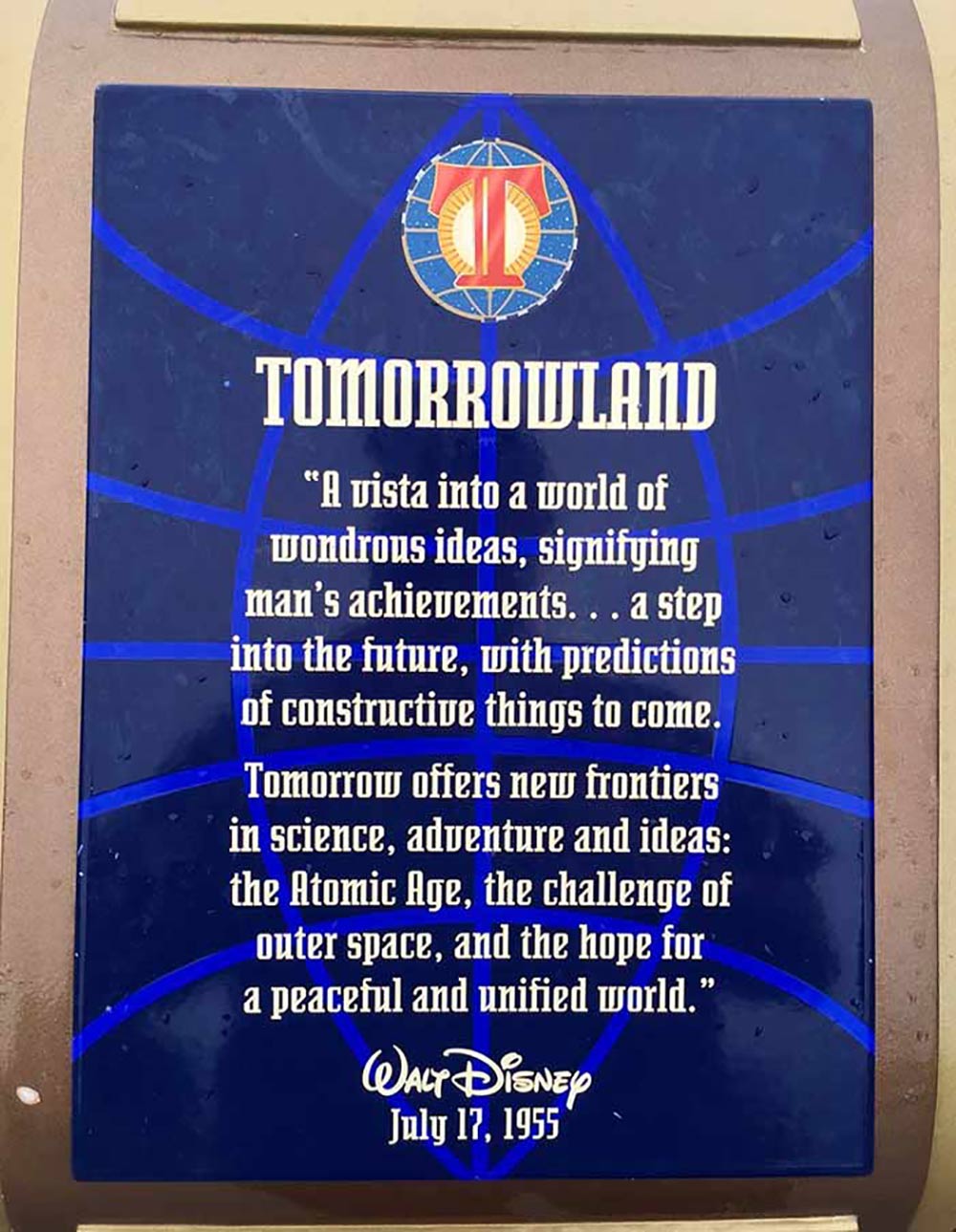 When Walt Disney opened Disneyland in 1955, Tomorrowland was created to represent the distant future of 1983. Since then many attractions have come and gone, but one of the most popular has been Space Mountain. Once connected to the People Mover and a “moving sidewalk,” Disneyland fanatics continue to argue about bringing back classic attractions or embracing additional attractions yet to be seen. Either way, you’ll love your adventure in Tomorrowland.
To reduce wait times, don’t forget to use Disney’s FASTPASS service. In addition, the rider switch pass service is available for families with riders who aren't tall enough to ride. Learn more about Disney's Rider Switch service in our article: What to do with Young Kids During Rider Switch at Disneyland. 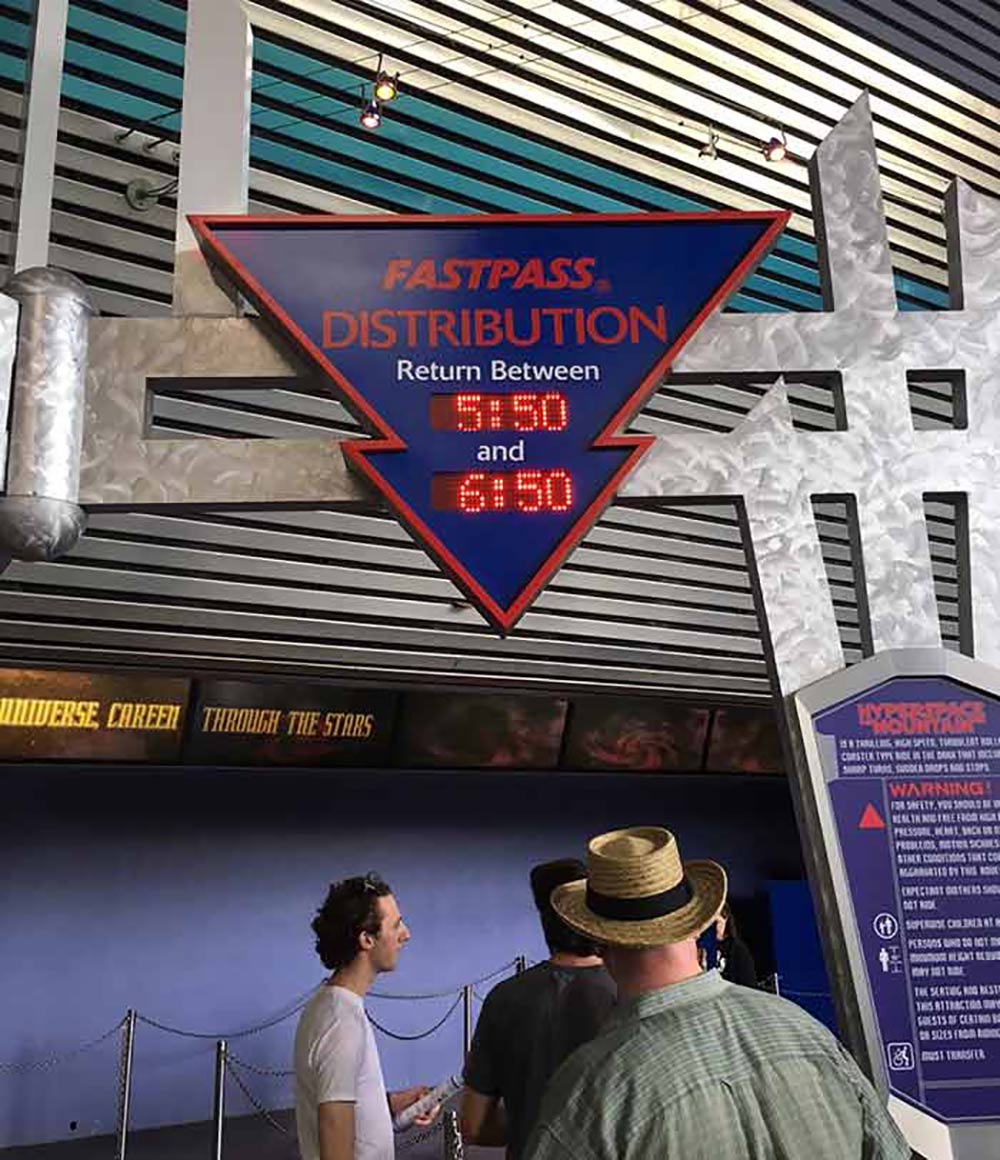 And now, onto our top 10 secrets of Space Mountain at Disneyland:
#10. Space Mountain opened May 27, 1977 – the opening brought aboard six of the original NASA Mercury astronauts, including Senator John Glenn and Alan Shepard.
#9. Space Mountain was designed by John Hench, an employee of the Walt Disney Company for more than 60 years.  Hench was also the official artist of Mickey Mouse, he painted versions for Mickey’s 25th, 50th, and 75th birthdays. Hench not only received the Disney Legend Award, but his name appears in the queue line of Space Mountain as an homage to his vision of the future. Make sure that you look up as you walk through the corridors to catch a glimpse of the unique way that Space Mountain honors its creator. 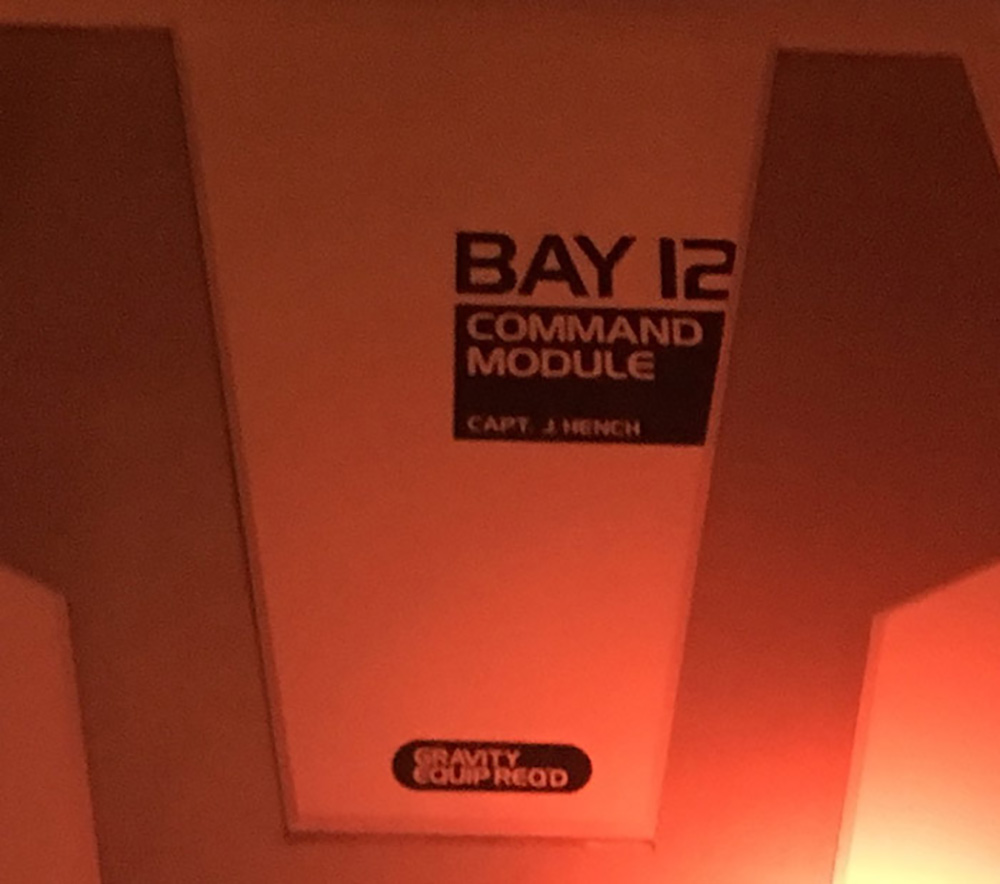 #8. Because of its height, the attraction was built 15 feet under ground to ensure that it did not overpower the rest of the park’s attractions and to comply with Anaheim building codes. Next month we'll post about how Walt Disney himself overcame the city codes with the height of the Matterhorn.
Space Mountain features inner corridors to explore as you make your way to launch area. The queue line is designed to be similar to the internal walk ways of what imagineers thought a space station might be like. 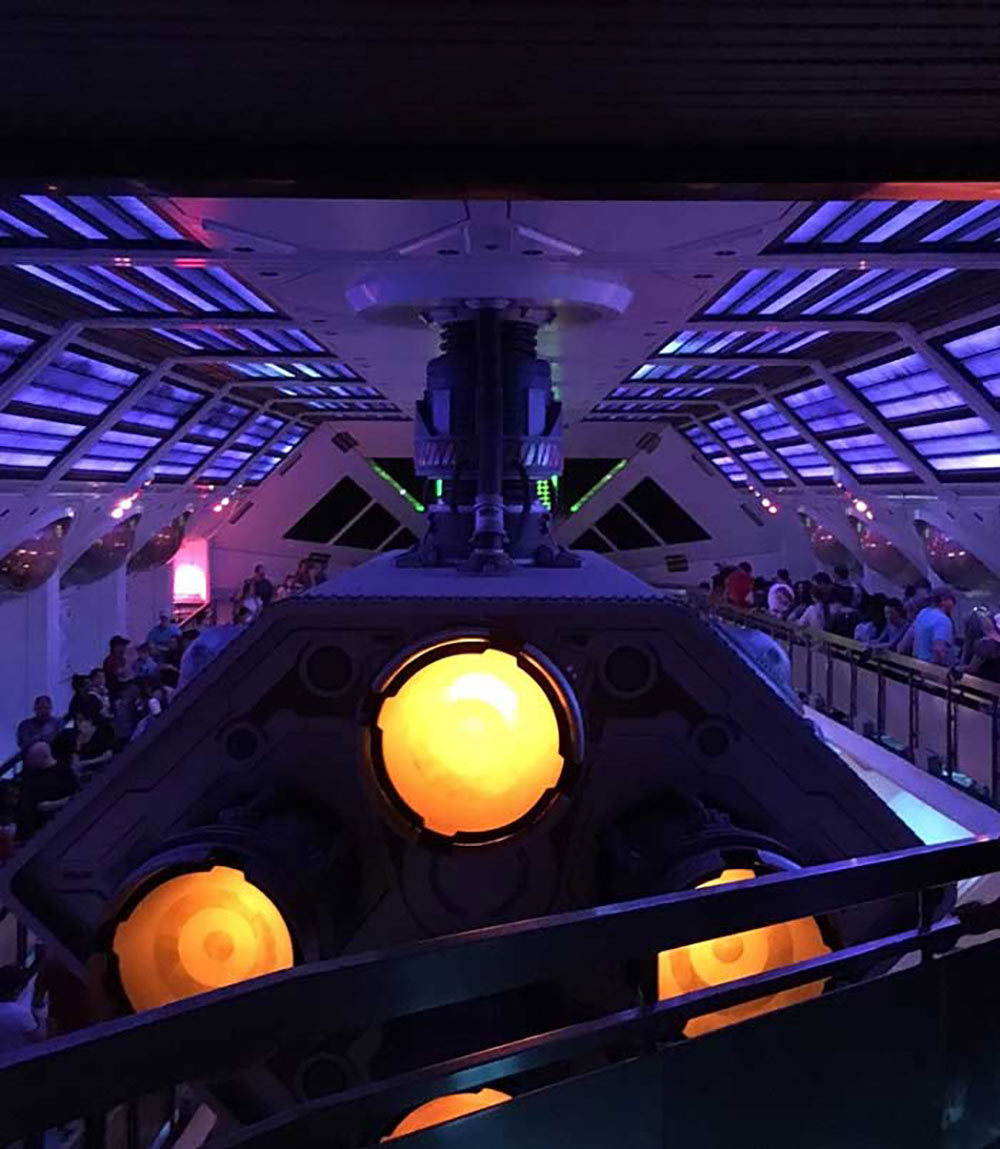 #7. Space Mountain not only tries to replicate space travel, it is futuristic. The steel tubes that make up the track system are pressurized with air. It is a high-tech safety feature that tells Imagineers if there might be any cracks or irregularities in the track.
#6. Similar to the Matterhorn, Space Mountain ironically uses gravity to function. The “space rockets” are taken to the top of the attraction similar to a classic roller coaster and then gravity takes it from there. After loading and “taking off” there is a cast member that is running the attraction. Part of the job is to weigh the rocket to ensure that a heavier car does not catch up with a lighter one. So, to truly get the most out of the ride, go on the attraction with heaviest friends you can find. In addition, at the same location, there is approximately a 20-foot section of the track that is moveable. This allows cast members to load those that may need extra help. After loaded, the entire rocket and track quickly slides onto the main track. Make sure and watch the transition, it is entertaining and magical to watch the transition with virtually no time lost. 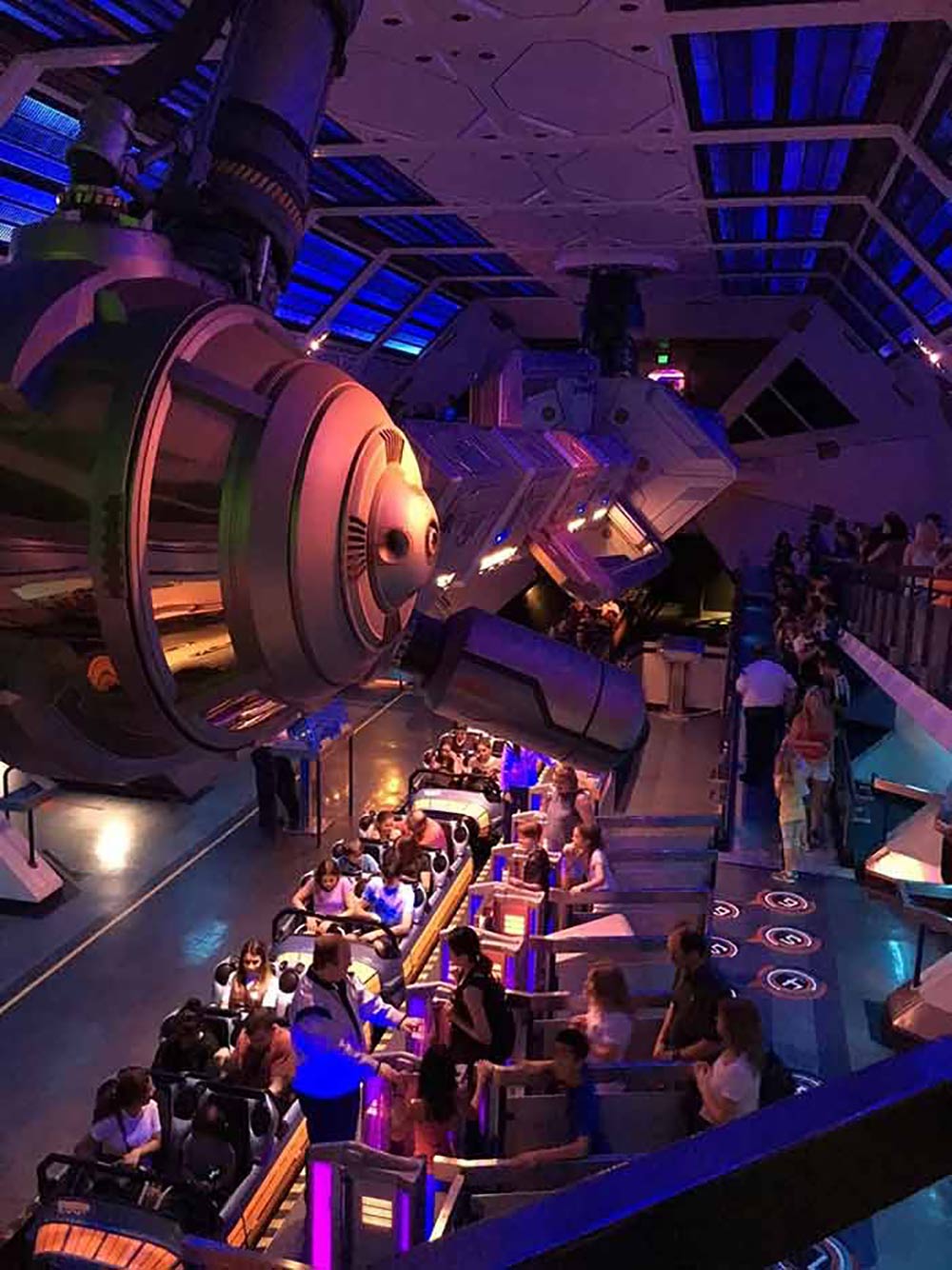 Soon after “take-off” look for the transition track and the cast member that operates the ride.
#5. In 1996, the on-board music track was added, adding a fun dimension that led the way to other music enriched attractions. According to a Space Mountain Cast member, the music brought two completely different musical genres together: sci-fi horror music and surf music! Once the original version returns pay attention to the foreboding music as your rocket makes the power transfer and then listen for the “surf rock” once gravity takes over!
#4. Space Mountain’s building is 200 feet in diameter and 118 feet high and has the capacity to put nearly 2,000 people an hour on its adventure through space!

#3. Your senses tell you that you are going really fast. One of the tricks is hidden in the darkness. Fans blow air on your space ship as you speed by; it makes guests think they are going much faster.

#2. Seasonal overlays bring diversity and exciting change to Space Mountain which continues to add to its popularity. During Halloween Time, Space Mountain is often transformed into Ghost Galaxy. The attraction uses projections of a large, foreboding space ghost that chases guests through the ride. 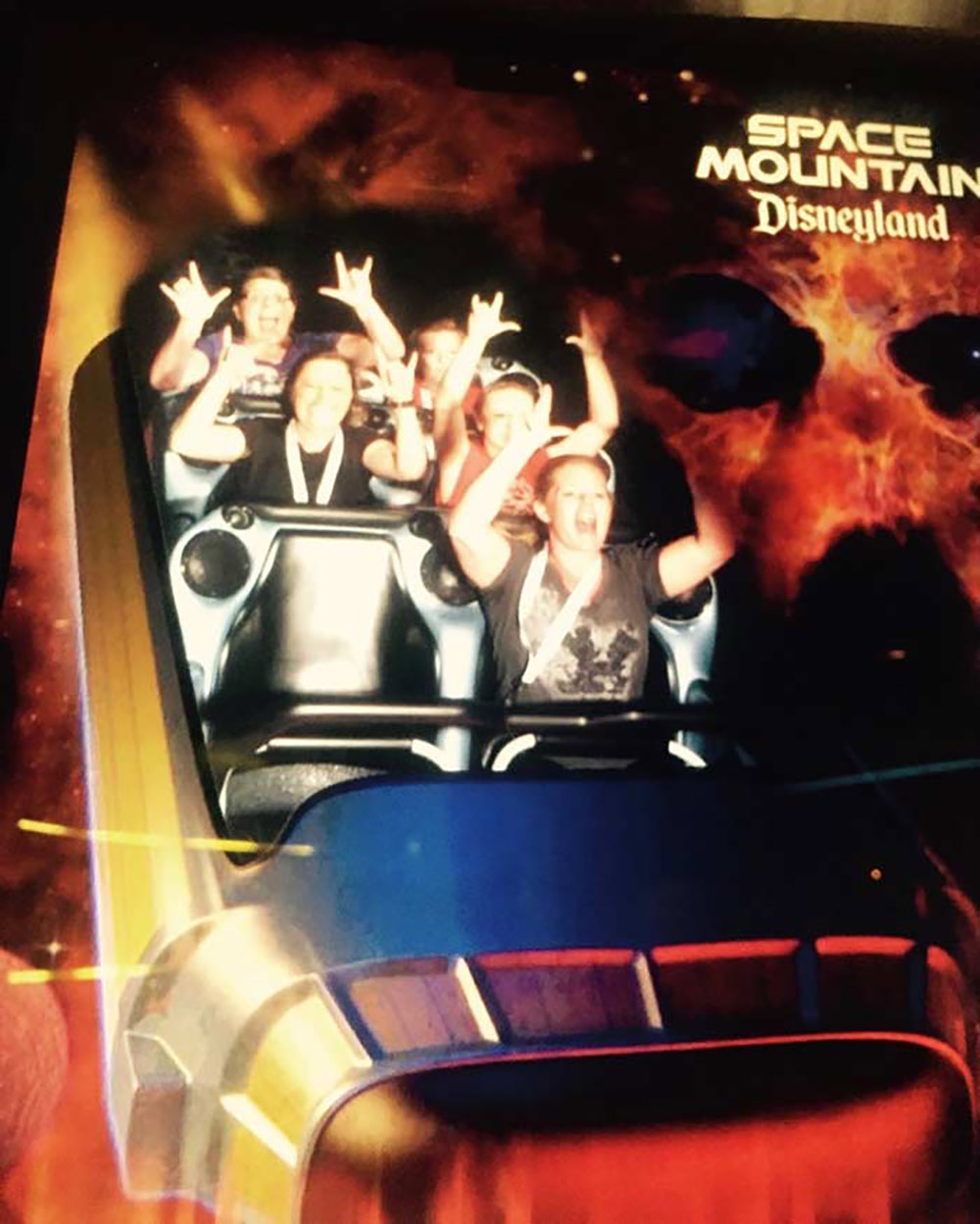 Don’t forget to look for the camera near the end of the attraction!
#1.  Since the introduction of Seasons of the Force, Space Mountain has changed to Hyperspace Mountain. Complete with a Star Wars theme, a John Williams sound track, Tie Fighters and X-Wing Star Fighters, guests feel like they are fighting against the Empire / First Order. Cast members tell us that Hyperspace Mountain is temporary, but are not quite sure when it might change back to the original theme…  Either way, hurry and see it before it jumps to hyperspace to a galaxy far, far away. 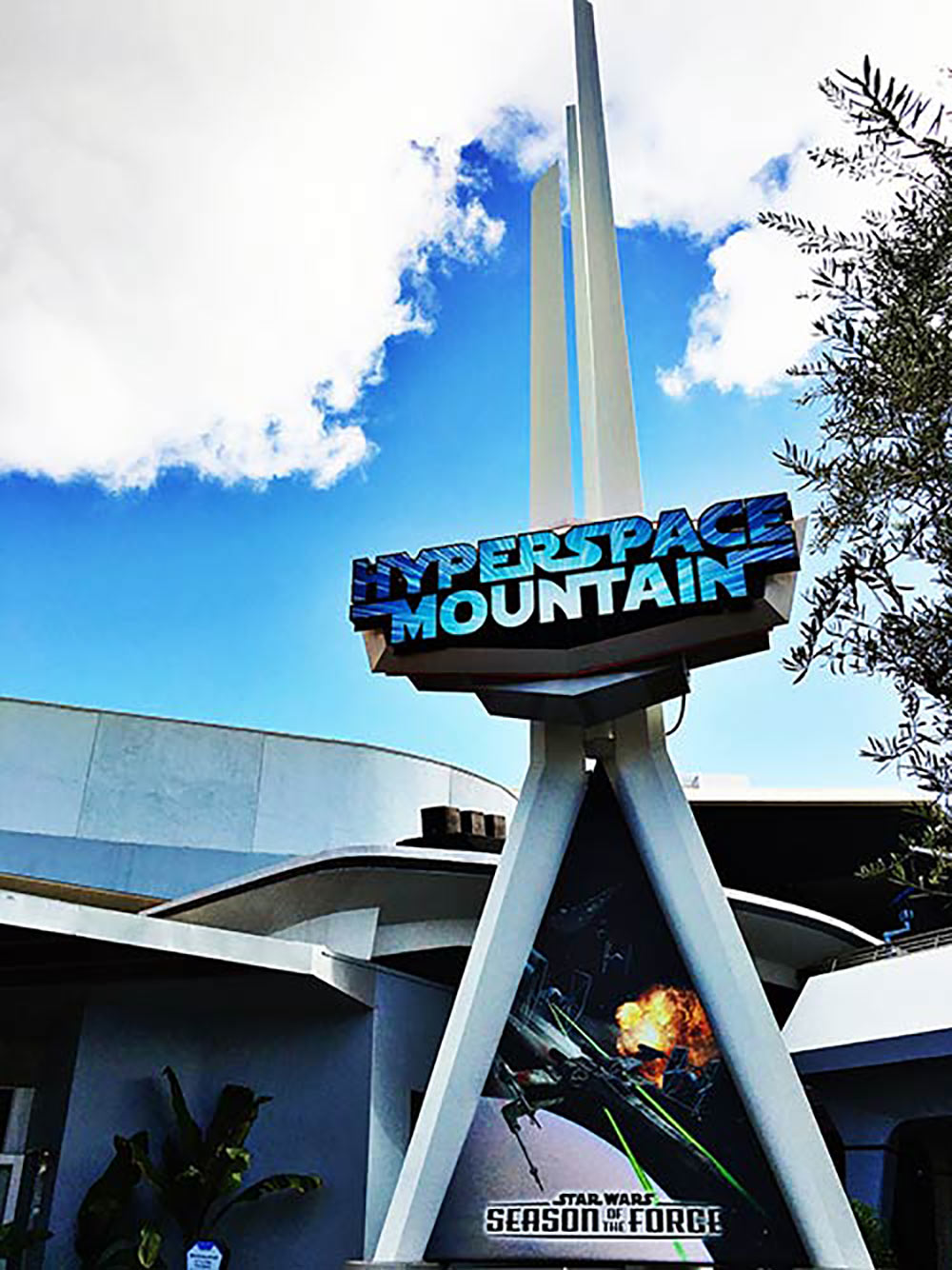 Make your next family adventure out of this world. Get Away Today can help you create the perfect adventure for your family with everything from discount park tickets, secrets to make your trip special and information to the most affordable hotel accommodations. Book your Disneyland package online or call our travel experts at 855-GET-AWAY. 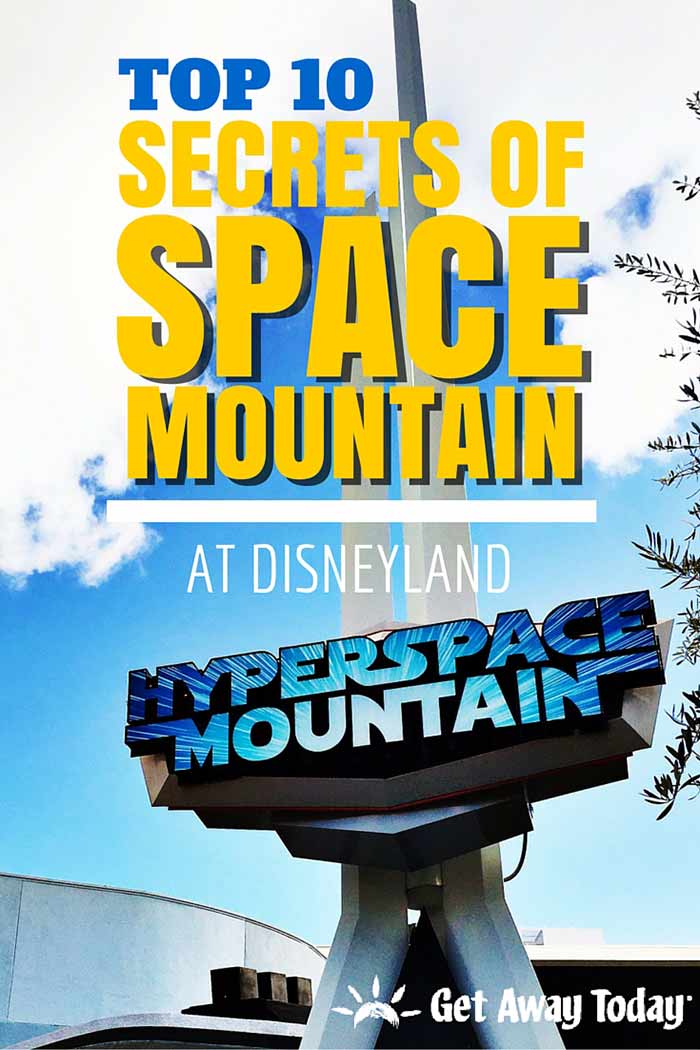