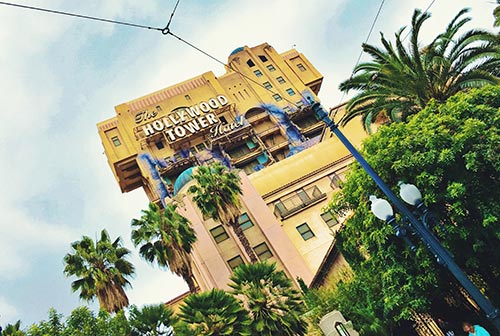 Beginning on Friday, September 9, each night The Tower of Terror will offer what they're terming a "Late Check-Out" to anyone will to brave the ride after twilight. "Late Check-Out" means that you'll ride the attraction like never before... in complete darkness! Eeeek!

Commemorative merchandise will be available so you can preserve your Tower of Terror memories long after the ride closes.

You'll also be able to find special food and beverage items celebrating the Tower of Terror.

You can get a photo op of yourself “checking out” of the Tower of Terror. Props like vintage luggage will be available for you to pose with in front of the Hollywood Tower Hotel marquee. 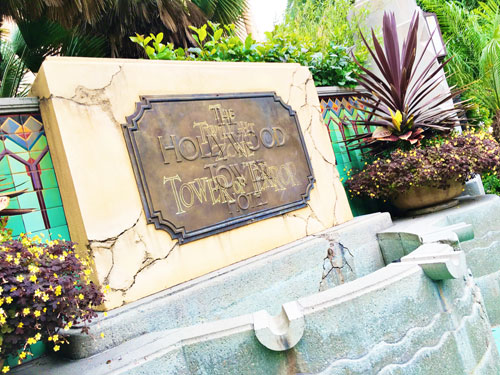 As a bonus, during Halloween Time at the Disneyland Resort (September 9 -October 31), you'll also be able to catch a special performance in from of the Hollywood Tower Hotel. The Silver Lake Sisters, of Buena Vista Street fame will be making their last (and ironically, first) performance in the park. The back story of the Silver Lake Sisters is that they were famous vaudeville singers who regularly performed at the rooftop lounge of the Hollywood Tower Hotel before it became the Tower of Terror on that fateful night. The sisters, named Dolly, Dottie and Ethel, later opened the Fiddler, Fifer & Practical Cafe on Buena Vista Street where today you can grab a cup of Starbucks or a quick lunch or dinner. Either way, you can find more about the story of The Silver Lake Sisters at the Cafe and see them live one final (and first!) time during the grand send off to The Tower of Terror. 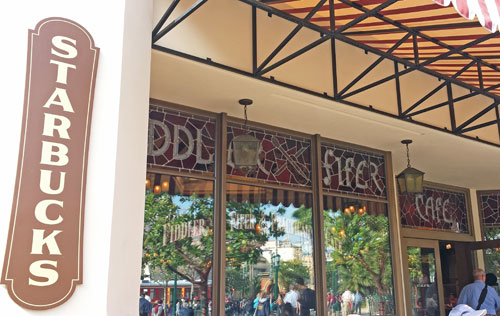 And finally, as sad as we are to see The Tower of Terror close at Disney California Adventure Park, we are happy to share with all fans of the attraction that The Tower of Terror at Disney's Hollywood Studios over on the East Coast at Walt Disney World will still remain. So, if you really need to get your Tower of Terror fix, we'd love to help you get to Florida in the future.

In the meantime, don't miss your final chance to check-out before the Tower of Terror closes! Visit during Halloween Time, September 9 - October 31 for the ultimate farewell to the iconic spooky attraction. Or, visit during the spirit of the Holidays of the Disneyland Resort which will begin sometime in mid-November and continue through the end of the year. Either way, just be sure you drop in to Disney California Adventure before January 2, 2017 to get your final ride aboard the Tower of Terror!

Take advantage of special offers like Adults at Kids' Prices on select dates, get an Extra Night Free at select Anaheim area hotels and more with our exclusive specials. All of our Disneyland packages can be booked online or you can call our reservation agents at 855-GET-AWAY for personalized assistance.

NEW Guardians of Galaxy - Mission: BREAKOUT! Everything You Need to Know
15 Things to Do During Mickey's Halloween Party If You Don't Have Tickets
An All New Disneyland Halloween Parade 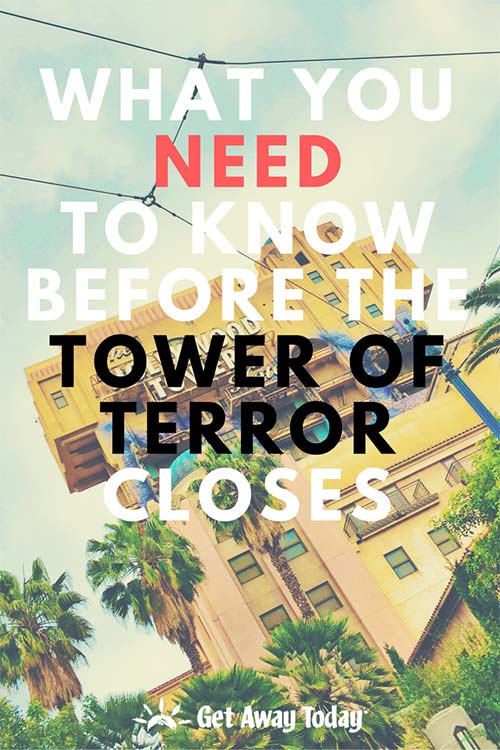 Dear getaway today website I still have no clue what tower of terror was but I love rocket raccoon!!! Btw I think I will be going in 2017 although January cause I am going to be seeing the original tower of terror then as my thing gets built in summer 2017 I will have fun with rocket raccoon and tickle his tummy then!!!!

Just note that the lines for this are horrendous! We were there 1st week of October and lines we're about 2 hours long....sometimes longer. We rode early in the day when they weren't too bad yet. At 1 point only 1 elevator was running. I believe that they stopped fast passes for this ride ( or at least they had when we were there the for a week).

Hi Steve, You'd need a 1-day park ticket for Disney California Adventure Park. We don't sell anything less than a 2-day ticket, but you can get them at the gate. :)

What is the minimum ticket required if all I want to do is ride the HToT?

I'm very disappointed that the tower of terror is closing. We are booking a February trip because last time my daughter wasn't tall enough. We loved that ride will be sad that it is gone when we go.

Sherri, Larry and Jill, Hopefully this will answer all of your questions. Up until now, Disney has been paying CBS for the rights for Tower of Terror for both rides. The contract is up, and Disney decided not to move forward with the California ride. (rumor is because of cost, but it hasn't been confirmed). When Disney bought Marvel, they got the rights to use their assets in their California parks, but because of Marvel's previous agreement with Universal in Florida, Disney is not able to use any Marvel characters there. Thus, the California ride is changing to something Disney owns (Marvel) and the Florida one is staying as is because Disney can't do Marvel there. Hope that helps clear some things up!

Hi Anonymous, no, you don't have to have to have a special pass for "Late Checkout," just be sure to ride after twilight! :)

The guardians of the galaxy is replacing the tower of terror marvel which is not Disney ??

Why are the changing the ride.

Will you need a special pass or reservation for riding Tower of Terror "Late Check Out" in total darkness? or is it just anytime after twilight?

NOOOOOOOOO!!! Do not do it that one of the reasons why my family and I go to Disney two time a year. That's a VERY BAD IDEA.... DONT do it plsssss.....

My family and i, went all the way from hawaii to ride the tower of terror, it was great, the atmosphere and everything just made that ride an experience, its very sad to see it go, im not a big fan of the guardians of the galaxy, but we'll see hopefullt dec 2017!

Our first day is January 2 , the kids and I will be there!!

Oh no!!!! That is our favorite ride in the park. It reminds me of me and my son's first solo cost to Disneyland. We stayed at the coast Anaheim hotel (also closed) where we had a view of the tower whole it was under construction. My son is now away at college so we must return during the Christmas holiday to say our farewells??

Nooooo, bad idea disney !!! Build a guardians of the galaxy some where else on the property, the park could use more teen/adult rides .

So sad...what does guardians have to do with Hollywood?

Hi Anonymous, Yes, you should be on time if you get there January 2. Don't waste any time getting a Fastpass!

Hi Sarah, Yes - it's going to turn into Guardians of the Galaxy - Mission: BREAKOUT! It's scheduled to open summer 2017 and you can find more information on it here: https://www.getawaytoday.com/blogs/2016-07-25/new-guardians-of-the-galaxy-mission-breakout-every

Our first day at Disney would be January 2nd and you mention that is the day of the final drop~ so we will be in time, right??