UPDATED JANUARY 2019 The year is coming to a close, but the party is just beginning in Southern California! If you're ringing in the New Year on vacation, here are some things you won't want to miss:

Disneyland Resort: Play at both Parks well into 2014 with extra entertainment taking place at all hours! Disney California Adventure Park will stay open until 1am on New Year's Eve and Disneyland will remain open until 2am. Disneyland will have three showings of Fantasmic and two fireworks shows. "Believe...In Holiday Magic" will light up the sky at 8:30 and a New Year's Eve "Fantasy in the Sky" Fireworks Spectacular will begin at 11:59pm. A final 2013 Mad T Party begins at 11:45pm and a third showing of World of Color will usher in the New Year beginning at 11:59pm. 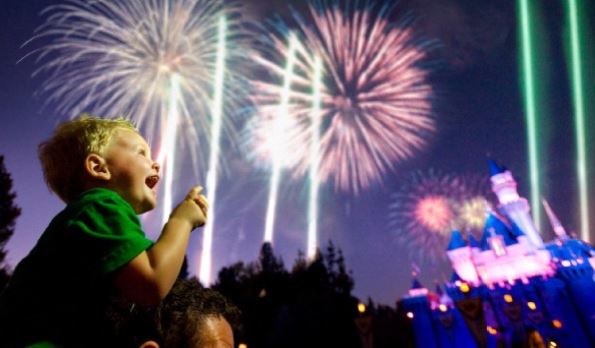 Sheraton Carlsbad Resort & Spa: One of our favorite hotels is hosting a New Year's Eve 50's Sock Hop Bash for the entire family! Families can play together or kids can hit the Kids Party Zone with a Gamer Room, face painting, air hockey and more. A DJ, adult buffet and champagne toast are all included with admission. It's sure to be a party you'll all love!

We still have a few rooms left for this New Year's Eve, so if you're up for a last minute getaway, book NOW online or call 855-GET-AWAY!  Or, get a head start on next year with our interest free Layaway Plan for just $175 down! Either way, we hope you have a Happy and Safe New Year!