The Matterhorn Bobsleds are an absolute staple at the Disneyland Resort... so much so that you can't find them anywhere else! There are so many fun rumors and stories of the Matterhorn Bobsleds, we wanted to give you the definitive list of the top secrets of the first steel tube track roller coaster in the world. (That one is for free!) Take a harrowing trip to the Swiss Alps to experience the thrilling adventure that only Disneyland could cook up. Now get ready for our 10 things you didn't know about the Matterhorn at Disneyland and be sure to "Remain seated please; Permanecer sentados por favor"! 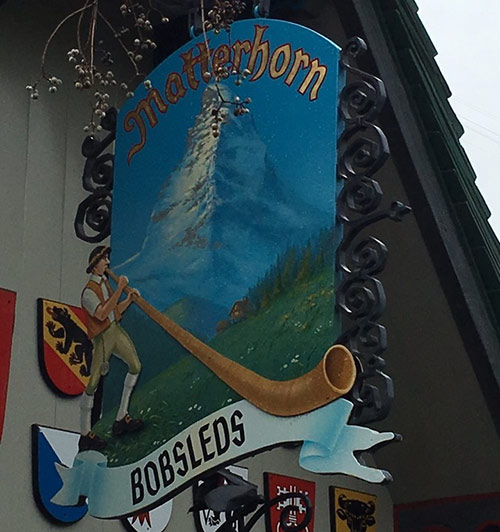 But first, we'll go through an overview a ride on the Matterhorn entails. After boarding your Matterhorn Bobsled, you are taken in the dark up a steep incline and hear the sounds of a mountain Yeti. Look close for his shadow and image peering through the ice! Once on top, the bobsled dashes through caves and scenes that pay homage to Disney past with a theatrical theme. Your bobsled flies through waterfalls and plummets into an alpine lake. The first of its kind in the world, the Matterhorn Bobsleds attraction is not only an amazing ride with a thrill, it is a historical gem that allows guests to visit the world’s first E-Ticket ride – but be careful there are signs of a mountain Yeti that is angry that bobsleds are slipping through his lair. 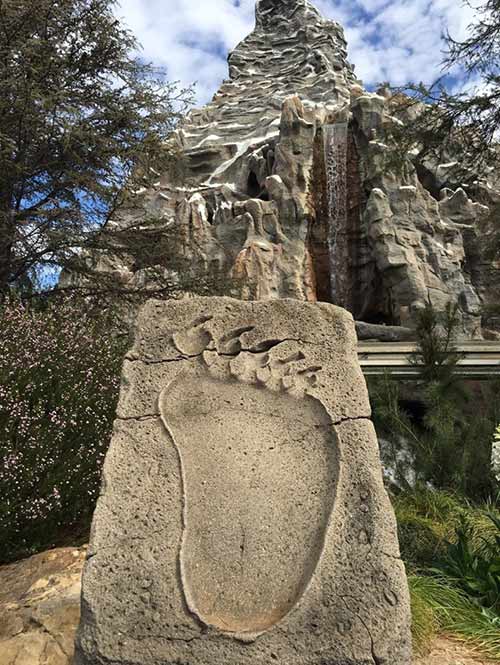 1. The Matterhorn was one of three first E-Ticket rides! Walt Disney productions made a film in Zermatt Switzerland called “Third Man on the Mountain” about climbers on the Matterhorn. Walt fell in love with the mountain and wanted a miniature for Disneyland. The Matterhorn Bobsleds opened along with the Disneyland Monorail and the Submarine Voyage on June 14, 1959. The opening of these attractions created the first three E-ticket attractions. In the early days of Disneyland, guests would purchase individual tickets to attractions that they wanted to experience A,B,C,D,E tickets. Even today, “E-ticket” is used to describe an amazing experience.

2. Harold the Yeti moves in!  In 1978, a Yeti took up residence in the Matterhorn. The Yeti makes an appearance at three different occasions during the ride. For the 60th Anniversary the Yeti was updated with new and incredibly life-like animatronics and glimpses of the monster. Disneyland cast members and Matterhorn fans lovingly call the Yeti, Harold. When Disney’s Animal Kingdom in Florida added a Yeti to Expedition Everest, they added Harold’s girlfriend – Betty.  Ask any cast member about Harold – they all have a unique story to tell. 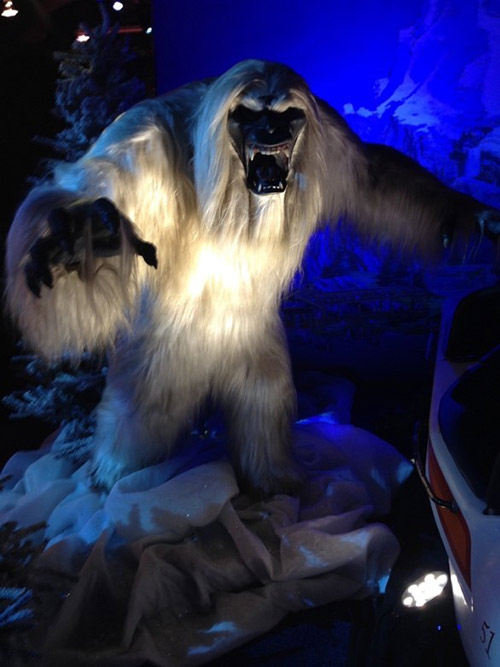 Harold 1.0 was featured in the Matterhorn 1978 -2015.  He did not move, but a strobe light created a unique effect. The original Harold now keeps residence in the Disney archives and can be seen at special Disney events and showings.
Harold 2.0 was added to the Matterhorn as part of the 60th Anniversary Celebration. This version of the Yeti included an updated soundtrack, animatronics, and additional special effects. Pay attention though, it is easy to miss Harold; he is an elusive Yeti after all. 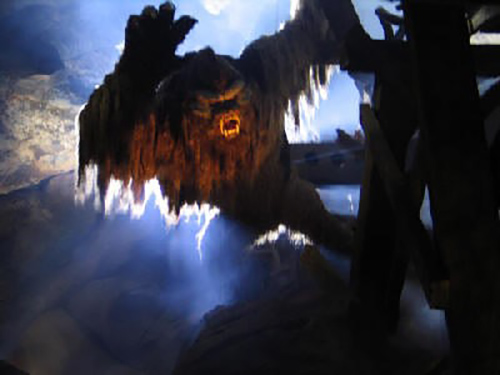 Betty the Yeti reaches for adventurers that dare to brave Expedition Everest in Disney’s Animal Kingdom in Florida.
3. The Matterhorn used to house two attractions - kind of! The Disneyland Skyway, a ski chair lift type ride, took visitors  from Tomorrowland to Fantasyland and the cars passed right through the Matterhorn. When viewing the Matterhorn from the Submarine Voyage, the two large holes, now partially covered, can be seen where the Skyway once traveled. Disneyland kept the Skyway Chalet (starting and ending point) in Fantasyland as an homage to the attraction. In May 2016, it was announced that the chalet would be torn down to make additional room for Star Wars Land. 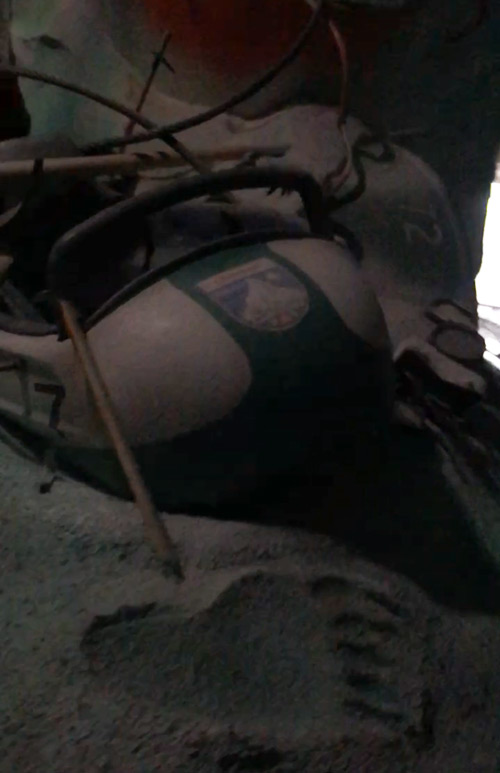 Along with evidence of Harold and an old bobsled, a Skyway car can be seen in the Matterhorn as an homage to the past. Look close because it is almost as elusive as the Yeti.
4. There IS a basketball court in the Matterhorn! On busy summer months, Disneyland hires Mountain Climbers to climb up and down the Matterhorn. Tinkerbell flies during classic fireworks shows, Zero the ghost dog flies during the Halloween fireworks, and Nemo flies across the sky when the Matterhorn is transformed into Mt. “Wannahockaloogie” during the Disneyland Forever fireworks.  Access to cast members is at the top of the Matterhorn. Walt Disney had a basketball standard installed for cast members to pass time between shows and climbs. 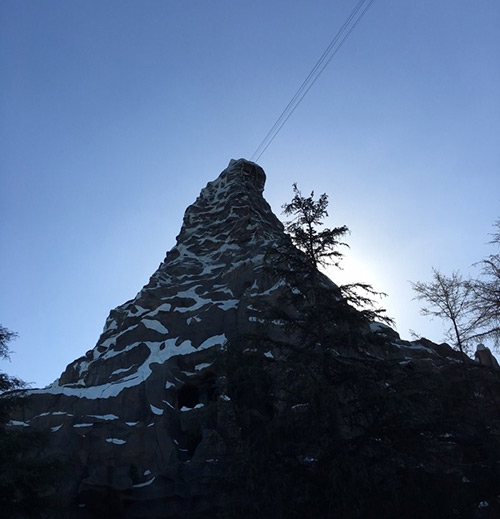 Notice the cables that support cast members and other flying Disney Characters, located on the “Alice in Wonderland” side of the Matterhorn.
5. One track IS faster. The Matterhorn Bobsleds have two separate tracks. As you approach the entrance to the attraction, you must decide which side you want to ride. According to my stopwatch the right track is approximately 2:30 minutes and the left track is approximately 2:10 minutes, because it is that much faster! According to a biography on Walt Disney by Dave Thomas: In 1959, having just built the first metal pipe roller coaster, Walt could not wait to ride the Matterhorn for the first time.  The brakes were not installed yet, but he wanted to ride it anyway… He put bales of straw at the end of the ride and crashed into the straw having just been the first to brave the Matterhorn!
6. A secret tribute in on the Matterhorn. As you “slide” down the Matterhorn, ropes climbing equipment and supply boxes can be seen with icicles, crystals, and snow as evidence of the lost Wells Expedition – look for the words on the side of the wooden crates. In Disney fashion, the area is a tribute to Frank Wells, a former operating officer for Disney. He loved to ski and climb, a great way for Disney to pay homage to Mr. Wells. Look closely, you can find Frank Wells printed on a window on Main Street, USA as well. 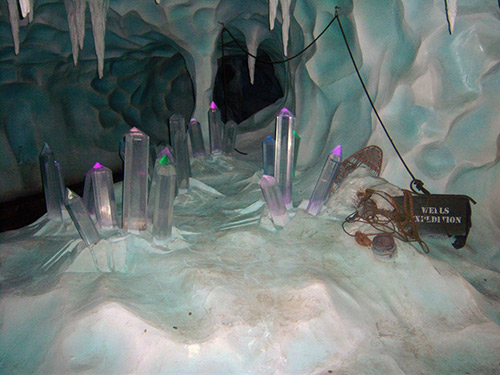 7. You can save time in line. Depending on the age of your family members, you can save a lot of time in line! The bobsleds only allow one person per seat with three seats per car. Not many groups have exactly three guests and cast members want to fill every car. This is your chance to go to the front of the line if you don’t mind riding with another group in the Single Rider Line. Oftentimes you and a friend could even be placed with two other groups of two! 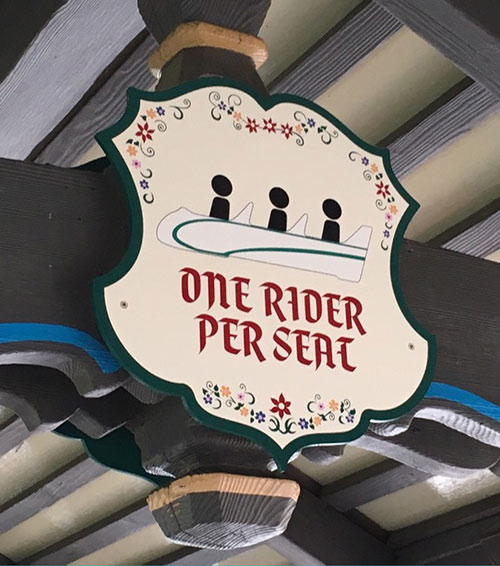 8. The flora is native and the rock looks like it is. The plants, trees and shrubs on the Matterhorn are the type that would grow Matterhorn area. Check out the flowers; the area is very beautiful when the Edelweiss is in full bloom. The Matterhorn is made out of concrete, but it is painted to look like granite. Look at the rock in the sunlight, cast members have added a special cover that makes it sparkle when the sun hits it, just like metamorphic granite. 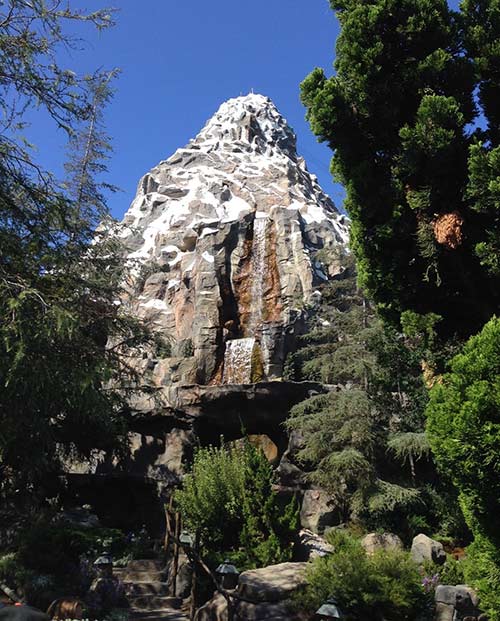 9. Look for hidden Yetis! Throughout the attraction, hidden Yetis can appear. Look for the hidden yeti in the cast member’s operation booth peering out the window. 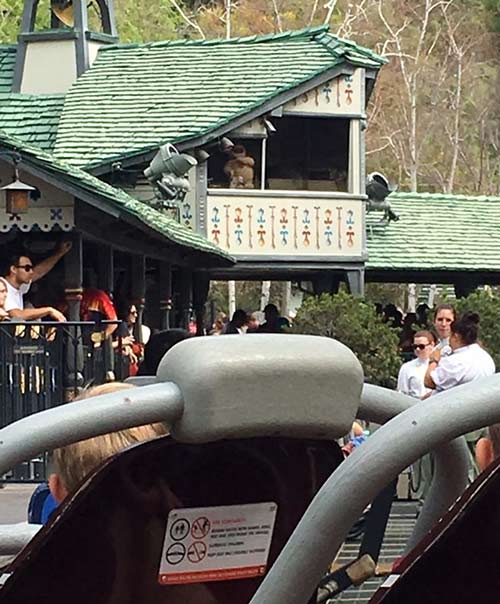 10. You can eat a Matterhorn! The best macaroon made is a Coconut Matterhorn only available at the Jolly Holiday Bakery Café located on the hub at the end of Main Street. It is a great and the most delicious way to celebrate your adventure after riding the Matterhorn! 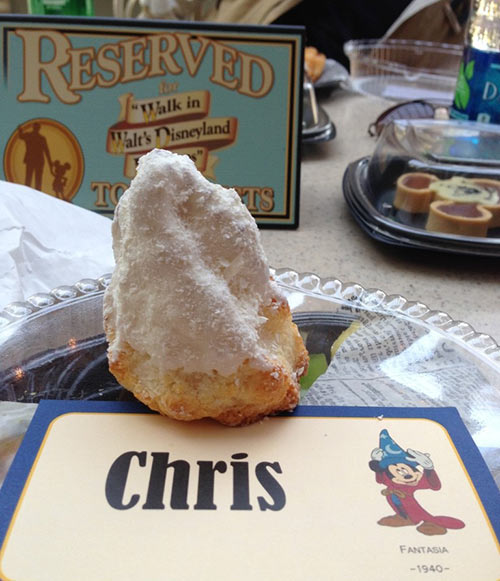 Take your family on a cool, winter adventure you can only find at the Happiest Place on Earth. Get Away Today can help you create the perfect getaway for your family with discount park tickets and hotel accommodations. Call Get Away Today's experts at 855-GET-AWAY or book your Disneyland vacation online!

Check out the other great articles:
Top 10 Secrets of Space Mountain at Disneyland
20 Scary Facts about the Haunted Mansion
10 Things You Didn't Know About Indiana Jones Adventure
Hidden Secrets of Star Tours - The Adventures Continue 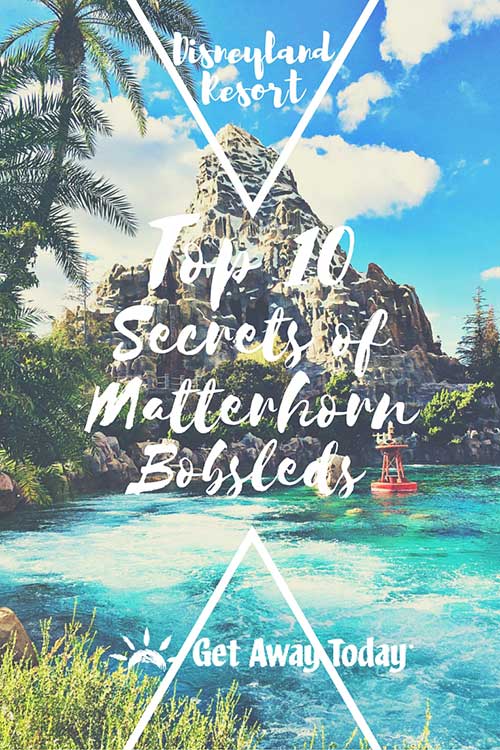 Anonymous- What a fun tip!

the original yeti can be found in the new Guardians of the Galaxy. just before you get to the front of the line when your on the catwalk, look down and he is in the corner

I love this! I also have several A-E complete ticket booklets and several with the E tickets torn out that my mom gave me about 10 years ago.

Love love this article. More please!!! I used to be a crazed Disneyland fanatic when I was younger. ??

i love this article

The Wells Expedition tribute is still there. We were there last week; we saw it. Also, one of the Harolds is now standing in the boiler room of the former Tower of Terror, now the Guardian's of the Galaxy Breakout ride.

Just minor correction in you information here. You stated that Harold 1.0 had no motion. Actually, he did. The Harold by the two tracks that was visible to the skyway tram, did swing his arms and turn his head right and left and growled at the buckets, letting out his loud signature roar when a sled raced by(you can see for yourself on the old skyway videos on YouTube). The other seperate ones merely moved their right arms up and down. The 2016 Harold is beautifully animated and packs a great punch, but his new roar does not seem to sound as threatening as the original one. Whereas the original one you could hear from right in front of the castle, the new version you have be up close to hear. Other than that, good information!

When are they going to replace the tracks?

What an awesome list... I did not know some of these things. I want to go and see them. You guys are amazing! Certainly know your stuff.