Harry Potter fans from all over the world have reason to celebrate with the opening of Diagon Alley at Universal Studios Orlando! The Wizarding World of Harry Potter has been the biggest thing to happen to Resort since the first phase opened at Universal's Islands of Adventure in 2010. The "original" Wizarding World of Harry Potter is home to Hogwarts School of Witchcraft and Wizardry and Hogsmeade. The area features three attractions, shops and restaurants... and my favorite treat, Butter Beer! 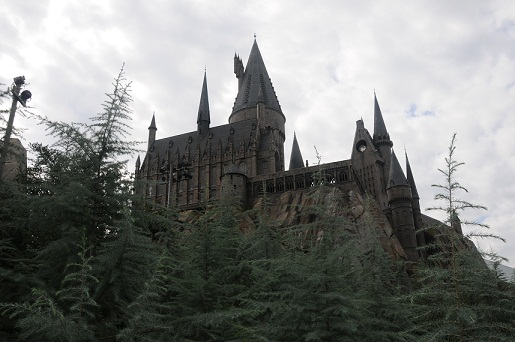 The second phase and major expansion of the Wizarding World of Harry Potter is themed after London and Diagon Alley and will feature prominent shops and restaurants from the books. Guests will be able to grab a bite to eat at the Leaky Caldron and top off with a treat from Florean Fortescue’s Ice-Cream Parlour. They'll also be able to shop at the Magical Managerie, Weasleys' Wizard Weezes, Quality Quidditch Supplies, and even Borgin and Burkes in Knocturn Alley. The main attraction is Harry Potter and the Escape from Gringotts, which will take guests on an adventure through the goblin run wizard bank. Another exciting addition to the Wizarding World of Harry Potter is Hogwarts Express which will transport guests from Platform 9 3/4 in Kings Cross Station in Diagon Alley to the station in Hogsmeade in Islands of Adventure. A park hopper ticket is required for this train. It is any Harry Potter fan's dream come true! 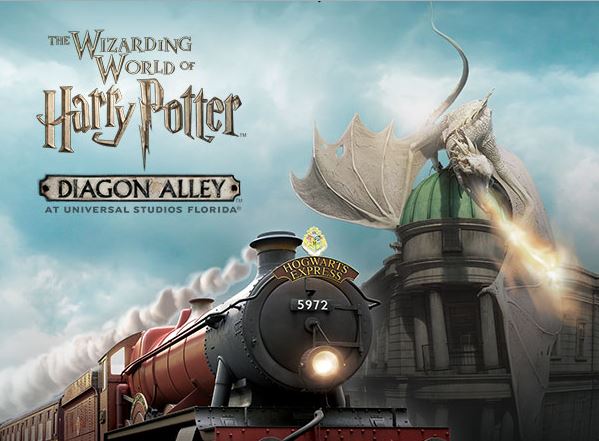 The expansion will officially open at the Wizarding World of Harry Potter on July 8, 2014. Before then, you can get a sneak peak of the magic awaiting in Diagon Alley in this fun video from Universal Studios Orlando:


Muggles can experience the magic of the Wizarding World of Harry Potter with exclusive package deals starting at just $135 per adult per day and include:

Plus, when you stay on-property, you get these exclusive benefits:

Guests who stay at a deluxe on-property hotel (Loewes Royal Pacific Resort)  also get
Universal Express Unlimited ride access to skip the regular lines in both theme parks - a FREE benefit worth up to $89 per person, per day, complimentary water taxi or shuttle buses throughout the resort, and priority seating at select restaurants throughout both theme parks and enjoy first available seating at select Universal Orlando and CityWalk restaurants. Deluxe packages start at just $199 per adult per day.

Our agents would love to help you plan your Wizarding World of Harry Potter vacation to Universal Studios Orlando! Call our vacation specialists at 855-GET-AWAY!