Complete with Mickey, his pals and the citizens of Main Street, USA, this is a great way to start your day at the Magic Kingdom! Featuring the train, music, fireworks and a welcome song all to celebrate your arrival to the park. 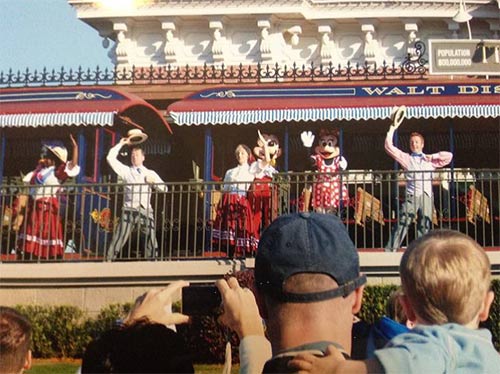 11. Visit a few of the Magic Kingdom originals:
• Mickey’s PhilharMagic: a 4D Adventure that features your favorite Disney movies and music.
• Monsters, Inc. Laugh Floor: a comedy club hosted by the favorite interactive digital monsters, Mike and Sully! With the help of their their pals, they collect your laughter to help power Monstropolis. Insider tip: bring your favorite sharable joke - the monster comedian’s might share it on stage!
• Stitch’s Great Escape: a fun adventure where you get to experience Stitch and his mischief like never before.
10. The Hall of Presidents:
Disney World has an entire section of the park dedicated to the hard facts that created America. Located in the heart of the park, Liberty Square features The Hall of Presidents. A full presentation that features every president of the United States from George Washington to Barack Obama. Look around the area for some amazing exhibits and facts about the United States. For example, there are only three places in the world where you can find the official seal of the United States: the Oval Office in the White House, the museum that houses the Liberty Bell and the Hall of Presidents in Disney World! 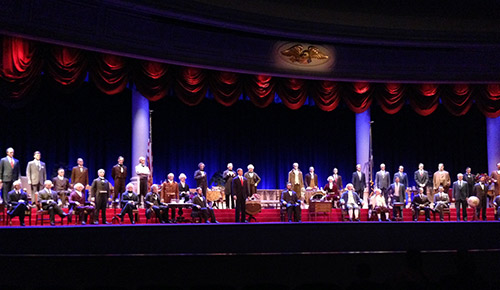 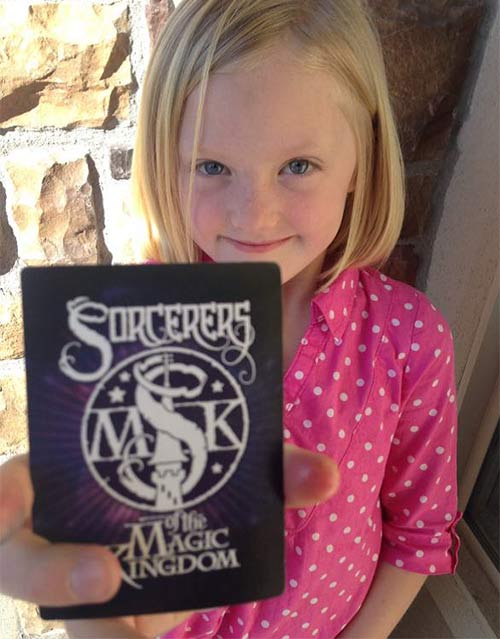 8. The Swiss Family Robinson Tree house:
While Disneyland has Tarzan’s Tree house, it was originally the Swiss Family Robinson Tree house. The Magic Kingdom features the original theme and gives you the opportunity to explore and discover all the excitement throughout the tree house. It is a great reason to watch the original Walt Disney live action adventure film! The tree also has incredible views of the entire park. 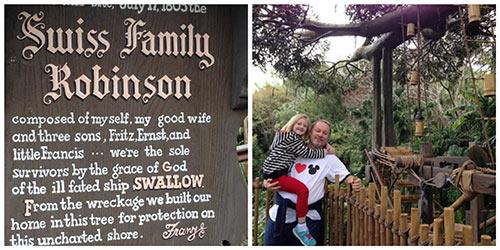 7. The Country Bear Jamboree:
A Disney World original that was featured at Disneyland for a short time. Visit Max, Buff, Melvin and the gang who are waiting to give you a “Wild and Wooly Good Time.” 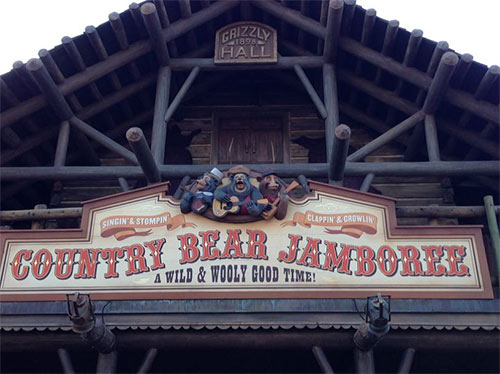 6. Walt Disney’s Carousel of Progress:
The Sherman Brothers wrote the amazing tune, “There’s a great big beautiful tomorrow, shining at the end of every day.” If you are a Disney fan, you will agree that there is a great big beautiful attraction called the Carousel of Progress located in Tomorrowland! It truly is one of the finest examples of the use of animatronics in storytelling. It was an original attraction from the 1964 World’s Fair along with "it’s a small world" and Great Moments with Mr. Lincoln, each  personally supervised by Walt Disney. The attraction gives the audience a glimpse of the American Family at different times throughout history and allows all ages to savor the challenge and promise of the future. 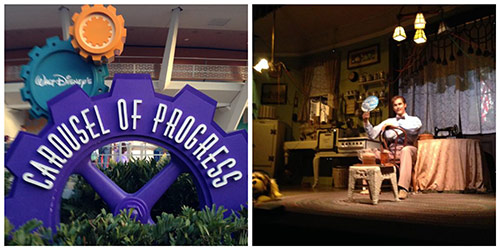 5. The PeopleMover:
For those young at heart who remember the PeopleMover at Disneyland, it is still running at the Magic Kingdom and gives you a great ride around Tomorrowland. The ride even features Walt’s original idea and model of EPCOT, takes you through the middle of Space Mountain and other attractions. Rumor has it that the PeopleMover may be coming back to Disneyland soon. 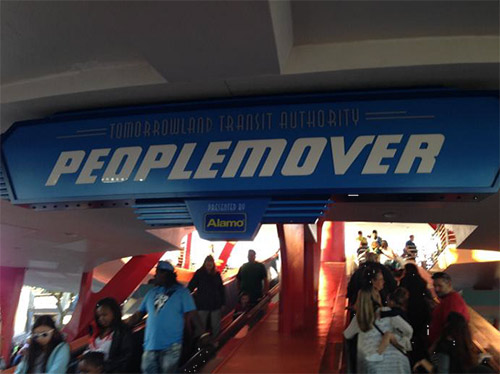 4. The Transportation Options:
To get to the Magic Kingdom, guests have to travel from the parking lot or Disney Resort by boat, Monorail or bus. Walt wanted the park to be separated from the outside world. Guests travel just a small distance to get to the park by riding the boat or monorail which is a fun way to build excitement! The monorail is a bona fide transportation system at Disney World.


3. The interactive activities in the ride lines:
The Magic Kingdom does an amazing job entertaining those waiting in line. Many attractions feature interactive games and activities. During a recent trip, my seven year old daughter was disappointed when we had to get onto the ride and out of line – a good indication that they hit the mark. Check out the interactive lines at Winnie the Pooh, Dumbo, The Haunted Mansion, the Seven Dwarfs Mine Train and many others. 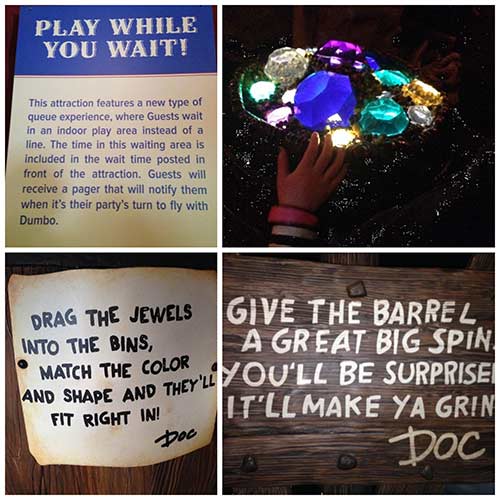 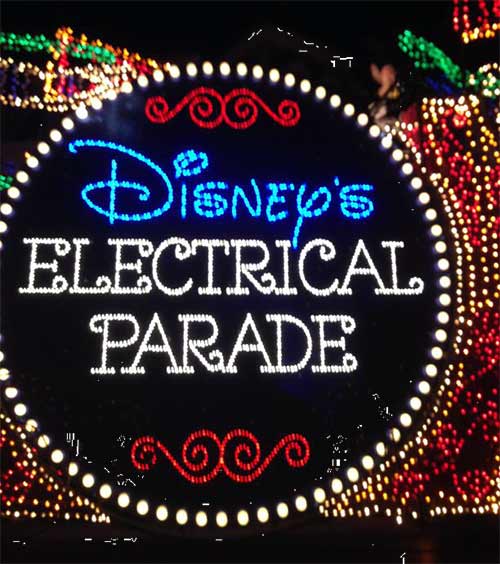 1. New Fantasyland!
Recently, the Magic Kingdom finished a fun and exciting upgrade to Fantasyland. The upgrade added the Little Mermaid ride (similar to the one located in Disney California Adventure), the Be Our Guest Restaurant, a Beauty and the Beast Themed Restaurant (insider tip: get the grey stuff – it’s delicious!), an additional Dumbo the Flying Elephant ride, a new Disney Princess Meet and Greet Area and the Seven Dwarfs Mine Train.
Get Away Today Vacations provide amazing service to ensure you and your family have a magical time on your vacations. Sometimes a new experience and perspective can be a little confusing, but with Get Away Today as your guide, your trip will be magical!
At Get Away Today, we would love to help you plan your magical vacation to Walt Disney World to experience attractions you won't find anywhere else. Book your Walt Disney World package online or call our travel experts at 855-GET-AWAY.

Chris Dallin is a Disney fanatic. He travels to Disney parks several times a year and continues to find hidden gems, joy and magic in the Happiest Place on Earth. Tune into future blogs for additional ways to experience the Disney Parks.
Check out these other great articles:
Walt Disney World: My Magic+
A Look at Disneyland Over the Past 25 Years
Walt Disney World Resort: Best Eats for Cheap

That is so cool that you get to play while you wait!