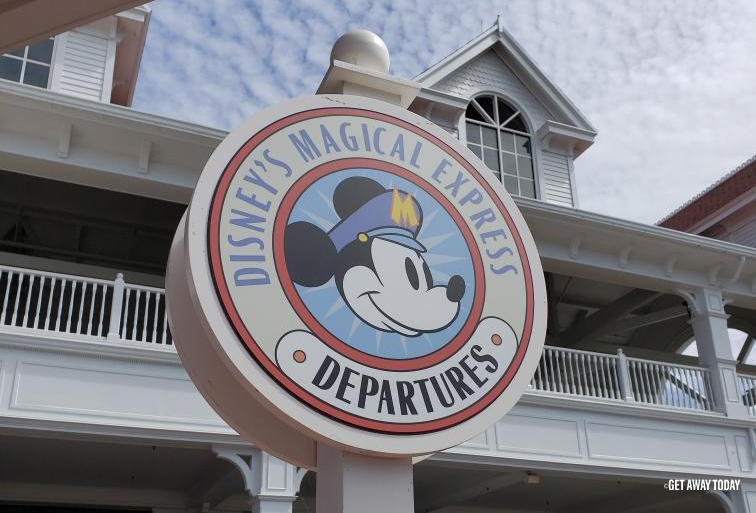 You have a few options for Walt Disney World Transportation, and in this article, we break down those choices so you can do what's best for your family. Perhaps the very best part is that three of the Walt Disney World transportation options we detail here are FREE. It doesn't get much better than that!

Disney's Magical Express service is available for any guests staying in hotels owned and/or operated by Disney and operates out of Orlando International airport. This includes the following: 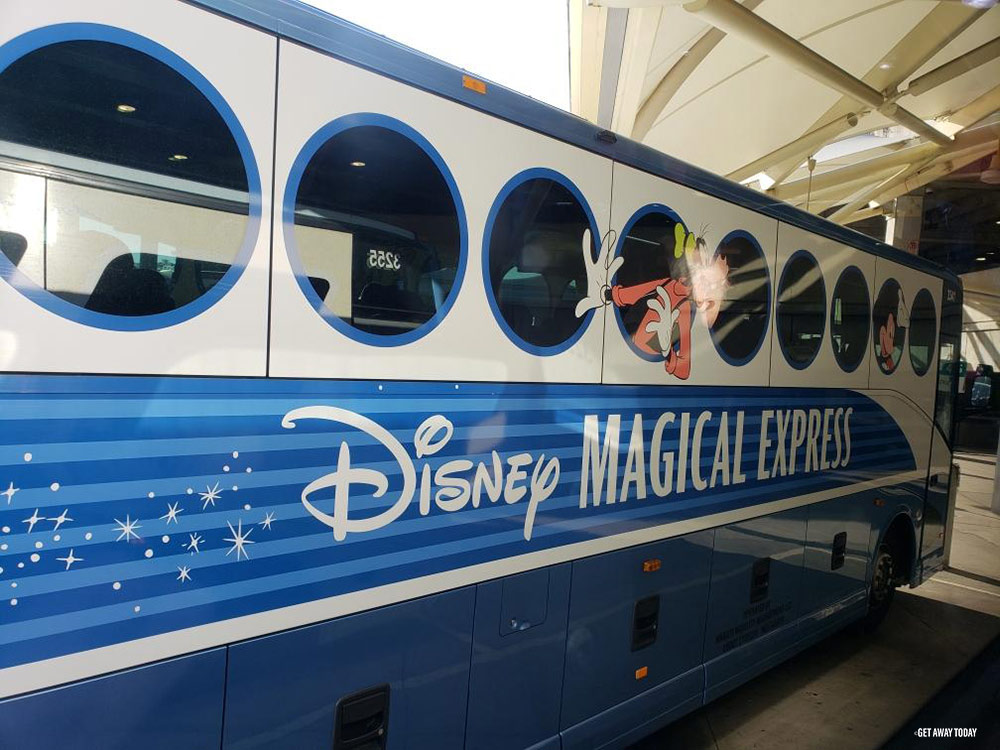 Disney's Magical Express is not available to guests staying at The Swan and Dolphin hotels, the Disney Springs Resort area hotels, the Four Seasons Orlando or the Shades of Green.

A Get Away Today agent can make your reservation in advance as long as you provide your flight information. If you book Disney's Magical Express 7 days prior to traveling to Walt Disney World, Disney will physically mail a confirmation letter and luggage tags to you. If you're within 7 days of traveling, Disney will email a confirmation to you, and no luggage tags will be sent.

When returning to the airport after your magical Walt Disney World vacation, you will receive instructions the day before you check out. Pick up time will be noted on your documentation, and you need to plan to stick with it! You are not able to make changes, so plan accordingly to make your return reservation with Disney's Magical Express. They typically pick you up 3 hours before a domestic flight is scheduled to depart, and 4 hours before an international flight. You will present your documents to board Disney's Magical Express, so keep it handy.

Your Get Away Today travel agent can arrange for your whole party to use Disney's Magical Express even if you have different travel itineraries. Just be sure to let us know how we can best accommodate you!

A MagicBand is required to use Disney's Magical Express, which runs 24 hours a day, 7 days a week. 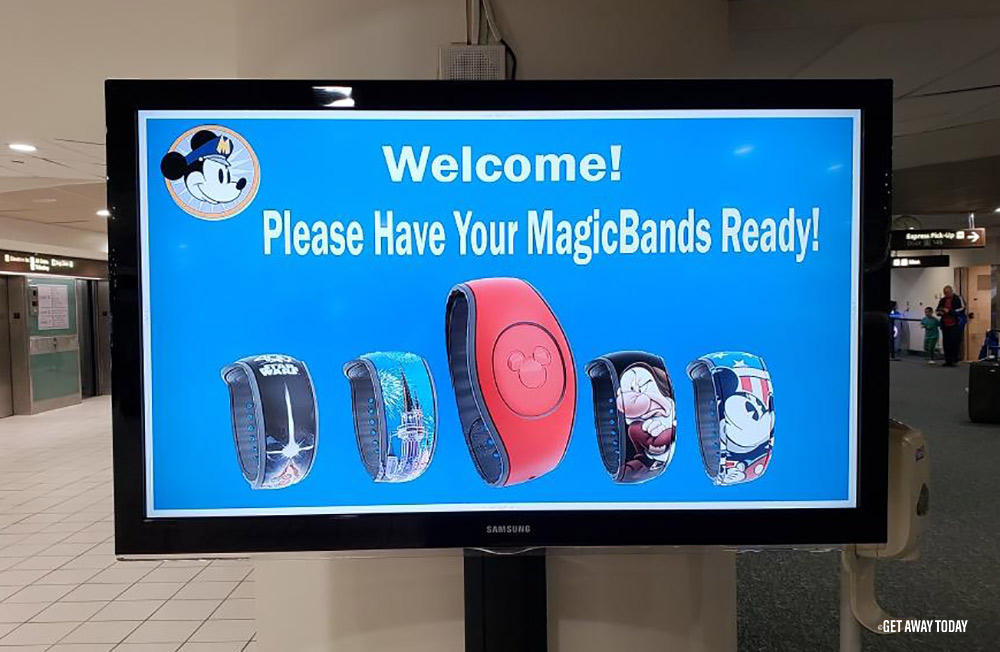 As mentioned previously, Disney's Magical Express operates out of Orlando International airport. You can hop aboard at Terminal B, level 1.

If you arrive at Orlando International airport between 5 am - 10 pm, you may tag your luggage before you travel to Walt Disney World. When you arrive in Orlando, Disney will automatically pick up your luggage for you and deliver to your guest room within a 3-hour window. If you're traveling outside the hours of 5 am - 10 pm, or if you want to ensure you have your luggage at-hand when you arrive, don't use the luggage tags provided by Disney. This will allow you to pick up your own luggage in Orlando and transport it to your resort with you. Regardless of what you choose, we always recommend you have your MagicBand, medications and valuables in your carryon luggage. 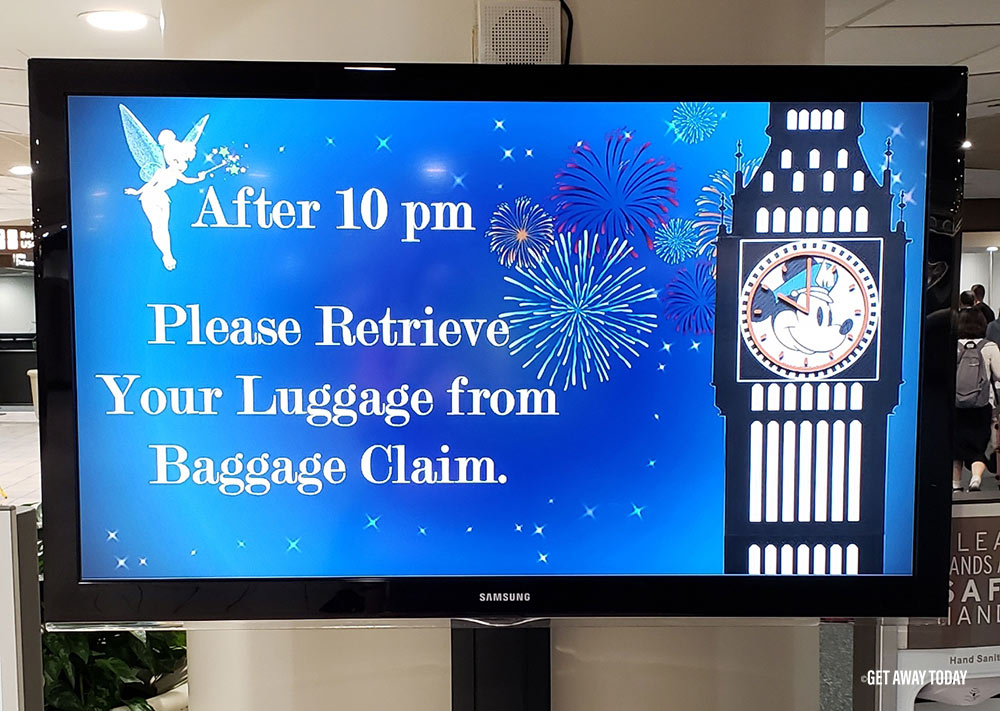 Gratuities are accepted, but not required when using Disney's Magical Express. If the driver handles the bags, tips are highly encouraged.

Insider Tips: Disney's Magic Express is a fun and convenient Walt Disney World transportation option. Keep in mind that it is not necessarily going to be the fastest way to get from Orlando International airport to your Disney Resort. Depending on your flight arrival time (between 5 am - 10 pm), you may make multiple stops before reaching your Resort. If this is going to be an issue, you are welcome to request that a Get Away Today travel agent arrange private transfers.

The Walt Disney World Monorail system has 3 separate lines that travel around the resort and begin service approximately 30 minutes before park opening.

The Resort Monorail goes around Bay Lake and makes 5 stops: 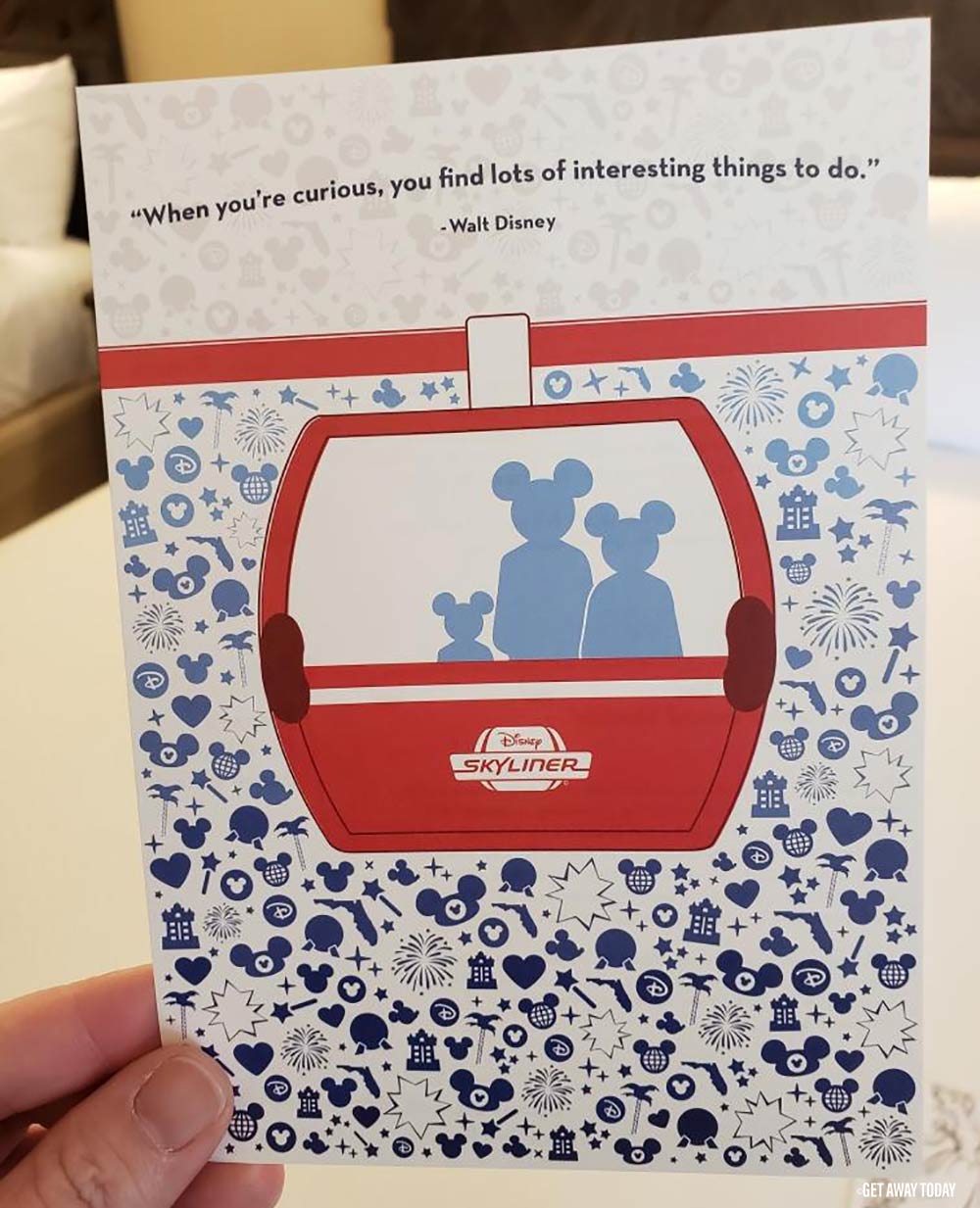 The Express Monorail line starts at the Transportation and Ticket Center and continues service to the Magic Kingdom.

The EPCOT Monorail line starts at the Transportation and Ticket Center, continues with express service to EPCOT.

The Ticket and Transportation Center is the central transport hub of Walt Disney World Resort. At this station, you can get Disney transportation via the Ferry, Monorail and various buses. Buses offer service to Disney Springs, Animal Kingdom and Hollywood Studios. To get to a Walt Disney World Resort, you'll need to get to a theme park and change buses. Rideshare services (with the exception of Minnie Vans) drop off and pick up only from the Magic Kingdom. This is also where Get Away Today partner hotels will drop off Walt Disney World guests.

Buses are one of the most common methods of transportation throughout the Walt Disney World Resort because every one of the Disney Hotels offers bus service. Whether you're staying in a value, moderate, deluxe or villa, bus service from the hotels to the parks begins 45 minutes before the parks open and ends one hour after the parks close. Return bus service from the parks back to the hotels continue throughout the day every 20 minutes. The last returning bus leaves two hours after park closings.

If you're headed to one of the Disney Water Parks, bus service begins from the hotels 45 minutes prior to park openings and runs continuously every 30 minutes throughout the day. Return service ends 75 minutes after the water parks close.

If your hotel doesn't offer a direct bus to your desired location, you can catch another bus or different transportation method at the ticket and transportation center. 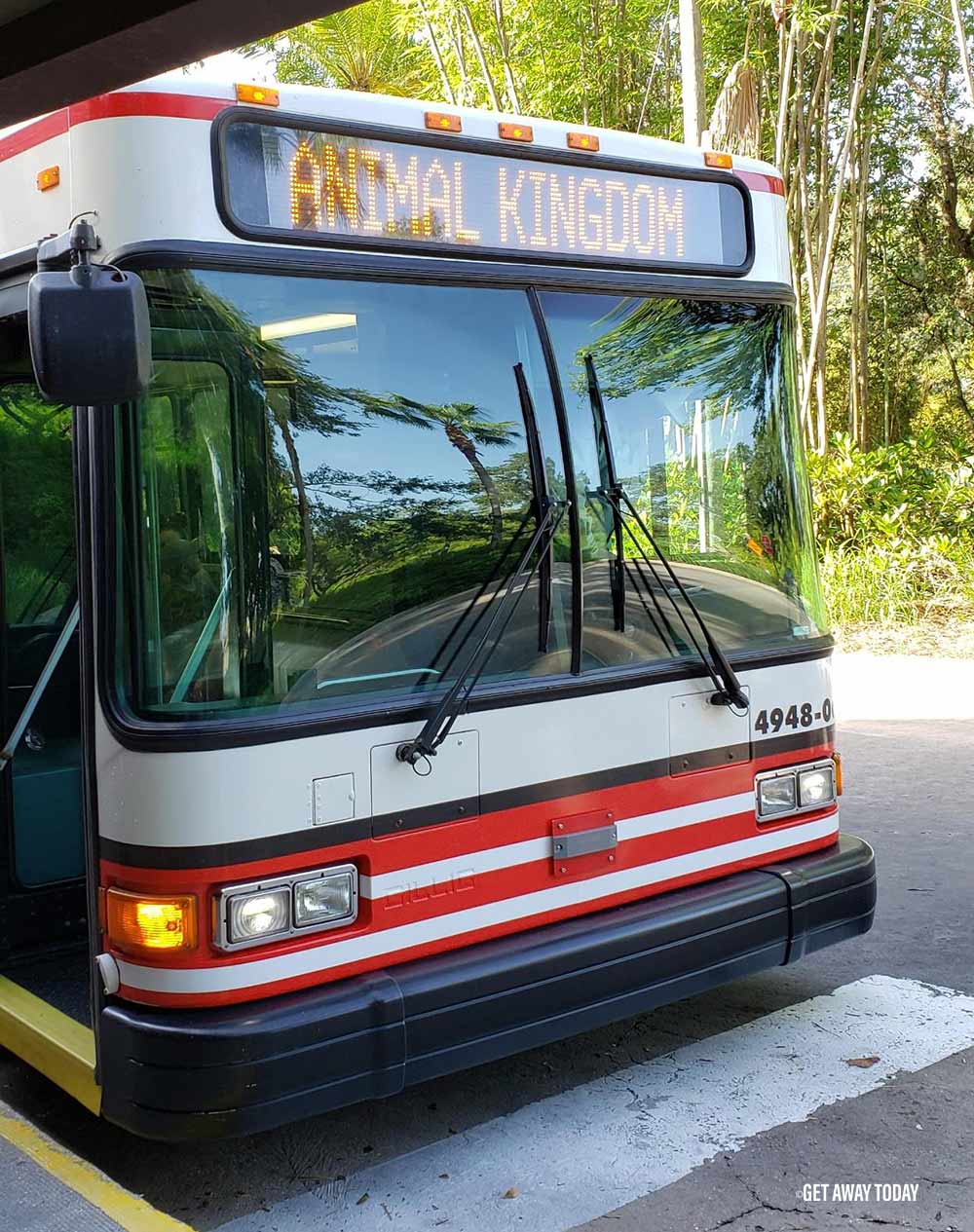 The Transportation and Ticket Center has three large ferry boats that transport guests to the Magic Kingdom. They are the largest of the water options and accessible. These vessels run continuously.

No, we're not talking about minivans! The Minnie Vans are a transportation option at Walt Disney World that can be ordered through the Lyft app. They're convenient and cute, but are they worth it? Keep reading to find out if this choice is for you!

Minnie VAns offer transportation anywhere on Disney property, and their cost will vary by destination. Typically, a Minnie Van will be double the cost of a Lyft XL. If you want to reserve transportation from the airport via Minnie Vans, you can expect to budget $150 each way, and that does not include gratuity.

So is the cost of using Minnie Vans worth it? There are definitely situations in which we recommend Minnie Vans for Walt Disney World travel. If you happen to be in Disney's Fort Wilderness Campground, Minnie Vans are actually the only ride share service allowed that can take you to certain destinations, such as Hoop de Doo Revue. They are also the only ride share service allowed to drop guests in the Magic Kingdom bus-loading area (instead of going to the Ticket and Transportation Center). 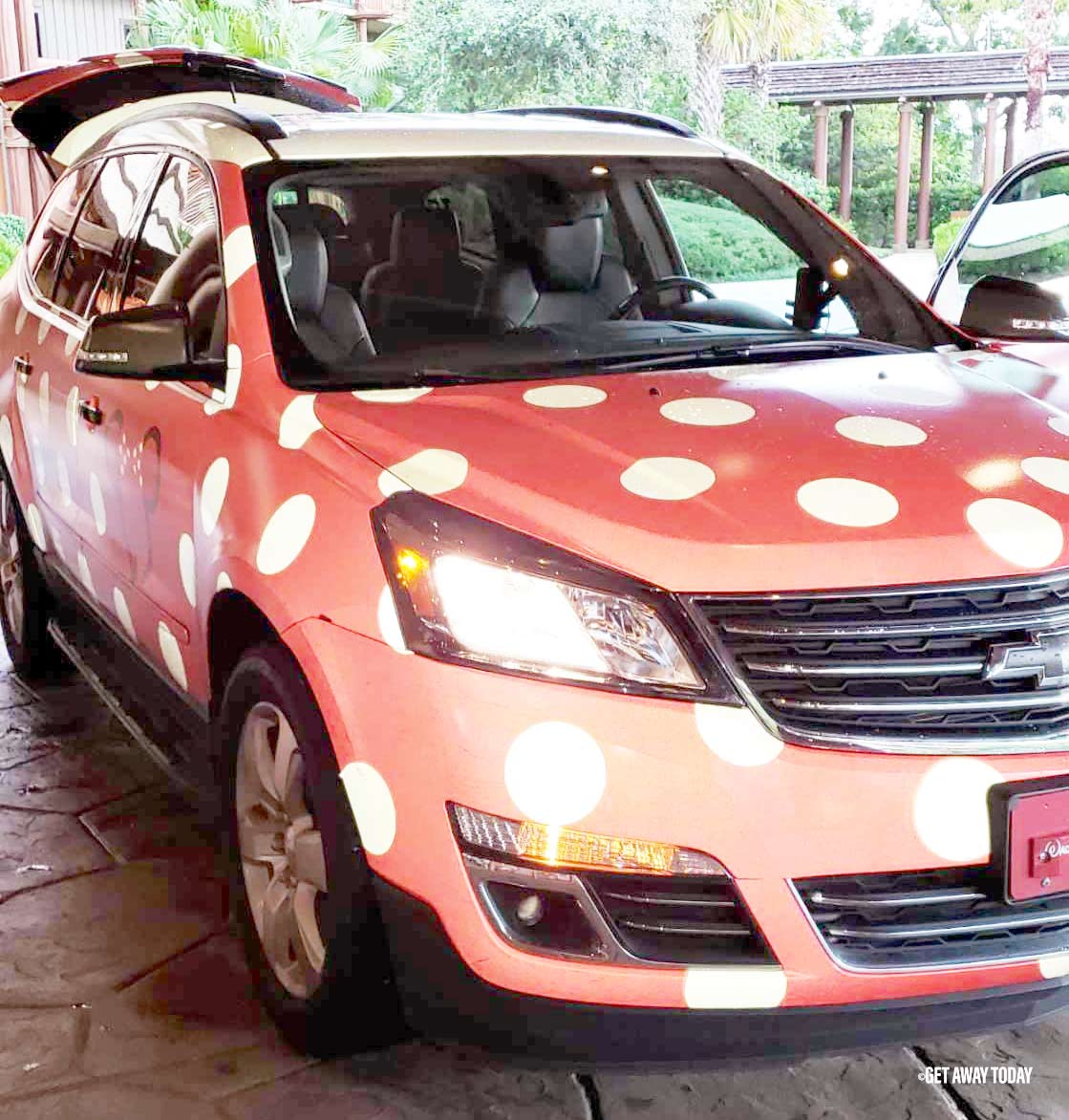 Another perk of using Minnie Vans is that they are driven by cast members who absolutely love their jbos. With the exception of a little princess glitter here and there, the Minnie Vans are also kept quite spotless. They include car seats and extra touches such as music that reflects your destination.

Can you walk around Walt Disney World Resort? That is a common question we get from our guests! If you've never been to Walt Disney World you may not realize how large it actually is; as a result, there are not many kingdoms within walking distance of the area hotels. However, here are some tips if you'd like to get some steps in.

We offer a wide variety of Walt Disney World vacation packages, which you can find online or book by calling 855-GET-AWAY. With five separate kingdoms in Walt Disney World, there is so much to experience, and we can help you plan your dream itinerary. 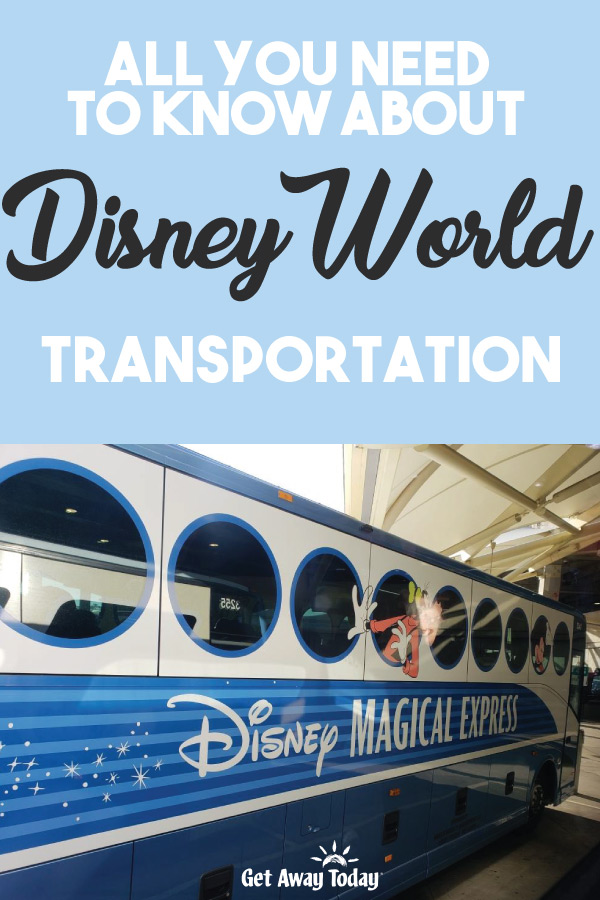