The Finding Nemo Submarine Voyage in Disneyland is a classic attraction with lots of history. Read on for 13 facts about the fun ride! 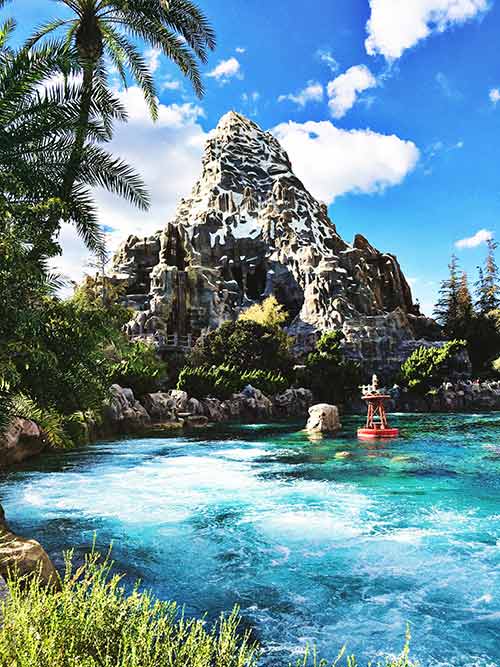 The Finding Nemo Submarine Voyage at Disneyland Park immerses you into the world of Finding Nemo. You’ll find your favorite characters from the film, including Nemo, Dory, Crush, Bruce and many more. The Disneyland submarine is also a great place to enjoy contemporary Disney while remembering the early days of the park’s history. Here are 13 facts about the Disneyland Submarine Voyage you may not know:

1. A Classic Disneyland Attraction: The Disneyland Submarine Voyage has been themed and re-themed several times. For history buffs, it’s an integral part of Disneyland Park and a must see on every trip to the park. 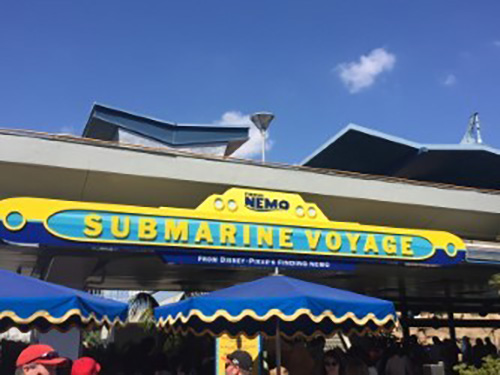 2. The Ride that Started It All: The Disneyland submarine was part of the attractions that led to the creation of the E-Ticket in early park days! Soon after opening, Disneyland created what was referred to as “Value Books.” These books included coupons that allowed guests to visit an attraction of their choice with each coupon. Attractions were labeled based upon popularity featuring A, B, C and D Tickets.

The first Disneyland expansion occurred in 1959 and included the Monorail, the Matterhorn Bobsleds and Submarine Voyage. These were labeled as the most exciting rides, giving birth to the E-Ticket list. That same year, previous D-Ticket rides were upgraded to E-Ticket status, including the Disneyland Railroad, Rainbow Ridge Pack Mules and Stagecoach rides, the Mark Twain Riverboat and the Sailing Ship Columbia.

The E-ticket was extremely popular and in use for over 20 years. The coupons are no longer used today because a guest's ticket now allows access to all attractions. Today, the E-Ticket lexicon can still be found in popular culture as a way to describe a great experience or high quality service. It is no wonder that Get Away Today Vacations is the best choice to book a Disney vacation – it certainly is an E-Ticket experience! 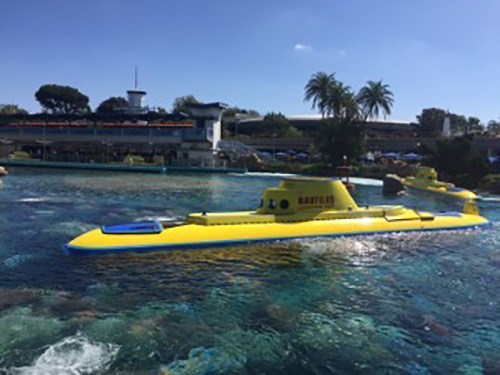 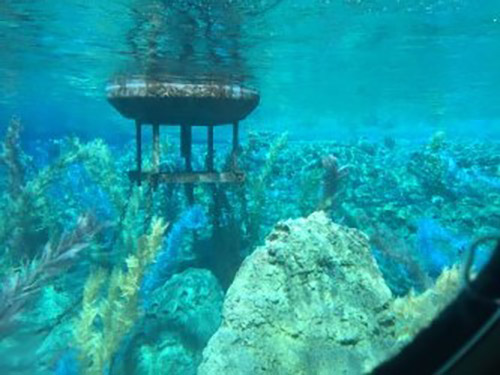 4. After Years, Time to Bring Back a Classic: The “re-imagined” Finding Nemo Submarine Voyage opened on June 11, 2007 after the original Disneyland Submarine Voyage closed in 1998. Many were excited to see the classic attraction re-open. There have been rumors that the classic ride may close again (possibly for good), so make sure to experience the part of Disneyland history while you still can. 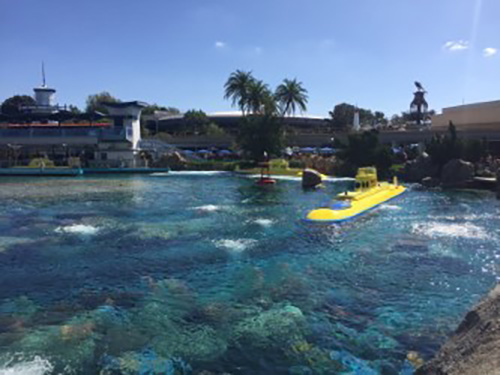 5. Real Life Mermaids Working Underwater: Mermaids were once part of the attraction. Young ladies were cast to don mermaid tails and sunbathe on the rocks in the Submarine Voyage Lagoon. According to the mermaid cast members, the program was discontinued because of the highly-chlorinated water and guests attempting to swim across the lagoon for pictures with the mermaids.

7. A Subtle Tribute to History: The Disneyland Submarine Voyage is a homage to a great moment in history!  Disneyland is famous for acknowledging historical moments throughout the park.  For example, Main Street U.S.A. is representative of the Industrial Revolution occurring in America in 1901 while the Sailing Ship Columbia that sails the Rivers of America is a replica of the first ship to travel around the world.

In the case of the Submarine Voyage, both the original and Finding Nemo versions are a homage to the first submarine voyage of the Nautilus in 1958. The Nautilus was the first to successfully travel under the North Pole fully submerged. It’s another reason that makes the Disneyland Submarine Voyage a great ride for educating your kids while still having fun! 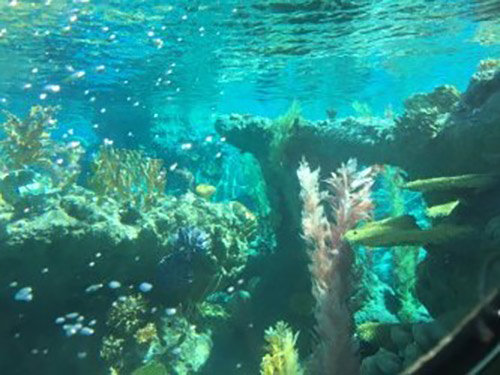 8. We All Live in a Yellow Submarine: Upon opening in 1959, the submarines were painted a grey color very similar to military vehicles. In the 1980s, as an upgrade to the park, the submarines were painted a bright yellow. The yellow paint helped re-theme the attraction as an oceanic research voyage instead of a military voyage. The “new” exploration expedition was given a formal name, the Nautical Exploration and Marine Observation Institute (N.E.M.O.).

The new paint and expedition name combined Disney and literary history. You’ll have fun telling your kids all about Captain Nemo’s ship from 20,000 Leagues Under the Sea and the first submarine voyage of the Nautilus. They’ll be so amazed when you connect it all with Finding Nemo and the Disneyland Submarine Voyage. It may even be the perfect time to introduce them to the “Yellow Submarine” by the Beatles. Even though the song came out prior to the re-painting of the Disneyland submarines, it still draws Disney and Beatles fans alike to the attraction. 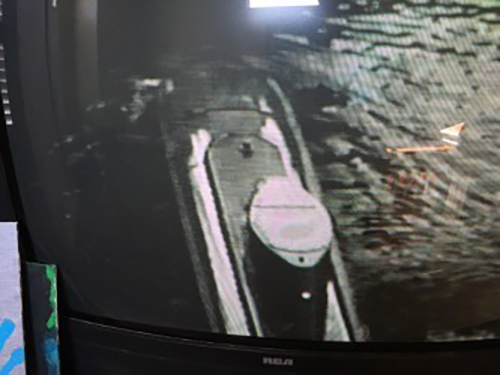 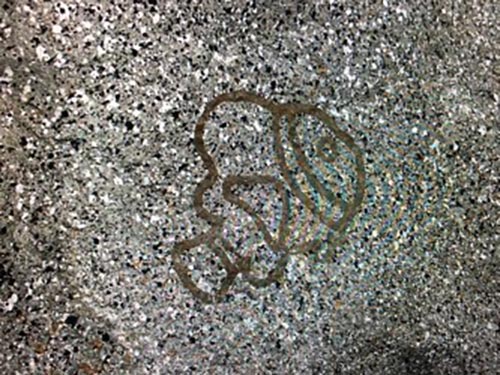 10. Mine, Mine, Mine...: Part of the adorable charm of the Finding Nemo movie were the seagulls fighting for ownership of possible food.  When you ride the Disneyland Submarine Voyage, watch the lagoon closely. As your submarine glides by, the seagulls will begin to exclaim, “mine, mine, mine…” Ironically, Disneyland runs into more problems with real seagulls than the animatronic ones.

11. A Room With a View: You’ll get an incredible view no matter where you sit on your Disneyland submarine ride!  Upon entering the submarine, you’ll find spring loaded seats on each side of the ship. Your seat will determine what you ultimately see on your expedition.  Some guests may have clearer views of Nemo, while others will notice more of Nemo’s friends.

When looking out the porthole, you may notice fresh air flowing near you. The air helps those that may get motion sickness and is just another way for Disneyland to go above and beyond. Another fun fact is that the “dive” is simulated. Guests won’t have to worry about being several feet under the sea. In fact, the Disneyland submarines barely submerge, imitating a true dive with pictures and sounds of bubbles rushing by. 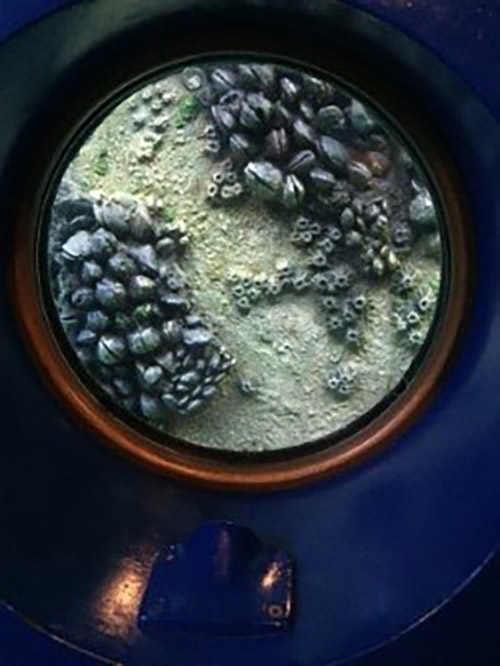 12. There is Something for the Whole Family: The Finding Nemo Submarine Voyage is fun for the whole family! Getting into the submarines can be a tight fit at times. For those that might have a difficult time navigating the stairs, Disney has provided a live video feed of the adventure so everyone in your family can enjoy.  You can find the video of the voyage at the Observation Outpost at the end of the dock. Ask a cast member for more details while you are in the park! 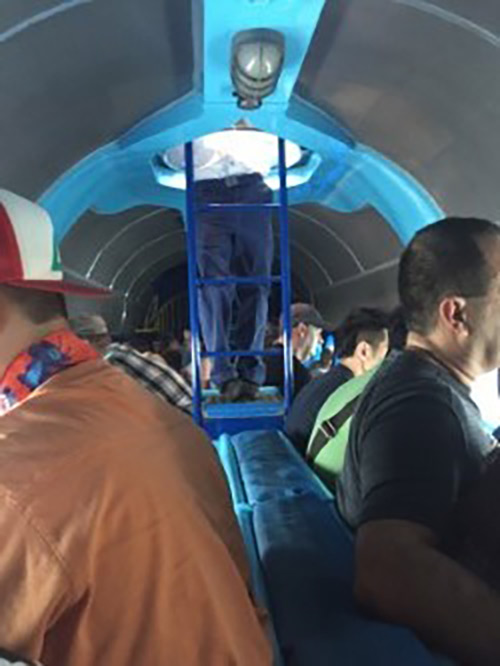 13. Be Sure to Keep Your Eyes Out: There are hidden characters throughout the attraction! As the Disneyland submarine enters a waterfall, you’ll actually be entering a hidden building. The building houses Nemo and all of his friends, thanks to Disney’s Imagineers. You’ll even be able to hear the fish talk with the use of Disney’s high-tech “sonar hydrophones.”

These characters will be the easiest to find for your family, but keep an eye out for these ones, too:

The Finding Nemo Submarine Voyage is an attraction you won’t want to miss on your next Disneyland trip! Create an adventure that will have your family and friends exclaiming that their memories are all mine, mine, mine… and make your adventure magical with extra perks, insider information and secrets!

Get Away Today Vacations can help you create a vacation that is perfect in every way. Including discount Disneyland tickets, insider tips and information for the most affordable and themed hotel accommodations. You can book your next trip to the Disneyland Submarine Voyage online or calling our travel experts at 855-GET-AWAY. 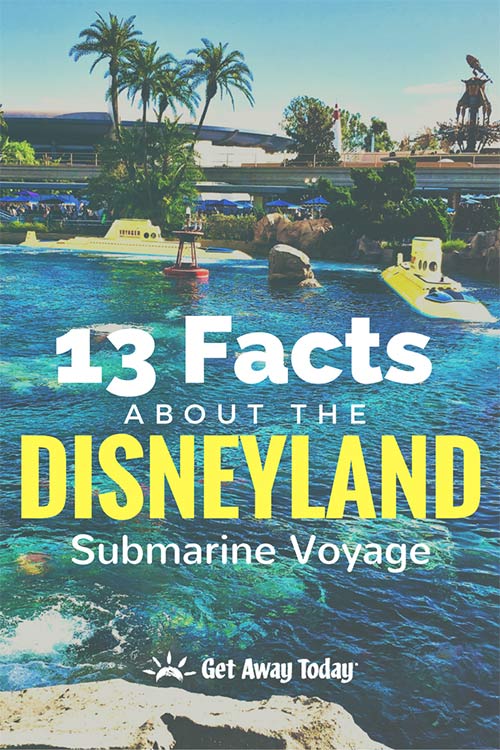