Disney Cruise Line is award winning and with good reason. Sure, they visit some of the best destinations in the world, but they also have some of the most unique ships. Disney Cruise Line has the only ships with Disney Characters and fireworks at sea. One other feature unique to Disney Cruise Line is their rotational dining program. Guests are assigned to one of three different restaurants each night and your wait staff rotates with you. That way you get a new atmosphere with your servers who already know your preferences. It's awesome. Disney Cruise Line is also the only cruise line that includes soft drinks with your meals and even has a 24 hour soft drink bar included. Also, no one does entertainment like Disney and their Broadway caliber shows are the same quality you've come to expect from their theme parks.

The Disney Magic an Disney Wonder were built around the same time (1998-1999) and each hold approximately 2,400 passengers. The Disney Dream and Disney Fantasy were built over a decade later and hold up to 4,100 passengers. Our staff has been on each of of the four ships, and each has its own charm. No matter which ship you choose, your family will create memories that will last a lifetime when you cruise with Disney. Here are just a few of the features of the ships individually:

Disney Magic: Disney Magic is the first of the four Disney Cruise ships. It recently underwent a complete re-imagineering where they've enhanced the kids clubs and added a large water slide. The three main restaurants include Lumiere's, a Beauty and the Beast themed banquet room, Carioca's and an updated Animator's Palate. The Disney Magic is currently sailing 5 and 7 day Caribbean sailings. Next year it will also head to Europe for a season and be the first ship to sale to Elsa and Anna's homeland of Norway! 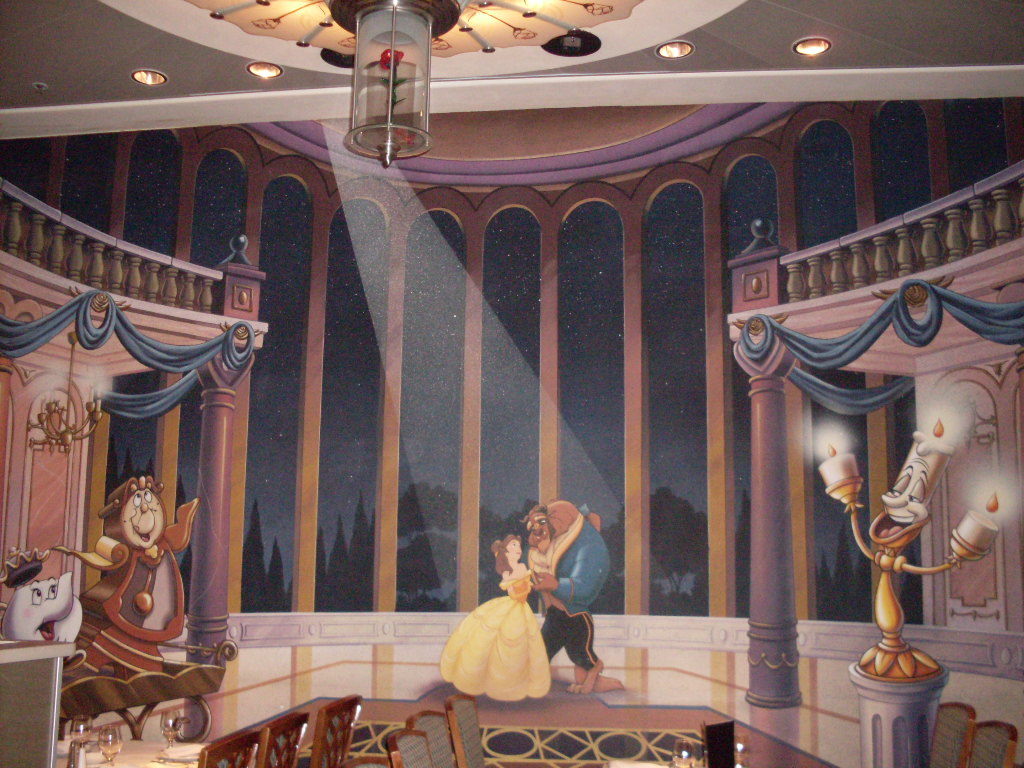 Here's a shot of Lumiere's.

Disney Wonder: The Disney Wonder may not have a big slide, but it has a great family pool, kid pool with a kiddie slide and a relaxing adult pool, and all of the Disney quality and service you can't get anywhere else. When I sailed aboard the Disney Wonder it was just three weeks after I sailed on the brand new Disney Dream. I was concerned that after a sailing on the brand new ship with so many amenities, it would be a let down to sail on the Disney Wonder for a full week. It could not have been further from the truth. We had an amazing cruise the entire time and were sad to see it end! The Disney Wonder also has an Animator's Palate and Carioca's as part of their rotational dining restaurants, and Triton's, a Little Mermaid themed formal dining room. Out of all of the ships, the Disney Wonder moves around the most and offers the most variety in itineraries. It's the only ship that sales the Panama Canal (2 - 3 sailings annually) and spends the summers in Alaska. Next year the Disney Wonder will have a handful of sailings available in Hawaii and Baja Mexico. 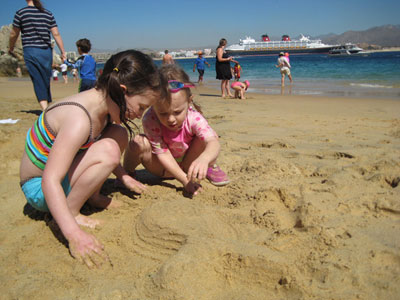 You can see the Disney Wonder in the background from the last time it was in Cabo. It will be back next year!


Disney Dream: The Disney Dream was the first of the "new" Disney Cruise Ships. It was the first ship to present the AquaDuck - the world's first water coaster that takes guests through a clear tube out over the ocean. It is amazing. The Disney Dream features a completely re-imagined and interactive Animator's Palate Restaurant, the Enchanted Garden that turns from morning to night right before your eyes, and the Royal Palace. Their kid club has four different themed areas themed after Toy Story, Monsters Inc., Tinkerbell, and Finding Nemo. The Disney Dream pretty much stays in the Bahamas and Caribbean year round and rotates between 3 and 4 night sailings. 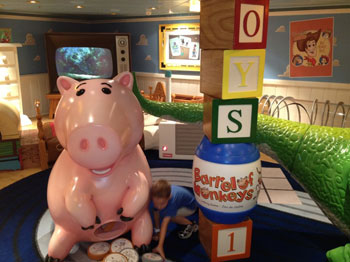 Disney Fantasy: The newest of the Disney ships, some may say this is the best. The Disney Fantasy took the most popular aspects of the Disney Dream and made some minor tweaks and improvements. Their version of Animator's Palate is just a little more interactive than on the Dream. The Fantasy also features the Bibbidi Bobbidi Boutique - the only boutique at sea! Normally reserved for princesses, the boutique transforms into Pirates League where you can get a pirate makeover on the pirate themed night. In addition to awesome pools and the Aqua Duck, the Disney Fantasy also has a children's splash area, Aqualab. The Disney Fantasy currently rotates between Eastern and Western Caribbean 7 - night sailings. 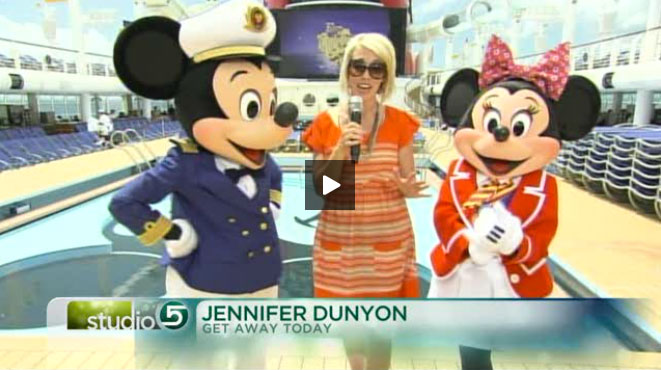 Watch Jen show off the Disney Fantasy on Studio 5!

I hope this helps clear up some of the differences between the ships. Rest assured, when you book a Disney Cruise you will have an unforgettable vacation. Our Disney Cruise experts would love to help you book your next cruise. And, when you book with Get Away Today by July 31, 2014, you'll get up to a $300 onboard credit* that you can use for shore excursions, spa treatments, merchandise or more.


*Offer applies to new bookings only, not combinable with other offers.