Celebrate friendship at Disneyland this summer during the limited time Pixar Fest. Who’s your Pixar BFF? You can find out which character would most likely be your Pixar pal with this fun Pixar game. 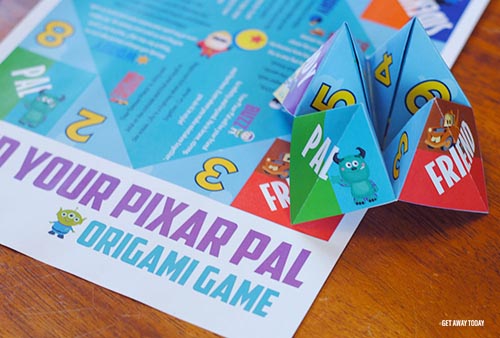 Pixar Fest is in full swing at the Disneyland Resort in California. The overall theme for the festive event is to celebrate friendship. No one does friendship better than Pixar! Some of my favorite animated duos are part of the Pixar lineup.

Woody and Buzz started off on the wrong foot, but soon became a fantastic partnership for protecting Andy's toys. Their friendship will go to infinity and beyond. Mike and Sully are the scare-masters, and together, they saved Metropolis. What kind of race car would Lightning McQueen be without his biggest fan Mater? Dory saved Nemo and then Nemo found Dory! They are quite the pair of ocean travelers. Joy and Sadness are the perfect example that opposites attract. They taught us that true friendship and happiness is a mix of ups and downs. Mr. Incredible can always count on Frozone to come running when he calls. He just needs a second to put on his super suit! 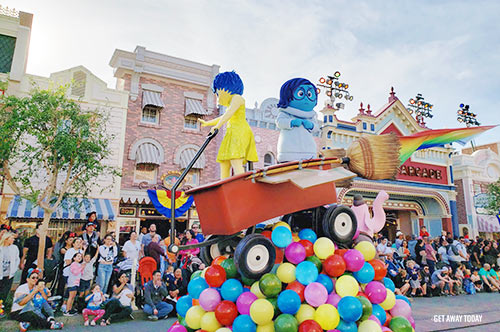 Stories of friendship are pretty awesome. What Pixar pal would you choose to be in your life? Do you have a Pixar BFF? This article will show you how to find the perfect Pixar pal for you! The game only works when combined with some Disney magic. So, sprinkle a little pixie dust on the paper before you give it a whirl.

Download and print the Pixar game template. I printed mine on regular printer paper in color ink. The Pixar Fest colors are so fun. 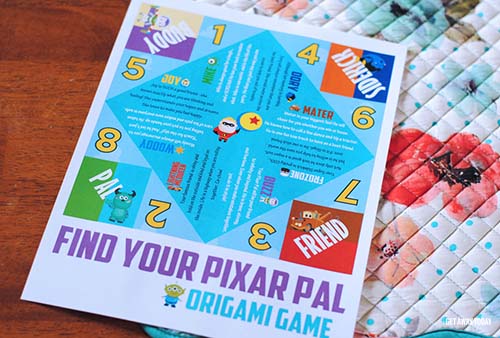 Cut around the square to remove the white paper edges.

The process of folding the game is just like a traditional origami fortune teller. You may have played a version of this game as a kid during recess at school. I found out a lot about my love life from an origami paper on the playground. 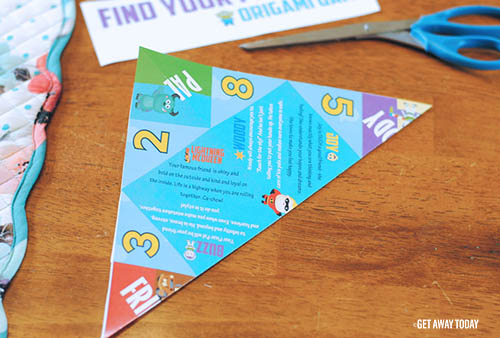 Open the Pixar game and place it face down on the table. The printed side should not be showing. Fold the four corners up into the center of the square. 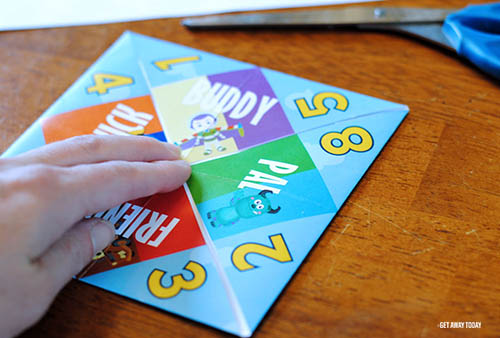 Fold the corners towards the center. This step will hide the small text and bring the numbers to the top. 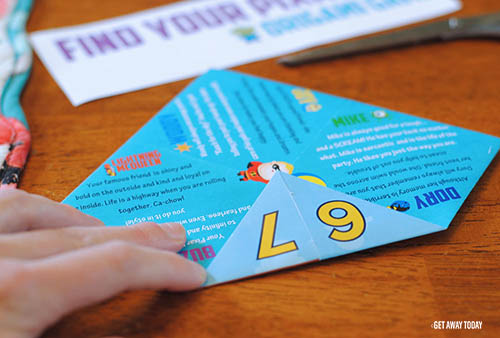 This last step is the only tricky part! You need to make the flat paper turn into a 3-D object. To do this, slide your thumpers and pointer fingers into the slots under the single word triangles. Push them to the center to form a point. Give it a little bit of pressure and the corners pop up really easily! Your Pixar Pals game is ready to play. 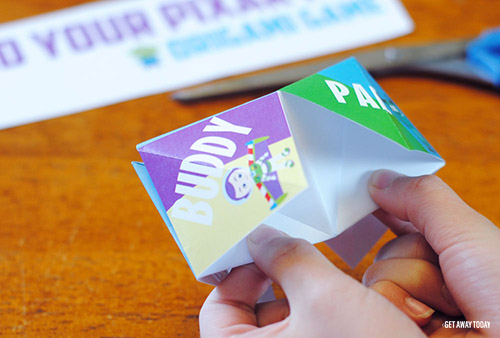 The rules are simple. Hold the game with your pointer fingers and thumbs. Let a partner choose a word from the options shown; friend, pal, buddy or sidekick. Spell the word aloud as you open and close the paper with your hands. Alternate opening to the left/right and then up/down one time for each letter of the word.

Stop with the game open. Let the player choose a number from the options visible. Open and close the game like you did in the first step, based off which number they picked. Repeat this process again with a second number selection. 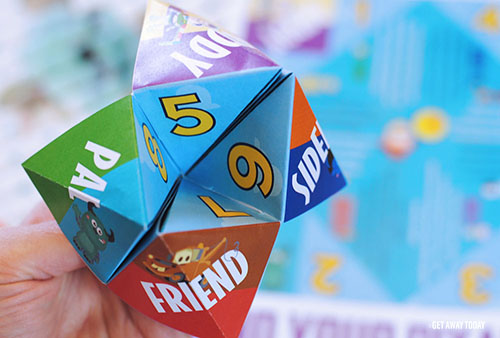 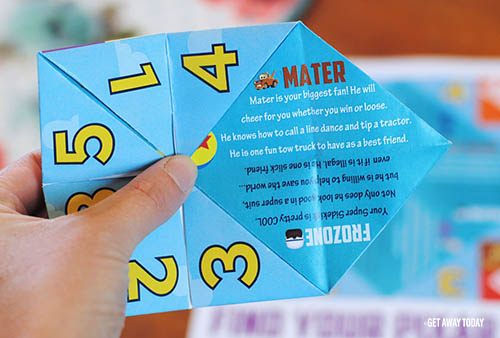 You can play this Pixar game as many times as you want...especially if you don't get your favorite pal on the first round! I think my favorite Pixar pal is Mater. He is so funny and kind. He doesn't give a lick about his appearance. He just enjoys life. I love that!

Good news! You can meet your own Pixar pal at Disneyland and Disney California Adventure Park this summer during Pixar Fest. Plus, you can save when you book your discount Disneyland tickets and packages with Get Away Today. Book online now or give our Disney experts a call at 855-GET-AWAY. We know you'll have one incredible vacation! 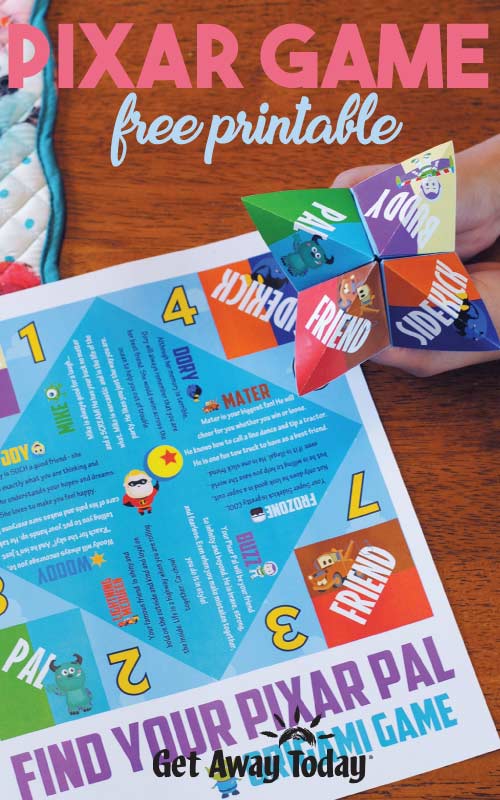