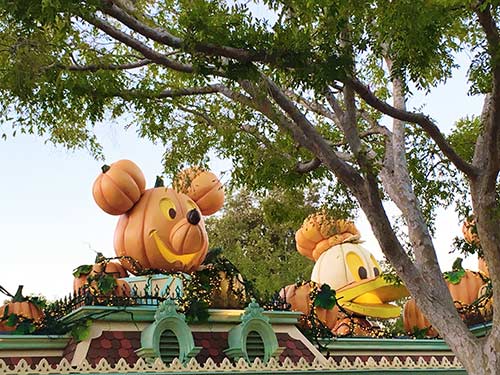 Halloween Time at the Disneyland Resort is one of the most popular times of the year! From festive fall decor and food to holiday ride overlays, you know you're in for a treat when you visit during Halloween Time. This year, Halloween Time at Disneyland begins on September 15th and continues through October 31st. For those wanting to participate in the ultimate celebration of all things Halloween and Disney, Disneyland offers Mickey's Halloween Party.

Mickey's Halloween Party is a special event that requires a separate ticket from your park admission. In return, you'll have access to Disneyland and some spooky fun while it's closed to the general public. For those who don't purchase event tickets, it's important to note that Disneyland will close early to the general public on nights the party is held. If you're visiting on a weekday party night, Disneyland will close at 6pm. If you're there on a Friday party night, Disneyland will close at 7pm. Your night won't have to end there, though. Just hop over to Disney California Adventure or Downtown Disney to finish your night with just as much frightful fun. This is one of the biggest reasons we recommend purchasing a Park Hopper ticket if you're traveling during Halloween Time. 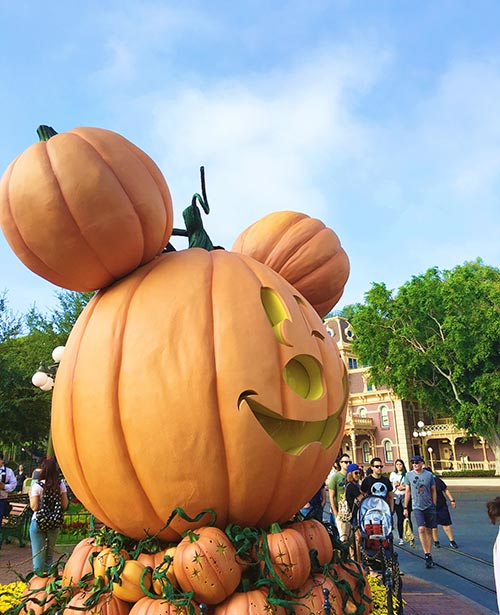 - Not-so-scary trick-or-treating stations. This Halloween tradition will be sticking around for Mickey’s Halloween Party 2017. Make sure to grab your complimentary souvenir treat bag as you enter the park on the night of your party. Then, use a special map to visit all of the trick-or-treat stations throughout the park. Even if you choose not to use the map, you can easily find each station by looking for the large Ghost Mickeys. It’s fun to see just how much candy everyone can collect! If you’d rather avoid the sweets, healthy alternatives are also offered at each station. 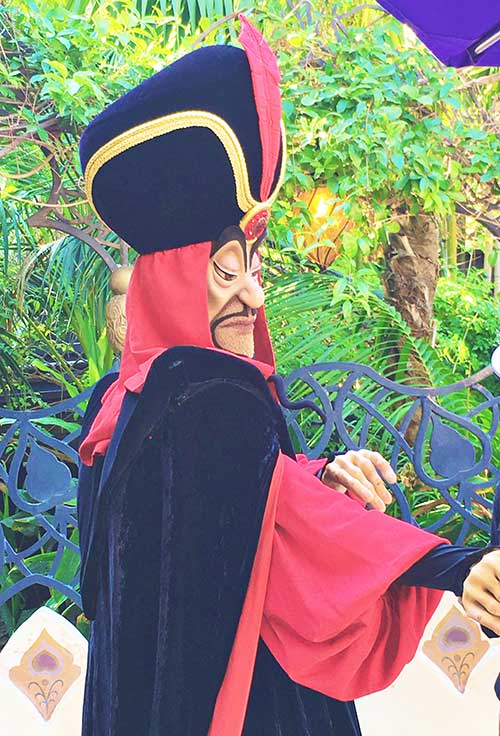 - Ride of the Headless Horseman. A giant perk to Mickey’s Halloween Party is all the dazzling entertainment that can only be seen during the event. You’ll know the nightly extravaganza has truly begun when you witness the Ride of the Headless Horseman. Watch as he silently rides through Main Street, U.S.A., with only a jack-o-lantern to illuminate the way. Excitement builds as his haunting figure disappears into the shadows – the Frightfully Fun Parade is about to begin!

- Frightfully Fun Parade. Mischievous forces are at play during Mickey’s Halloween Party 2017. The enchanting parade, exclusive to the party, will have your whole family singing along. Mickey, Minnie, Halloween Town friends, Dr. Facilier and the Grim Grinning Ghosts are just a few of the frightful characters you’ll encounter during the display. 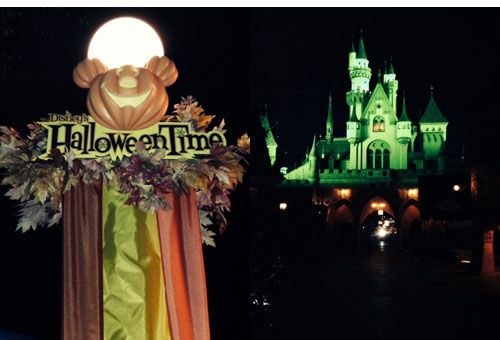 - Souvenir PhotoPass downloads. There’s no better way to remember the fun you had than with picture proof! Mickey’s Halloween Party 2017 tickets will include unlimited PhotoPass downloads for all pictures taken during the event. The best part is that this includes all PhotoPass pictures taken from the moment you enter three hours before the event. Whether you’re snapping pictures with your favorite villain or want to keep the hilarious picture of your family riding Guardians of the Galaxy – Mission: BREAKOUT!, you’ll be able to. This is one of the changes for Mickey’s Halloween Party 2017 that we’re most excited about! 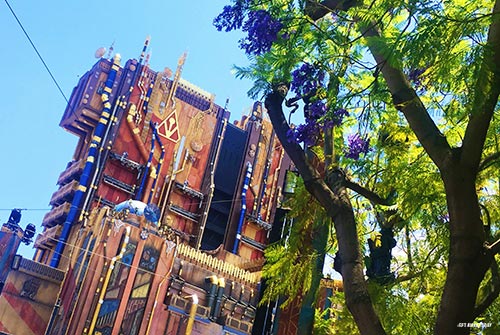 - Prices. It’s true that the prices for Mickey’s Halloween Party 2017 have increased when compared to last year. Tickets for the general public range from $95 - $120 per person, depending on which party you choose to attend. You can find exact pricing for your party date on Disneyland’s website. While a price increase was inevitable, all that Disney added to the event ticket has been a bonus. With the added benefit of park hopping and PhotoPass downloads, we think Mickey’s Halloween Party can be more than worth it for some families.

- New characters. Remember those Halloween changes we mentioned before? One such change is that Disney California Adventure will also be celebrating Halloween this year. Specifically, Radiator Springs will become Radiator Screams, with ghostly decor and frightfully fun ride overlays. Lightning McQueen and Mater will also be donning their “cars”tumes for the first time. You won’t want to miss seeing these new Halloween characters in Disney California Adventure before heading to Mickey’s Halloween Party in Disneyland. Don’t forget that the characters presented during the party can always change, too. We’re excited to find out what new haunting friends will be found at Mickey’s Halloween Party 2017. 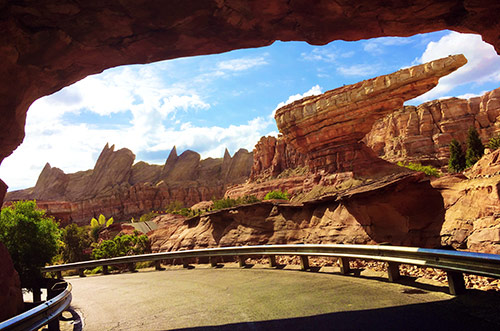 We can hardly wait to visit during Mickey's Halloween Party this year! From meeting our favorite Disney villains to watching the Halloween Screams Fireworks, we know it's going to be the haunt of the year. Being able to experience Disney California Adventure and have unlimited downloads of our photo memories will just be icing on the cake this year.

If you haven't booked your Halloween trip yet, now is the time! You'll get the best availability when you book sooner rather than later. Plus, your wallet won't be frightened when you take advantage of our discount Disneyland tickets and reduced hotel rates. Book your Disneyland package online or give our Disney experts a call at 855-GET-AWAY. After all, it's a boo-tiful day to book a Disneyland trip!

Hi Kedra! You may see a few of the Halloween decorations begin to appear during your stay, but a lot of the change does take place almost magically overnight. Please let us know if you have any other questions! :)

My husband and I have a trip planned for the 2nd week in september. It looks like we will miss the opening of the Halloween season by one day. I was wondering if the decorations will be up during the week of the 15th or do they magically put all the decorations up overnight? I hope we get a chance to see some of the fun Halloween decorations while we are there.