UPDATED September 2019: The Oogie Boogie Bash is a brand new Disney Halloween party coming to Disney California Adventure Park in 2019! We have all of the details, dates (including which parties are already sold out) and everything you need to know below. 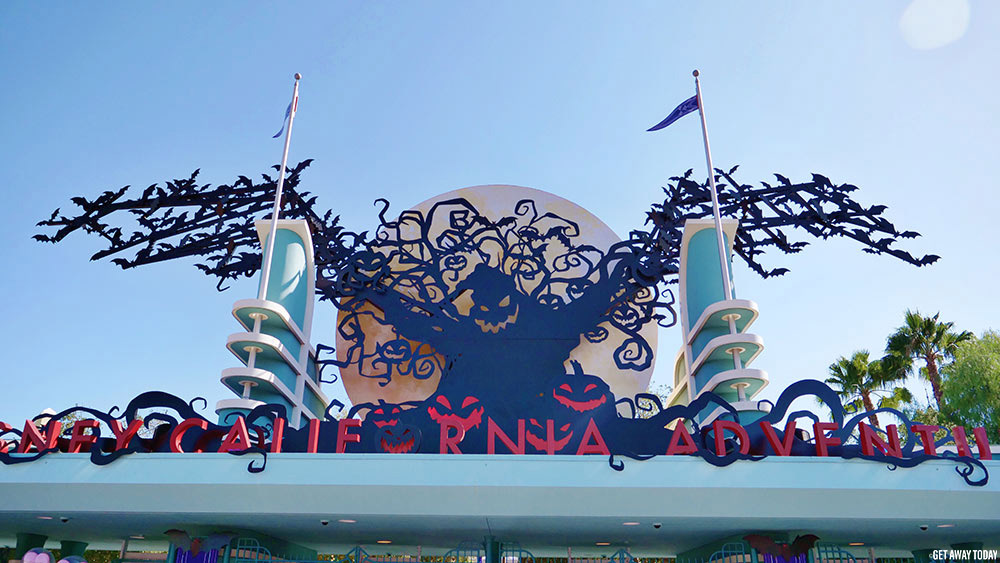 One of the most popular times of year is here! Halloween Time at the Disneyland Resort will be taking place September 6 - October 31, 2019. Additionally, a brand new Halloween party is coming to the Disneyland Resort in mid-September. We are so excited! And we're sure you have questions. We've answered all of your questions about the Oogie Boogie Bash below. If we missed anything, let us know and we'll add it to the article.

What is the Oogie Boogie Bash?

The Oogie Boogie Bash - A Disney Halloween Party is just that, an incredible Halloween party that only Disney can throw. It is a private event on select nights that requires a separate ticket. The ticket includes evening theme park admission, including access to attractions, exclusive entertainment and activity options. 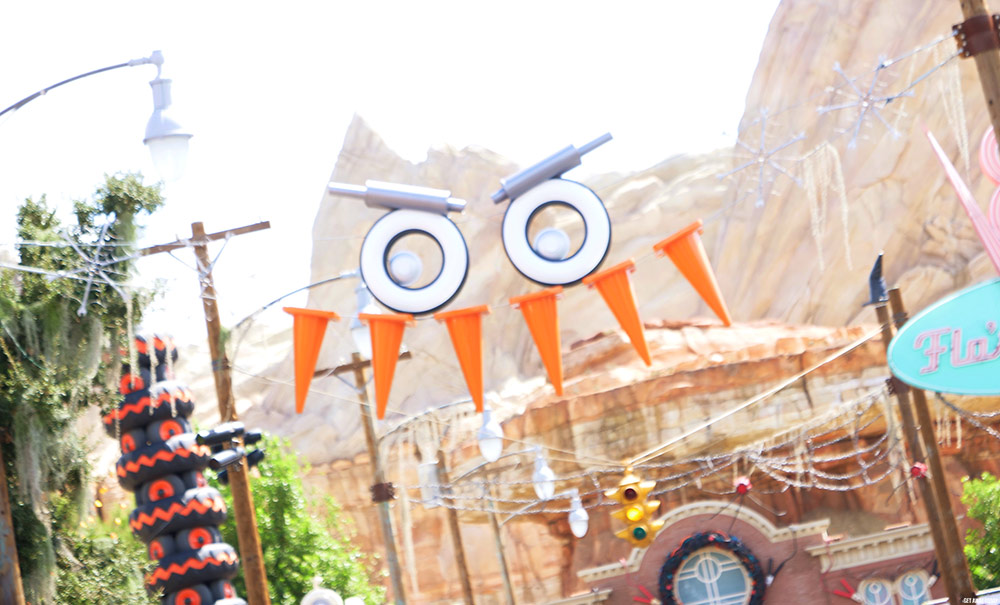 Yes. If you have previously attended Mickey's Halloween Party, be aware that the Oogie Boogie Bash will replace this event. There will not be a separate Halloween Party inside Disneyland. However, classic Halloween Time events and attractions will take place as usual throughout the resort. In fact, Halloween Screams, which used to be exclusive to Mickey's Halloween Party, is now going to be part of Disneyland's nighttime line up and will be available to all guests in the park. Fireworks will be part of the show on most weekend nights through Halloween Time, and the other nights will feature the music, projections and other special effects without fireworks.

Where is the Oogie Boogie Bash?

The Oogie Boogie Bash will be held at Disney California Adventure Park at the Disneyland Resort. Your Oogie Boogie Bash ticket includes access to the park three hours before the party begins. Most nights, the party begins at 6pm, which means if you have a party ticket, you can get into Disney California Adventure Park as early as 3pm. On select nights, including Sundays and October 29 and 31, you can get into the park up to four hours early with a party ticket. 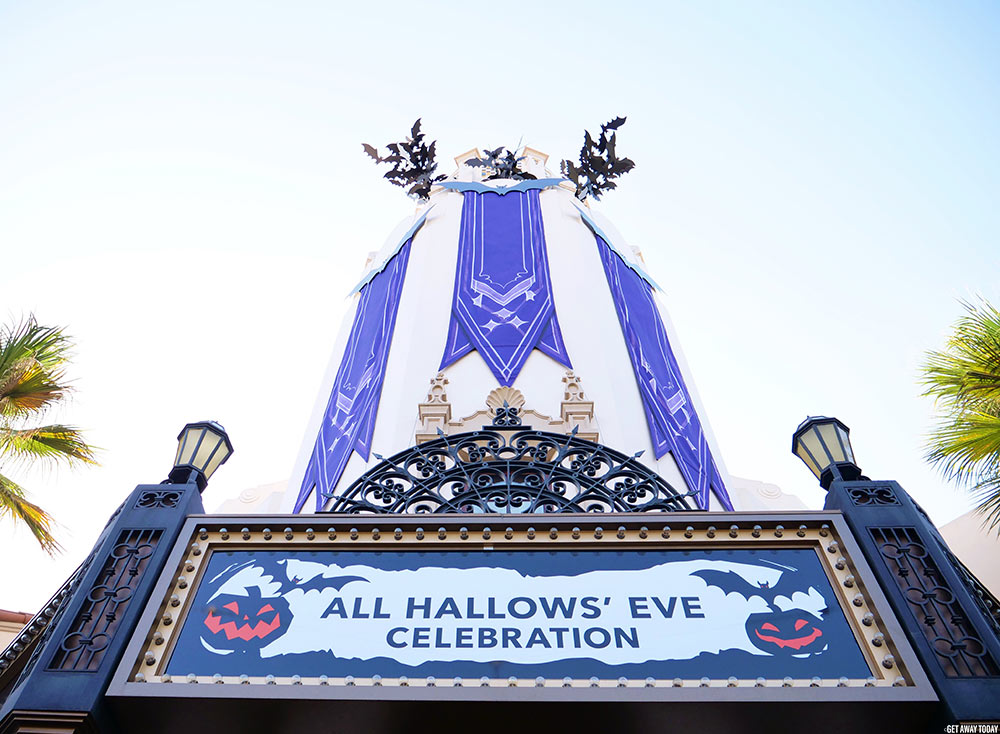 Remember, although Disney California Adventure Park will be closing at 6pm to guests not attending the Oogie Boogie Bash, Disneyland Park will remain open to those who have a Park Hopper ticket. Additionally, Downtown Disney and the restaurants of the Disneyland Resort Hotels will also remain open later to accommodate guests who do not have a party ticket and may or may not have a Park Hopper ticket.

When is the Oogie Boogie Bash?

The Oogie Boogie Bash will be held on Tuesday,Thursday and Sunday nights, beginning on September 17 and culminating on Halloween night, October 31, 2019. 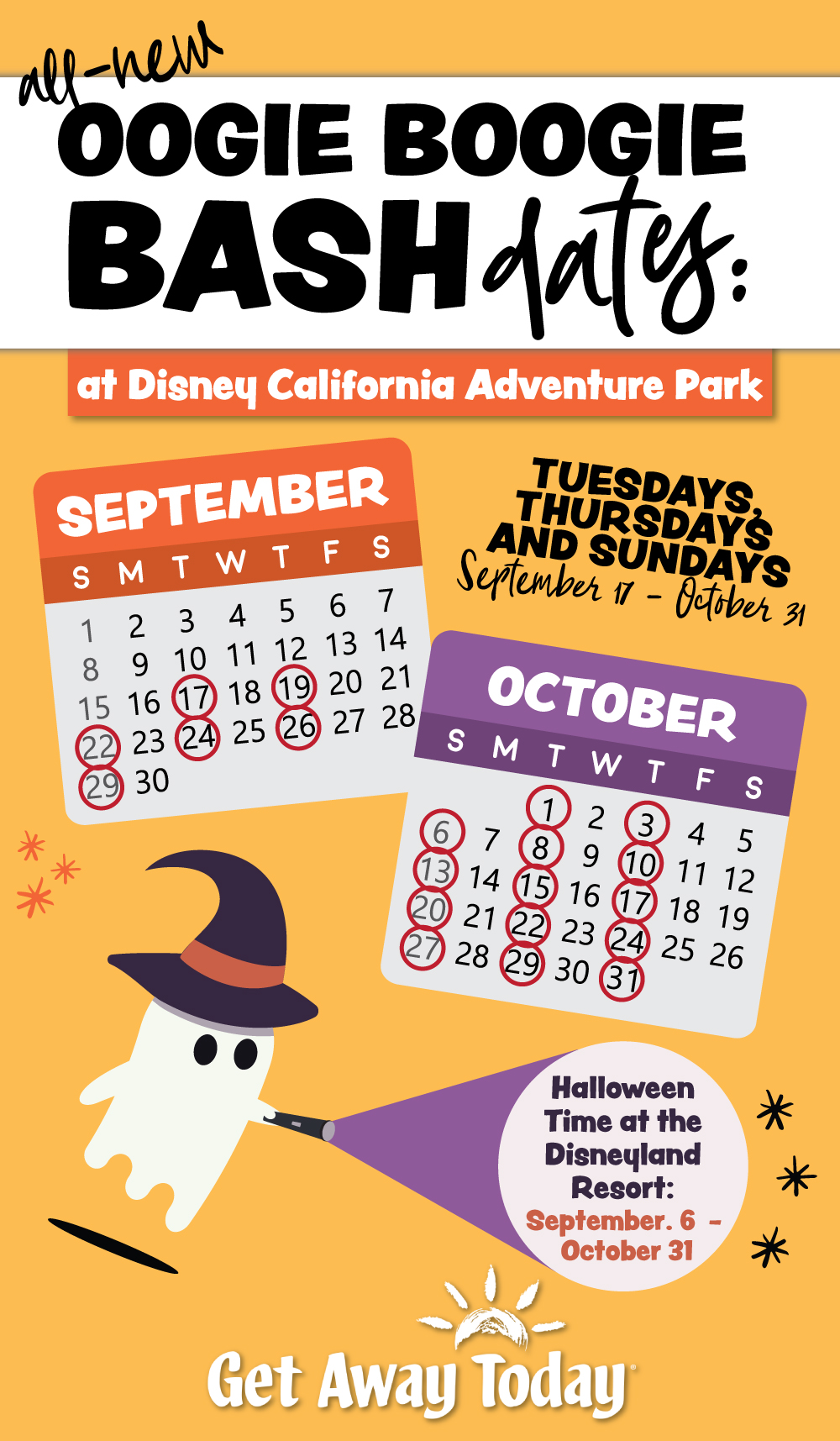 How long is the Oogie Boogie Bash?

The actual party begins at 6pm and continues until 11pm PT. However, you can get into Disney California Adventure at least three hours prior to the party beginning. On Sundays and October 29 and 31, you can get into the park four hours early. That's either eight or nine full hours of Disney Halloween fun.

What exclusives are part at the Oogie Boogie Bash?

This is the most exciting part of all. The Oogie Boogie Bash has so many new and exclusive offerings available at the party. Here is a quick breakdown of what to expect: 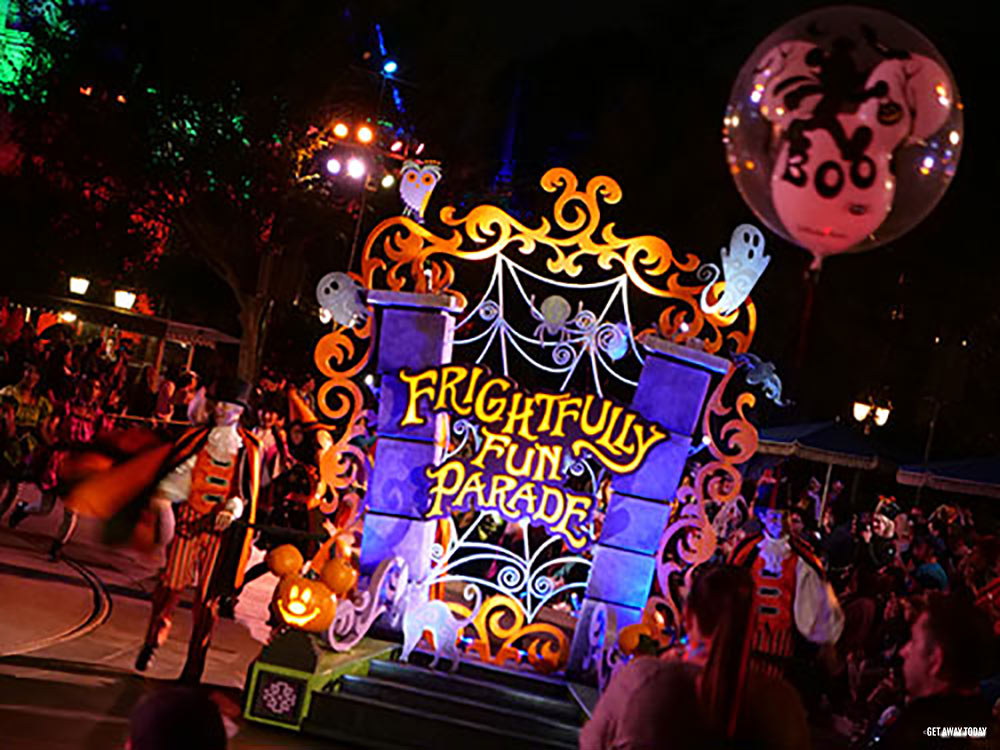 What rides are open during Oogie Boogie Bash?

Most of the attractions at Disney California Adventure Park will be open for the party if they are also open during the day. However, there's one attraction that is only open at night during Halloween Time and only at Disney California Adventure Park. Guardians of the Galaxy - Monsters After Dark is coming back this year and will be part of Oogie Boogie Bash. It will also be included as part of the regular Halloween Time during non-party nights. 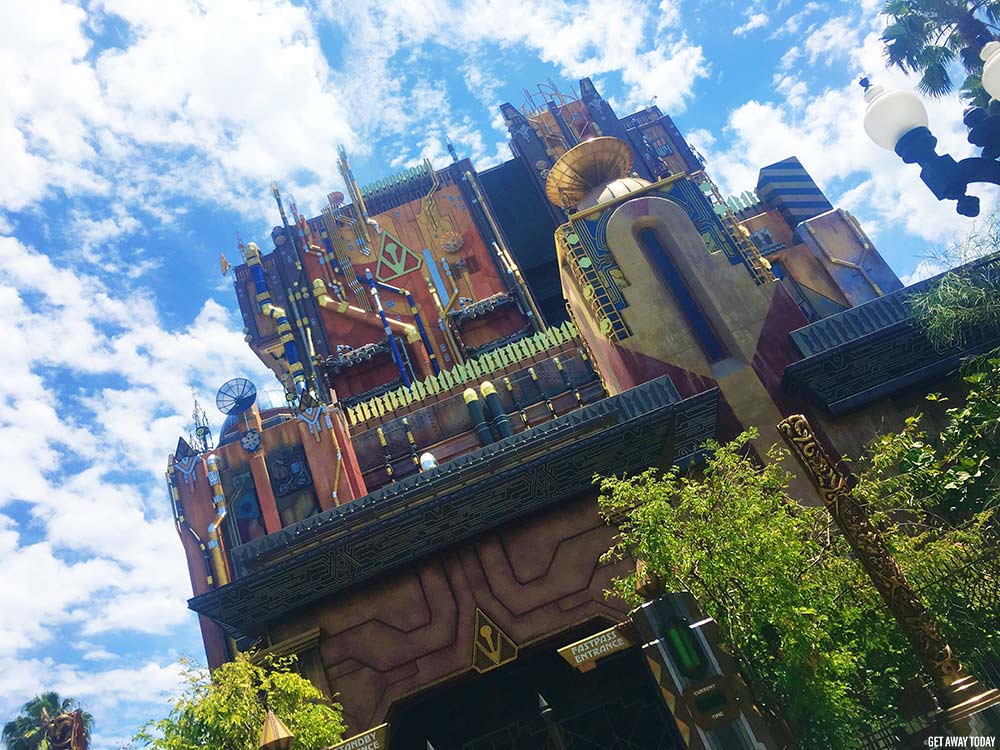 In addition to Guardians of the Galaxy - Monsters After Dark, Cars Land will become the town of Radiator Screams. The Oogie Boogie Bash is a great time to ride Luigi's Honkin' Haul-O-Ween and Mater's Graveyard JamBOOree, as well as your other favorite DCA attractions.

How much are tickets for Oogie Boogie Bash?

Pricing for the Oogie Boogie Bash varies depending on the date. Ticket prices start at $110 and go up to $145. The closer you get to Halloween, the more likely you are to pay the $145 price. Annual Passholders can get a $10 discount on four of the earliest party dates, but other than that there are no discounts. Adults and children ages 3-9 all pay the same price. Tickets are not required for guests who are two or younger.

How do I get tickets for Oogie Boogie Bash? 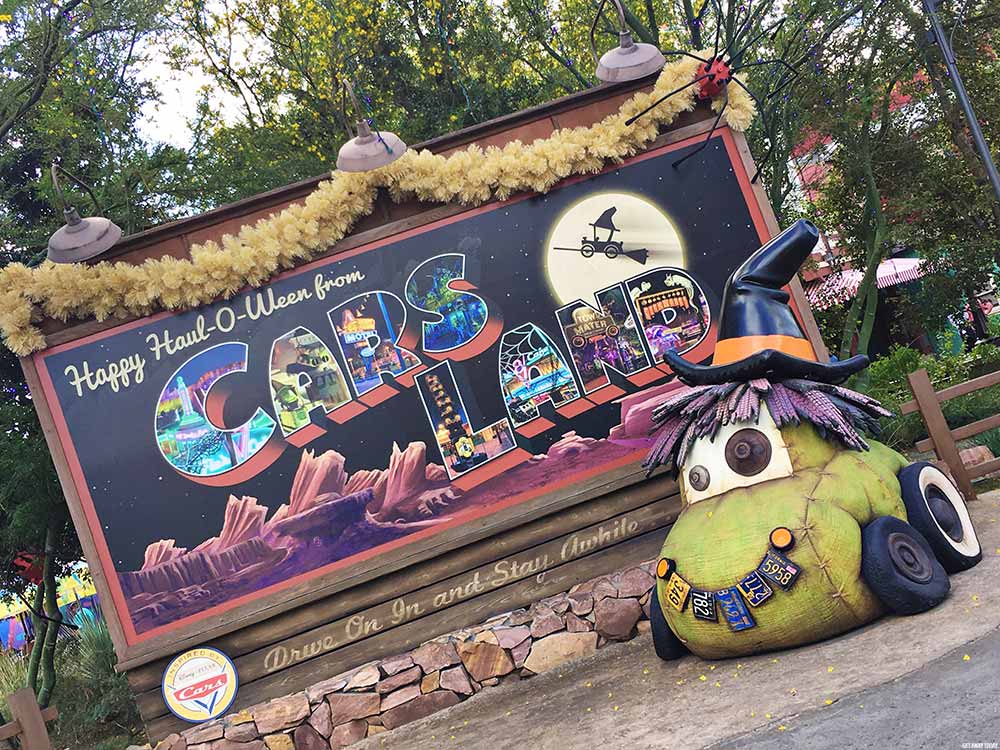 Will tickets sell out for Oogie Boogie Bash?

Yes, some nights are already sold out of Oogie Boogie bash tickets. In the past, Mickey's Halloween Party always sold out. And because this is an all-new event with so many exclusive offerings, we expect the remaining dates to sell out as well. Additionally, this is the first year that Star Wars: Galaxy's Edge will be open during Halloween Time, which will likely bring more people overall to the Disneyland Resort. Many of them will probably want to enjoy this exclusive party and many dates, including all of September, have already sold out.

Here is a quick update of all currently sold out party dates:

However, there are still some party dates available. Currently, the available Oogie Boogie Bash tickets are available for the following dates:

Can I wear a costume to the Oogie Boogie Bash?

Yes! Costumes are allowed and even encouraged at the Oogie Boogie Bash. Keep in mind that there are costume guidelines that must be followed. No masks, no posing as actual Disney characters, no capes, no weapons and other restrictions may apply. And as always, Disney reserves the right to deny admission or remove anyone who is wearing a costume that they deem inappropriate. Be sure to check the official guidelines when purchasing your Oogie Boogie Bash tickets and you'll be good to go! 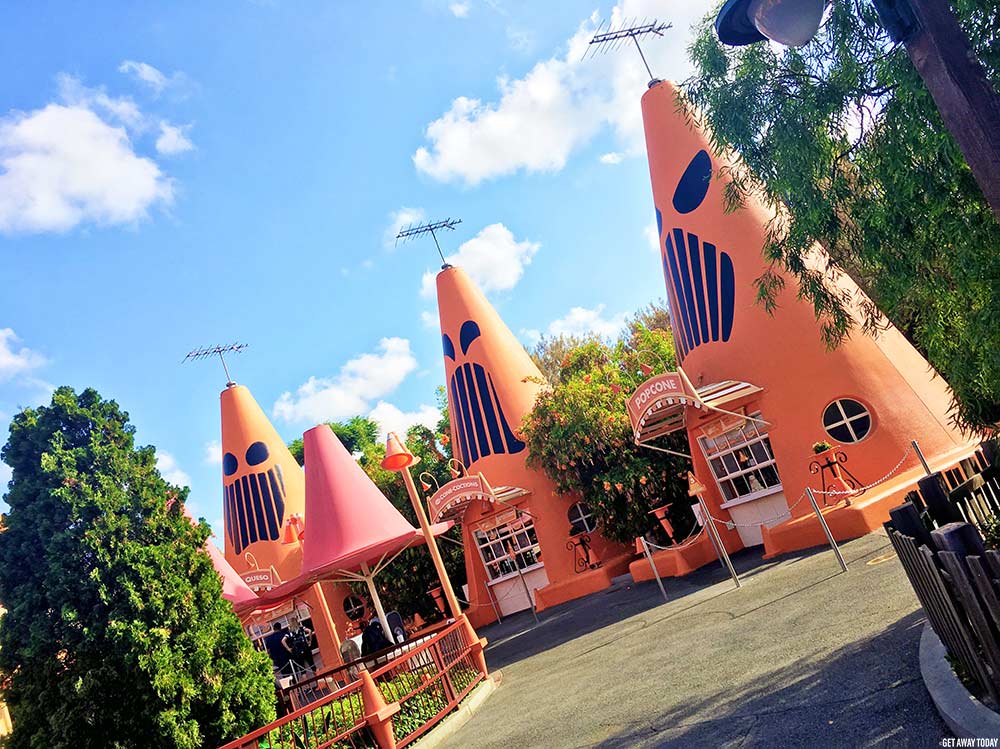 How do I book my Halloween Time vacation?

I'm so glad you asked. We would LOVE to help you book your Disneyland vacation for Halloween Time. There is still plenty of time to book a quick September or October getaway. We can help you online or over the phone at 855-GET-AWAY. Either way, you're in for a spook-tacular time! 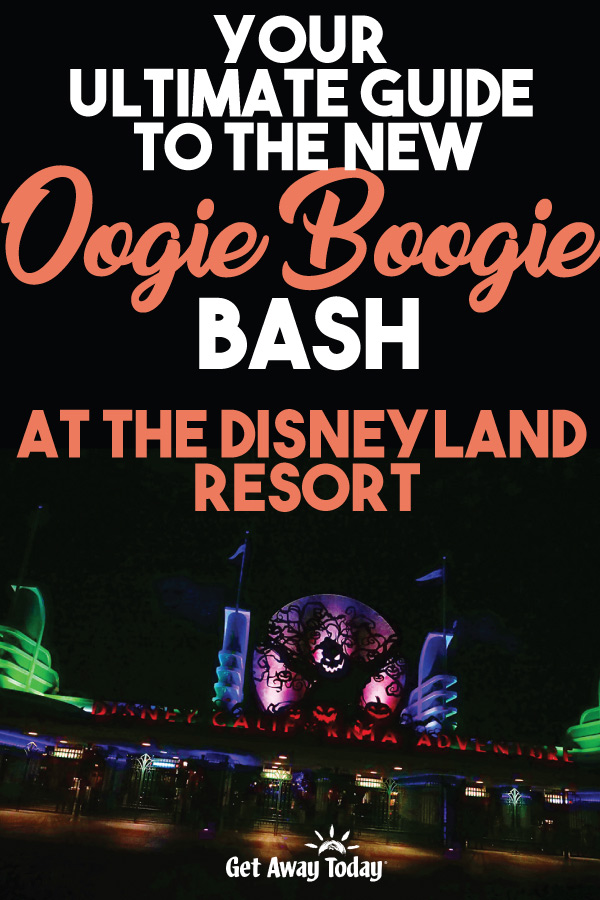 Are you given the wrist band when you enter CA, or do you have to leave the park and reenter at 6:00 pm?

Anonymous - When tickets sell out, you can contact Disney directly over the phone: 714-781-4636. We initially wrote this article in the Spring, when more tickets were available. Since republishing last week it's possible more dates have sold out. Hope this helps!

I noticed you wrote this a few days ago. I can’t find tickets for October first.

Alece- When tickets sell out, there's not much you can do! You are welcome to contact Disney directly over the phone to see if there's a chance they any tickets: 714-781-4636

They sold out on the one day I need a single ticket. Any suggestions for getting a ticket when they've sold out?

Melissa- Oogie Boogie Bash tickets do need to be purchased directly from Disney. Enjoy the party!

can I add the tickets on to my trip that is planned? or do I ha e to purchase them through Disney

Anonymous- We haven't yet seen that info, but start checking 8am Pacific on their website!

Do you know what time on the 30th tickets go on sale?

Anonymous- You can visit Disney's website at https://disneyland.disney.go.com/tickets/events/ or call them directly at 714-781-4636.

What if I already got my park tickets? Who do I call to get the Oogie Boogie tickets with the Disney Visa discount?

Melissa- You're right that the tickets are supposed to be available today to Annual Passholders, Disney Visa card holders and Disney Vacation Club members. We're not sure why, but the only link working as of right now (noon MST) is the Annual Passholders link. We advise you keep checking the website to see when Disney gets those links working! https://disneyland.disney.go.com/tickets/events/

Any idea how the Disney Visa cardholders buy tickets? The link isn't live on their website even though they went on sale today.

Anonymous- Disney hasn't released information about the Oogie Boogie Bash tickets being Park Hoppers; right now all their information indicates that tickets to the Bash will give access to Disney California Adventure Park only. We'll update the article if anything changes!

Leslie- According to Disney, the limit is 8 tickets per person, per event date.

How many tickets can an AP ticket holder buy? Is there a limit?

Will the Halloween special event tickets be Park hoppers like previous years?

Anonymous- Please do call us at 855-GET-AWAY on April 30 when Oogie Boogie BASH tickets go on sale. We would love to help you with your purchase!

Can we purchase tickets for the oogie boogie bash through getaway today?