If you haven't already signed up for Disney's streaming service, Disney+, now is the time! With social distancing recommended during this unique time for our country, we're all spending a bit more time at home than usual. So we've rounded up the BEST Disney+ shows for your family to enjoy. And since your Disney+ subscription is packaged with Hulu, we have a list of the best shows on Hulu, too! For the time being, you can add Disney+ as part of your Hulu package with our link below.

Before we get to our list of our favorite Disney+ shows, you can click our affiliate link to sign up for Disney+ and Hulu to start streaming Disney content. It's $5.99 per month, or you can upgrade to have Disney+ and ESPN included for $12.99 per month. Disney+ is now the official home of Marvel content, Star Wars content and classic Disney shows and movies.

With the onset of social distancing, did you know Disney is offering new releases ahead of schedule? We're so excited that Frozen 2 has been available since March 17, 2020, which means we've been watching it pretty much nonstop for about a week now. Additionally, Disney announced that Onward releases April 6, 2020 so you can stream it on Disney+ at no additional cost. It's amazing that a company we love is doing what it can to help us navigate these uncertain times.

From Disney classics to remakes, we have a HUGE roundup of the best movies on Disney+. Whether you want to show the kids your favorite films from your own childhood or experience something new from Disney Pixar, you can find almost all of it on Disney's new streaming service. In no particular order, here are some of our best family movies on Disney+.

Nostalgia is a powerful force, and that's why you'll find some of us watching Disney series including Duck Tales, Phineas and Ferb and Gargoyles on Disney+. These series and more are available on Disney+, and here's a list of the best series on Disney+ right now.

We couldn't create a list of Disney+ releases without including Star Wars! From movies to the series that introduced us all to Baby Yoda, it's available to stream on Disney+ now:

With the acquisition of Marvel, Disney can now share Avengers shows on Disney+. We love being a part of all the action!

You know the short little films at the beginning of a feature film? Well, Disney has included a number of shorts on Disney+. Check out the best Disney shorts from the comfort of your own living room.

Hulu offers a variety of content that's perfect for binge-watching. Our list of the best shows on Hulu is divided into best kid shows on Hulu and content for a date-night in when the kids are in bed. If there's anything you'd add to our roundup, let us know in the comments!

Best Shows on Hulu for Adults (Not rated M for Mature)

Now you should be set to enjoy social distancing! Our lists of the best TV shows will give you an excuse to sit down together and enjoy a bowl of popcorn with your feet up. You can sign up for Disney+ and Hulu using our affiliate link. Let us know what show is your favorite!

How to Create Disney Magic at Home - Disney Crafts Roundup 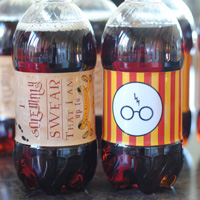 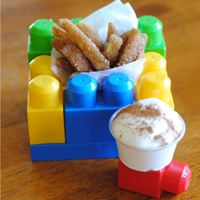 Activities to do at Home - Inspired by Southern California Vacations