You may have heard that a new Frozen attraction is coming to Epcot at Walt Disney World, and we couldn't be more excited about it! Although 2016 seems like a long time to wait, there is so much Frozen fun to be had at the parks right NOW. Here's your guide to where and what you'll find throughout the Walt Disney World Resort this winter:

What: A shopping, dining and play area featuring real snow and the Northern Lights, Frozen merchandise and yummy Frozen inspired treats (the carrot cake cupcakes are all the rage!)
Where: Disney's Hollywood Studios on Streets of America by the "Lights, Motors, Action! Extreme Stunt Show"
When: Now through the holidays (maybe longer if it's extended!) 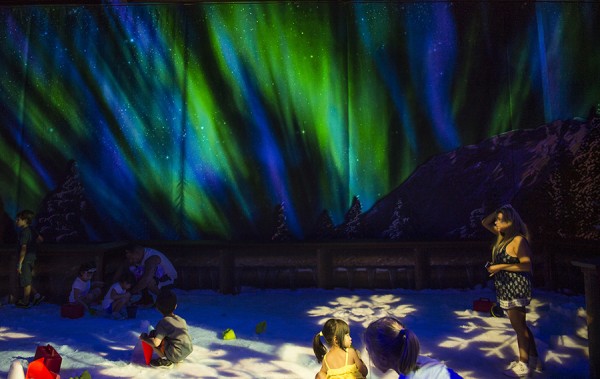 Frozen Live - For the First Time in Forever: a Frozen Sing-Along Celebration

What: Anna, Elsa, Kristoff, Olaf and two Arendelle historians lead guests in an interactive sing-along with favorite songs from the film
Where: Disney's Hollywood Studios in the Premier Theater
When: now - the holidays (possibly and probably ongoing)

What: A nighttime show featuring Anna, Elsa, Kristoff and Olaf where Elsa uses her powers to transform Cinderella's Castle into a shimmering ice palace
Where: Magic Kingdom in front of Cinderella's Castle
When: November 7 - December 31, 2015 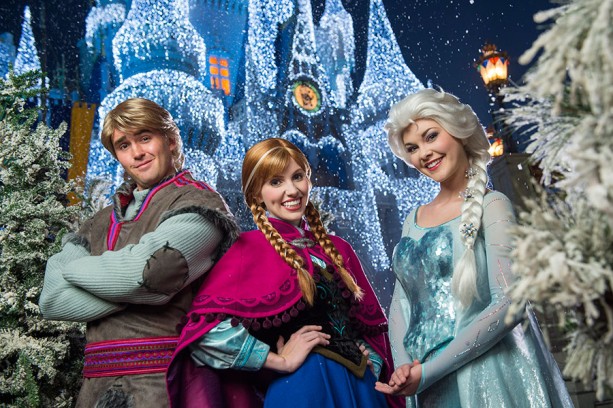 Mickey's Once Upon a Christmastime Parade

What: Disney's famed holiday parade will now feature a float with Anna, Elsa, Olaf and Kristoff
Where: Magic Kingdom along the parade route
When: Only available to guests of Mickey's Very Merry Christmas Party (a separate ticketed event available on select nights November 7 - December 19)

We'd love to help your family make some Frozen memories this holiday season! We'll help you find the perfect deal for your Walt Disney World vacation. Make your holidays extra magical and save up to $600 on 5-night/6-day room, ticket and dining packages* for travel December 14 - 20, 2014. Or, surprise your family with the same deal for travel most dates January 5 - March 7, 2015. Book online or call our Disney Experts at 855-GET-AWAY.