Ever since we found out that The Wizarding World of Harry Potter was coming to the west coast, the number one question we've been asked is how it will compare to the first Wizarding World of Harry Potter located in Florida. We've been to both parks and love them both so incredibly much. The detail found on both coasts is unmatched. There are so many similarities and so many differences. I'll start with the major differences: 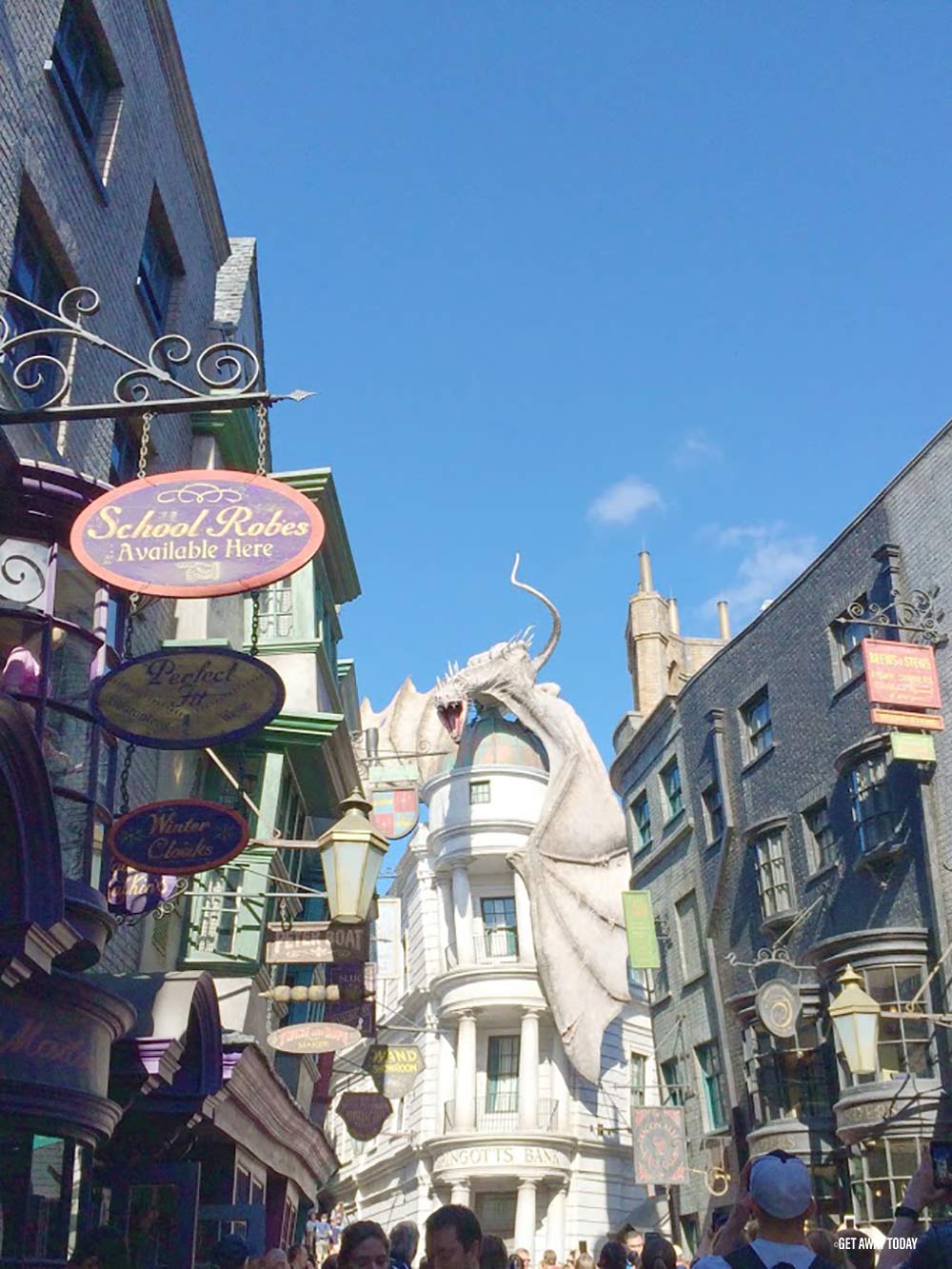 The Wizarding World of Harry Potter in Florida is much larger and made up of two lands; Hogsmeade located in Islands of Adventure and Diagon Alley located in Universal Studios Florida, connected by an actual working Hogwarts Express. If you'd like to visit both sides of the Wizarding World of Harry Potter on the same day, you'll need a park hopper ticket.

The Wizarding World of Harry Potter at Universal Studios Hollywood is patterned after the Hogsmeade side. There is only one park in California, and you can easily experience everything in one day.

Hogsmeade on the west coast is just slightly smaller than the original in Orlando, but the space is used so wisely, you would never know. The layout of the streets and shops are almost identical, but with an additional attraction and more space, Orlando is more spread out. 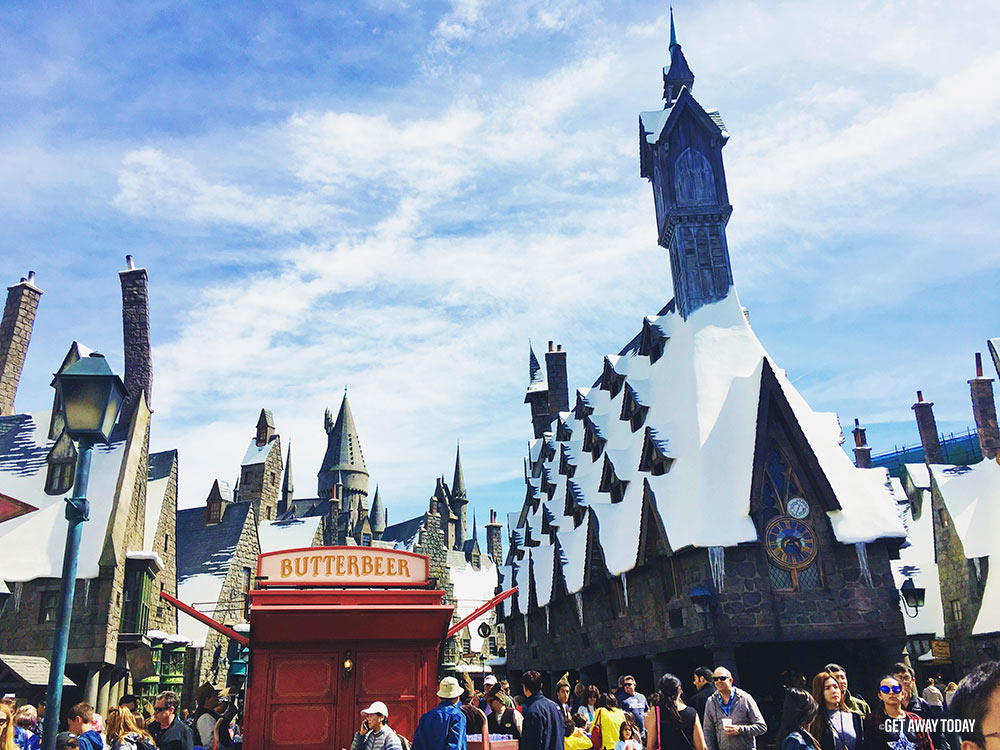 As far as general comparisons from west coast Hogsmeade to east coast Hogsmeade, they each feature the two attractions, Hogwarts which houses Harry Potter and the Forbidden Journey and Flight of the Hippogriff. They also both feature Ollivanders, Honeydukes, the Three Broomsticks Restaurant, Hog's Head Pub, Butterbeer carts, so many shops and live entertainment. The Wizarding World of Harry Potter in Orlando also has the Dragon Challenge rollercoasters, which the California version does not.

Now, I'll get into some of the nitty gritty details of the Harry Potter differences between California and Florida. Many of these you may not even notice, but any hardcore fan will appreciate the subtle and not-so-subtle differences: 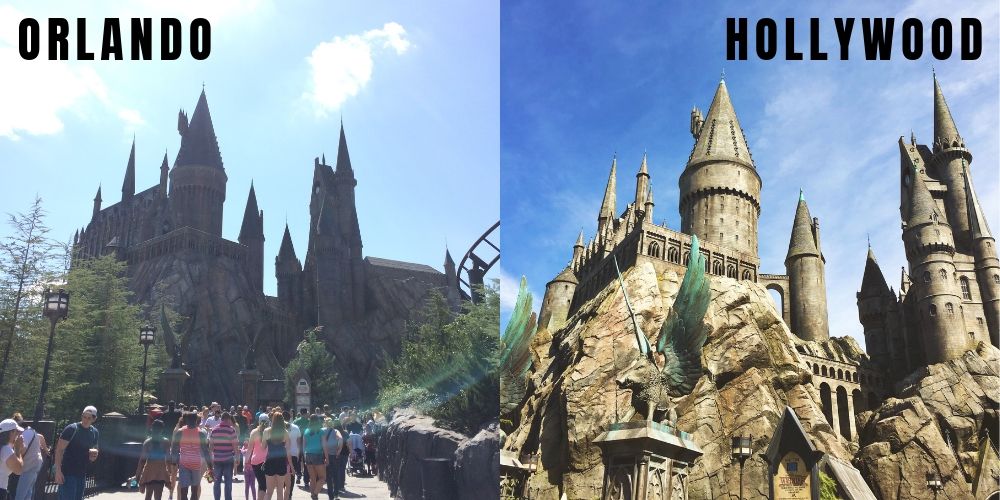 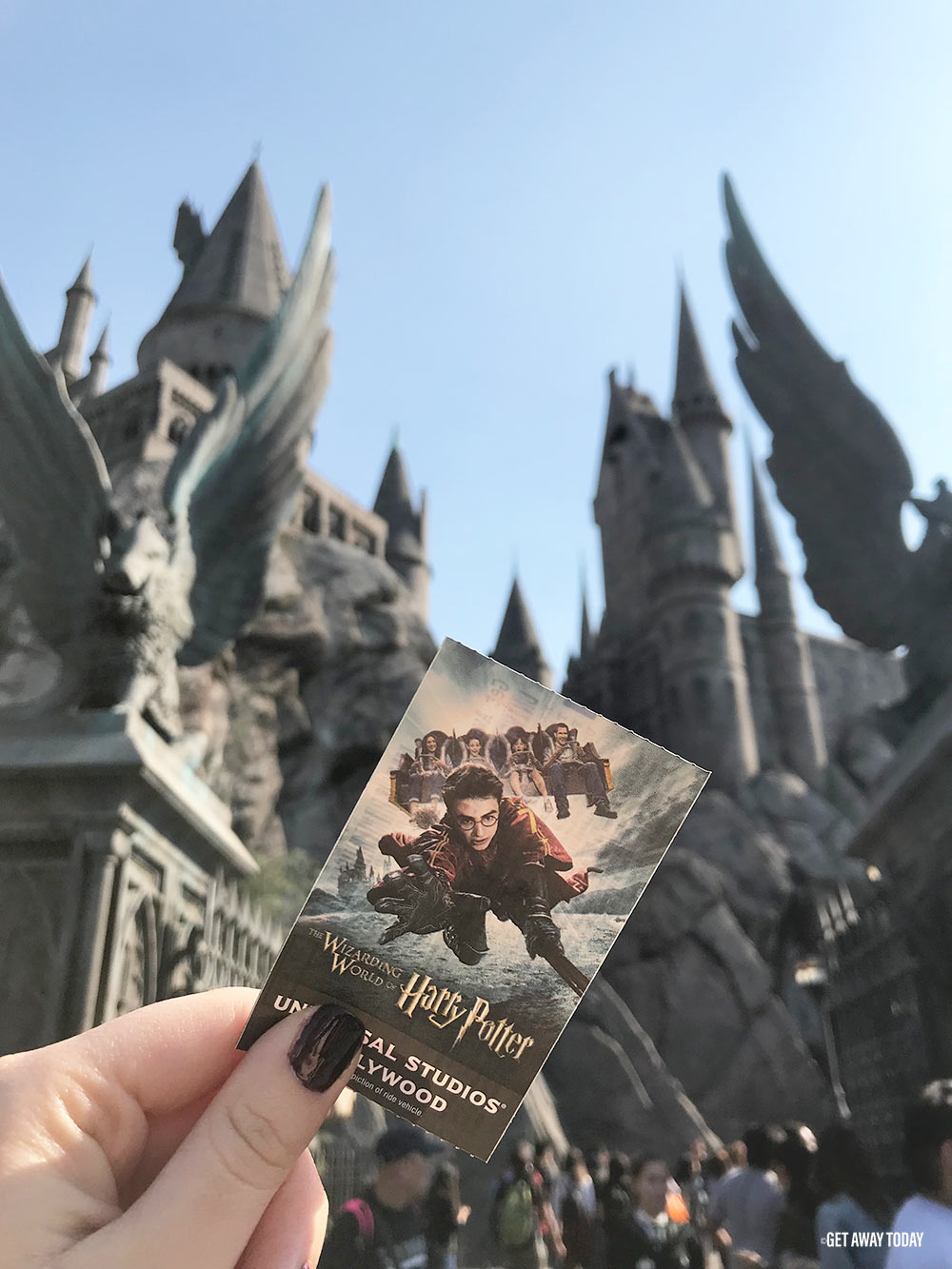 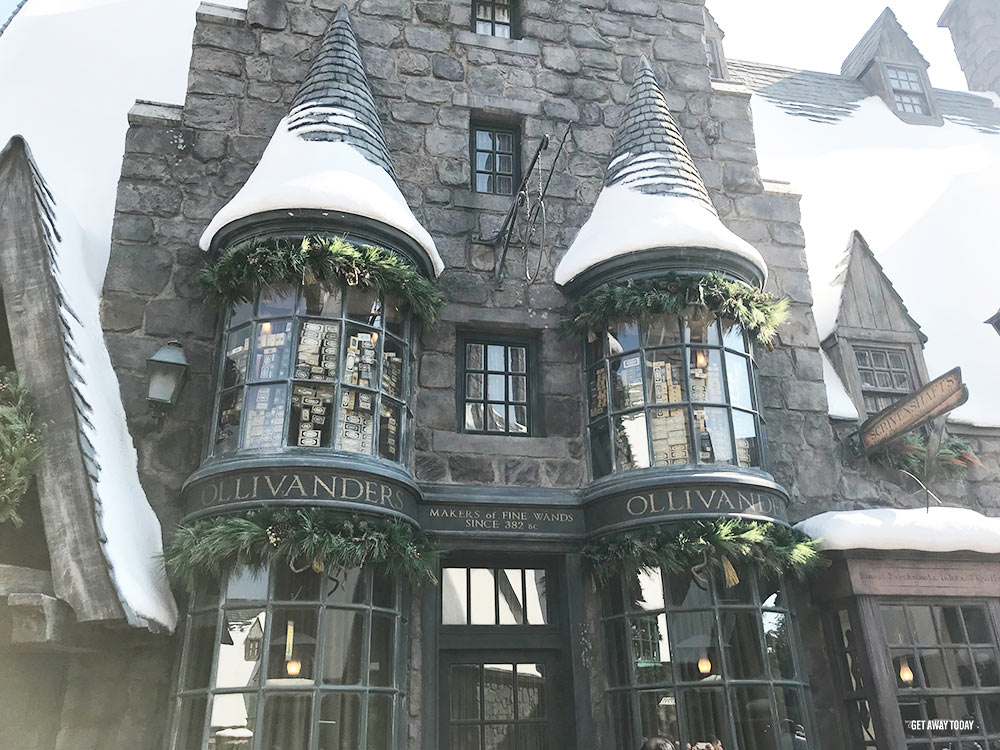 No matter which coast you decide to visit, know that The Wizarding World of Harry Potter will completly transport you from muggle to magic. Our agents would love to help you plan your Universal Studios vacation whether you're visiting Floriday or California. You can book either vacation online or call our agents at 855-GET-AWAY. 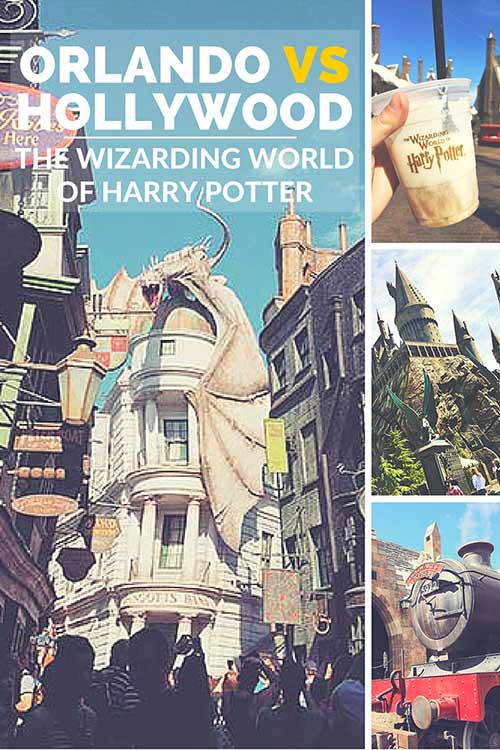 Ronald - Thanks for sharing your insight! We do love Universal Orlando's Harry Potter experiences, but also love the convenience of heading to nearby SoCal to check out the Universal Studios Hollywood version.

Personally, I thought Orlando was better because of the train experience and the new ride, Hagrid's Magical Creatures. Hollywood wasn't the best, I can assure you. Everyone thinks that they are Superior to you (much like the Malfoys) Otherwise, both parks are great. But Orlando is greater. ??

I live closer to Cali so I might go to that one and I will get Draco Malfoy's wand, but I'm a Hufflepuff so I will get a Huddlepuff scarf, because I already have a tie, and a robe. CAN'T WAIT!

I really want to go. I have read all books at least three times. I love the Harry Potter series

OMG I JUST WATCHED THE LAST MOVIE AND WHY DONT I GO THERE RIGHT NOW (the only thing that we have but not Lord Voldemort is NOSES but i really want to go there and buy potter stuff like wands and stuff OR SCHOOL UNIFORMS IF YOU CAN GET ONE (Im Going To Get Raven Claw Because Im In Raven Claw But I Got 40% Of Being In Gryffindor) c: