Harry Potter is the best selling book series in history. People young and old devoured the stories as they were created and continue to read them over and over again. My mom read the books aloud to my siblings and me. We would all snuggle up on our couch and travel together to a world of wizards, muggles, Quidditch, sorting hats, and magic! I grew up with Harry, Ron and Hermione. 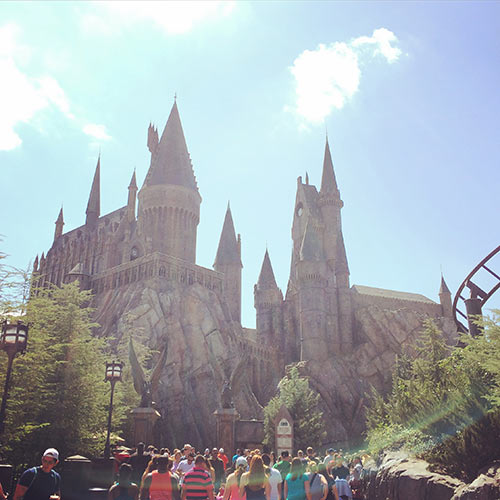 West Coast Wizards have reason to rejoice this coming spring, when their magical world comes to life with the grand opening of The Wizarding World of Harry Potter at Universal Studios Hollywood. Muggles are invited to wander the streets of Hogsmeade, explore the mysteries of Hogwarts castle, and experience the excitement and thrill of magical rides and spell-bounding attractions. You definitely won't want to miss the Hogwarts Express to this place!

With Harry Potter excitement in full force, I thought it would be fun to recreate a taste of the Wizarding World at home. The most popular beverage at Diagon Alley and Hogsmeade was certainly Butterbeer. Butterbeer was described to be thick and rich with the sweet flavor of butterscotch. I scoured the internet looking for recipes. There are so many, it was hard to decide what one to use. So, I created my own! I think the potions teachers at Hogwarts would be proud. The result was delicious.

Add the condensed milk, butterscotch chips, cinnamon chips, and butter to a saucepan. Melt them together over low heat until all of the chips are melted and the butter is smooth. This creates a thick butterscotch syrup.

Add one bottle of cream soda. 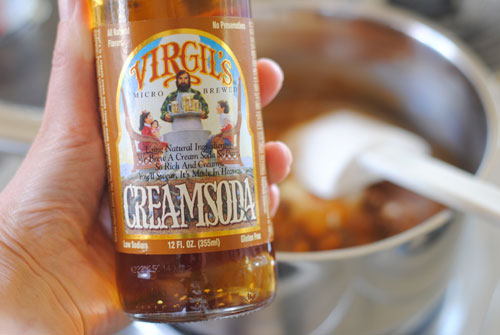 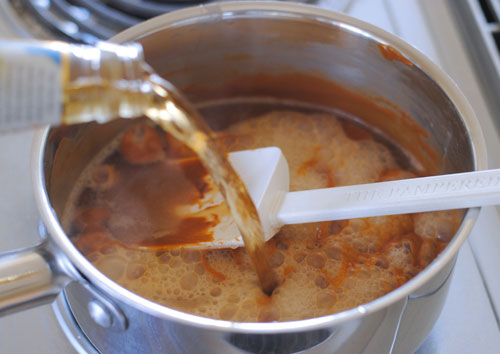 Stir until the cream soda is fully incorporated into the butterscotch syrup. Remove from heat and add the second bottle of cream soda. 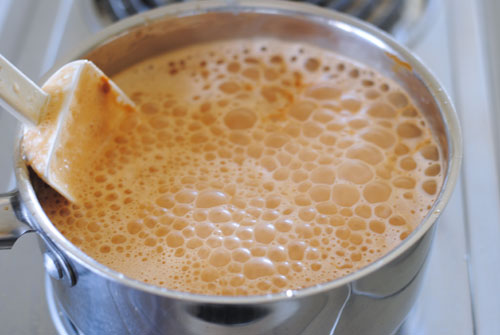 Stir for about ten seconds, just long enough to mix in the soda. You don't want to loose all the carbonation. The butterbeer will be slightly warm.

Add a single scoop of vanilla ice cream into the serving mugs. 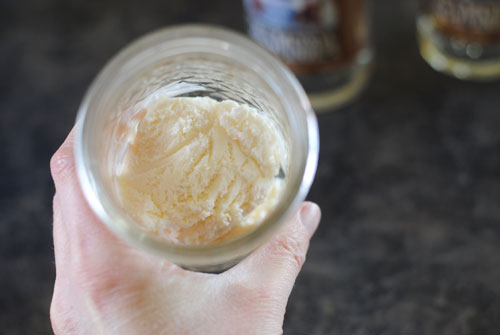 Pour the warm butterbeer onto the ice cream. The ice cream will melt just a little bit to make the butterbeer nice and creamy. It is really delicious! The combination of warm and cold makes the beverage really fun to drink. 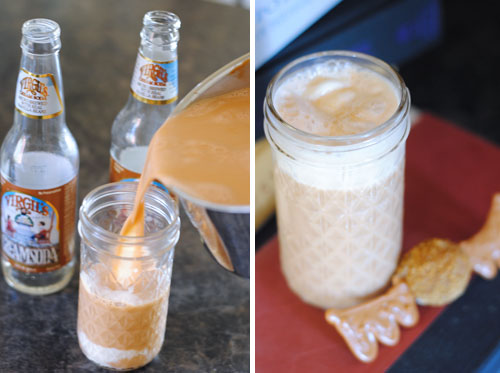 This recipe will make enough to serve at least four people.

If you want to make a fun and tasty snack to go with the butterbeer, then give these Golden Snitch Donuts a try! They only take a few minutes to create and are really tasty! 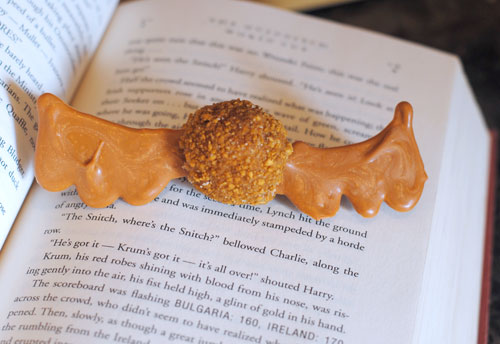 Place a sheet of wax paper onto a cookie sheet. Set is aside.

Combine the chips into a microwave safe dish. Melt them for one minute in the microwave. When you take them out, the chips will not look completely melted. That is okay! Stir them for a few minutes and they will melt down nicely. 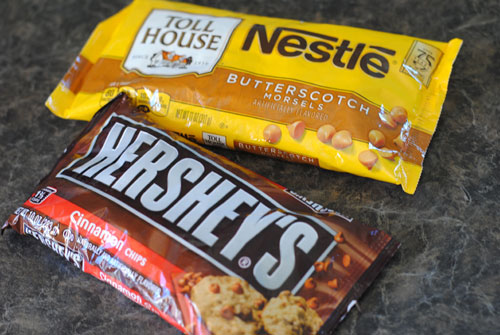 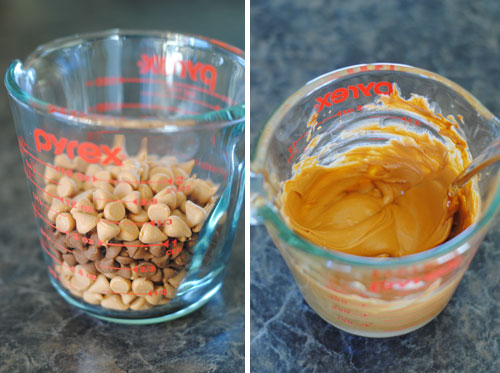 Scoop the melted chips into a pastry bag that has been fitted with a small round tip. 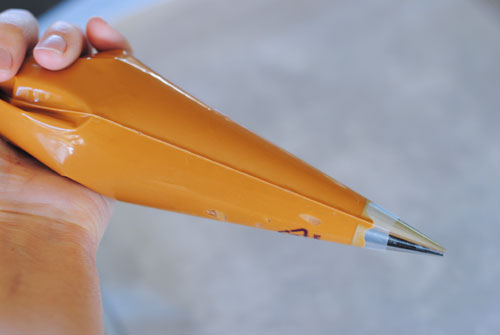 Gently squeeze the butterscotch onto the wax paper making the shape of a wing. Start with a small rectangle (that you will use to insert the wing into the donut) and then make the wing shape with three scooped shapes on the bottom and a single curved line across the top. Smooth the butterscotch with the frosting tip to fill in any holes. 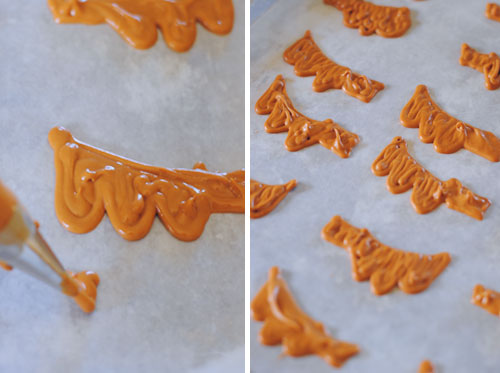 You will have to work fairly quickly to get them all made before the butterscotch begins to set up. 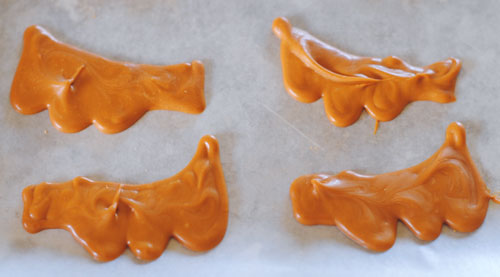 Once the wings have set, slice a small hole into the side of the donut. 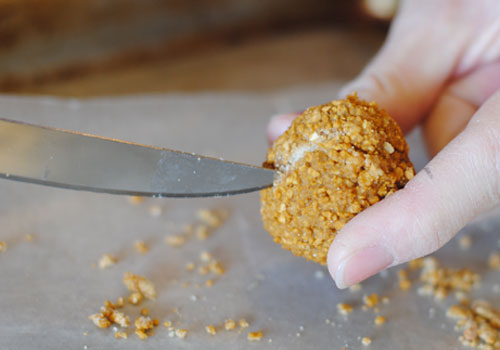 Slide the square end of the wing into the hole. 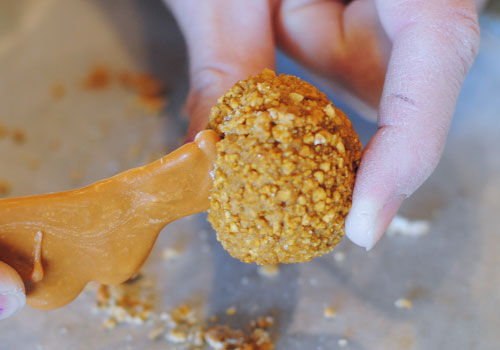 Repeat on the second side. 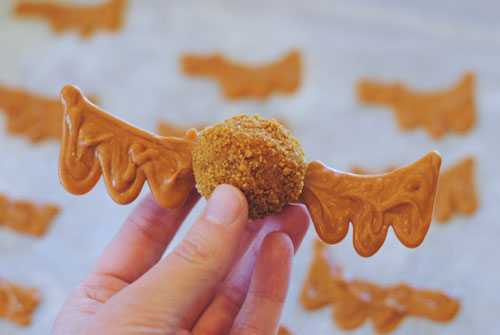 It's as simple as that!

These golden snitches are going to fly off the plate as fast as a hunted snitch in a Quidditch match! I am certain that if the the Weasley brothers knew about these treats, they'd be selling them off like hotcakes! 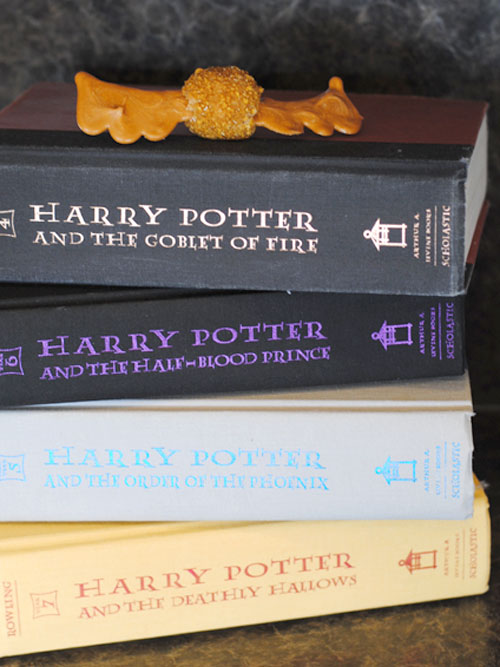 My little boy had a great time dipping his snitch pieces into the foamy butterbeer. 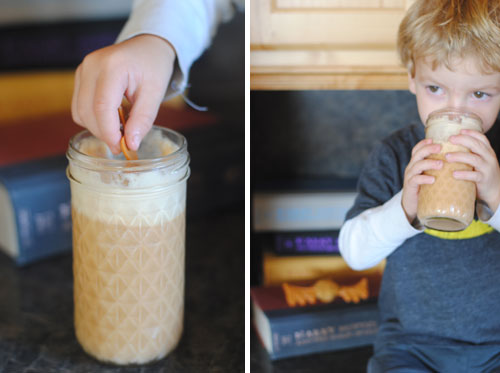 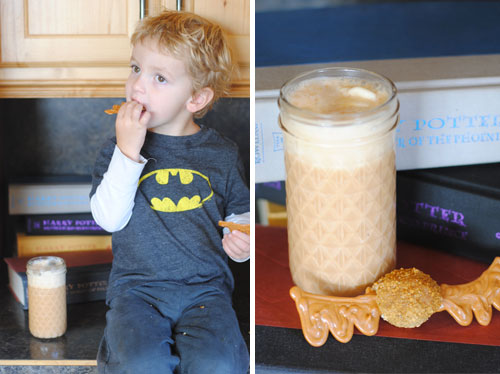 If you happen to find yourself wandering through the lanes of Hogsmeade next Spring at the Wizarding World of Harry Potter in Universal Studios Hollywood, take a few moments to refresh yourself with a tall glass of Butterbeer. It might be as tasty as the batch you brewed up at home. But then again, it might not. Either way, I am sure Harry would approve. 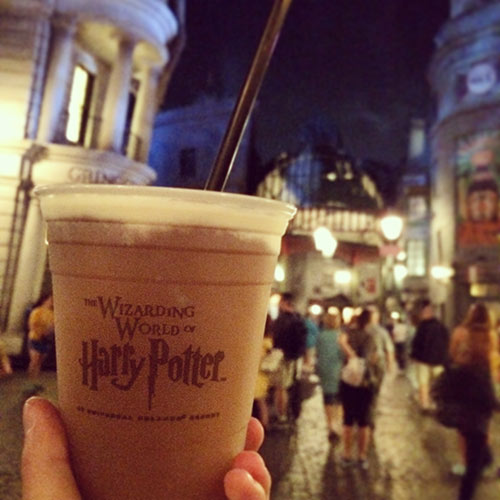 With so much to do and more coming at each theme park, now is the time to experience the thrills of Universal Studios. Book your Universal Orlando Resort or Universal Studios Hollywood package online or call our agents at 855-GET-AWAY.