UPDATED FEBRUARY 2020 Should I get Park Hopper tickets for Disneyland? is one of the more frequently asked questions we get from first time Disneyland visitors. People also want to know which Disneyland Park is the best... We don't think we can choose! However, if you're not familiar with the layout of the Disneyland Resort, or just haven't been in a while, you may be asking similar questions so you know where to spend your time. We'll answer that and more in today's article. 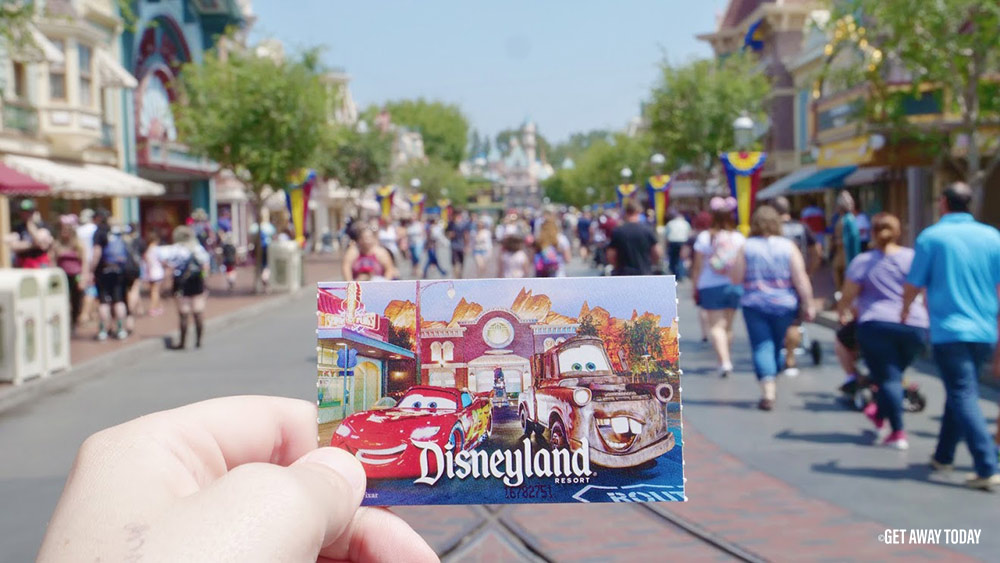 When you're planning your vacation, you may be asking yourself, should I get Park Hopper tickets for Disneyland? The answer of course depends on what your main goal is when purchasing tickets. The only time I ever recommend purchasing 1-Park per Day tickets instead of Park Hopper tickets is if you are on a very limited budget. The only other time I would suggest not using the Park Hopper option is if you're only going for one day. But at the same time, I would never recommend only going for one day, so that makes reason #2 almost obsolete.

Should I get Park Hopper tickets for Disneyland? Yes!

In my opinion, the only benefit of a 1-Park per Day ticket is that you can save a little bit of money. But, at the same time, I feel like the benefits more than justify the cost of upgrading to the Park Hopper option. And a Park Hopper ensures you never have to choose which Disneyland Park is the best because a Park Hopper allows you to visit both the Disneyland Resort and Disney California Adventure in the same day. As of August 2018, the cost to upgrade from a 1-Park per Day Disneyland ticket is $50 per ticket, regardless of your length of stay. That means if you're adding a Park Hopper option to a 1-day ticket, you're paying $50 for one day of park hopping. But, if you're adding the Park Hopper option to a 5-day ticket, you're only paying $10 per day to be able to visit both parks on the same day.

7 Reasons You Should Get Park Hopper tickets for Disneyland

If you're still asking, should I get Park Hopper tickets for Disneyland, we're going to give you seven reasons you should.

1. The Parks are close. Unlike Walt Disney World, the parks at the Disneyland Resort are so close that you can see the entrance of one park from the other. You can walk from one entrance to the next in a matter of a few steps. Because of the close proximity, Park Hopping does not take a ton of time out of your day, but can make a big difference in your day. 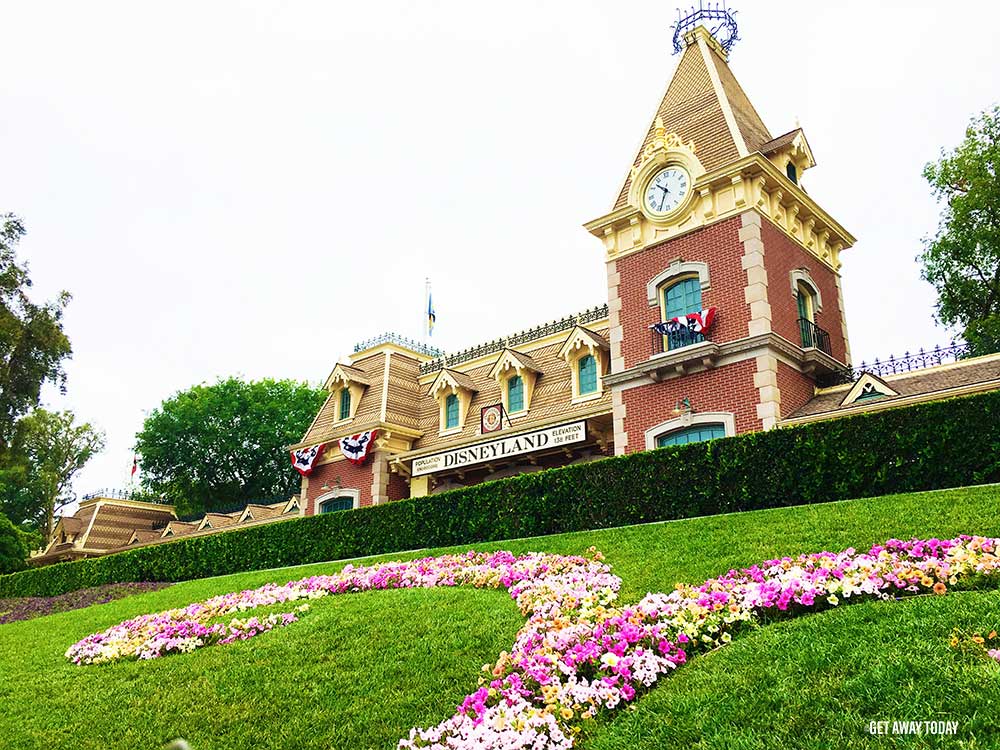 For example, if you have a 1-Park per Day ticket and were planning on watching Fantastmic! on a Friday night and it's canceled, that means if you want to try to see it the next night instead, you must spend your next day in Disneyland Park. If you were planning on two days in a row at Disneyland, that may not interrupt your flow. But, if you were planning on spending your next day in Disney California Adventure Park, that means you won't have the chance to try to see Fantasmic!. The same is true for any of the fireworks shows, the Paint the Night Parade and even World of Color once it resumes nightly shows. 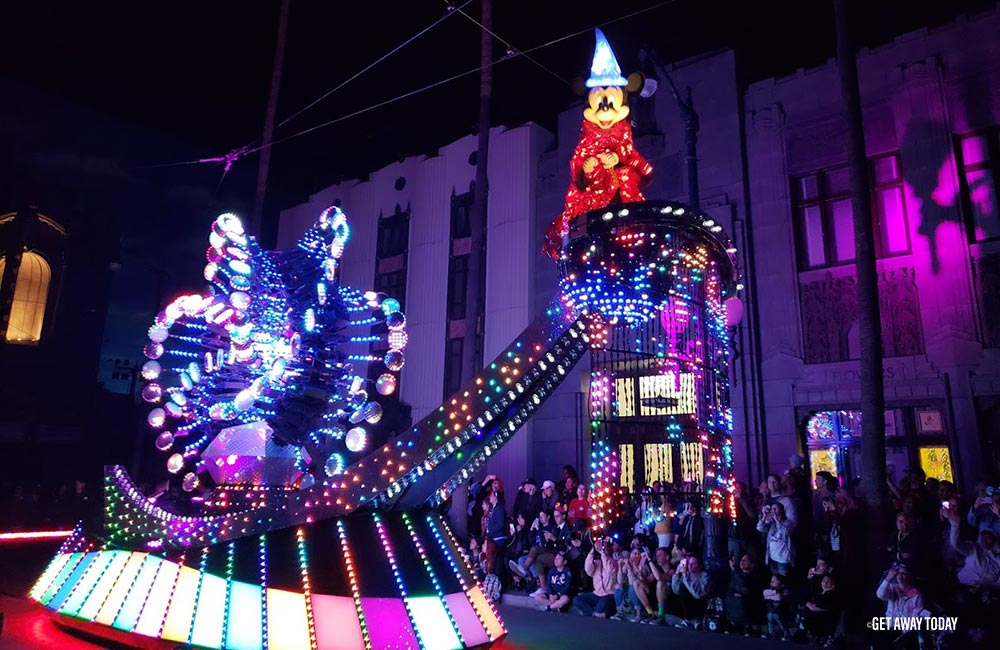 4. Kids can be finicky. And really, can't we all? If your kids are anything like mine, they're sure to have a favorite attraction or two. And, they may want to ride that attraction each day of your vacation. That's likely not going to be possible without a Park Hopper ticket. For example, my kids are obsessed with Cars Land. They don't even have to ride the attractions, they just like to be there. For us, it's worth visiting Cars Land each day of our time at the Disneyland Resort. Whether it's using a FastPass for Radiator Springs Racers, grabbing lunch at Flo's V8 Cafe, or just walking down the street and waving to Lightning McQueen, we spend at least a few minutes a day in Cars Land. 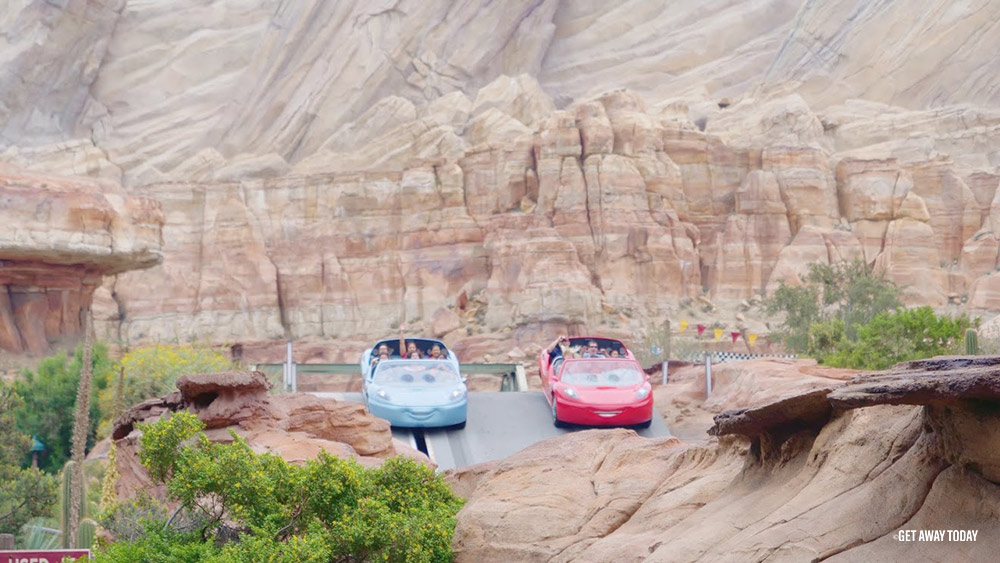 The same could be said for seeing Sleeping Beauty Castle. Or, grabbing a raspberry Mickey macaron that can only be found at the Jolly Holiday Bakery on Main Street U.S.A.. Maybe it's even that your kids like taking a relaxing midday break at the Redwood Creek Challenge Trail in Disney California Adventure Park. Whatever it is that is your favorite thing at the entire Disneyland Resort, having a Park Hopper makes it possible to do that thing every day of your stay. 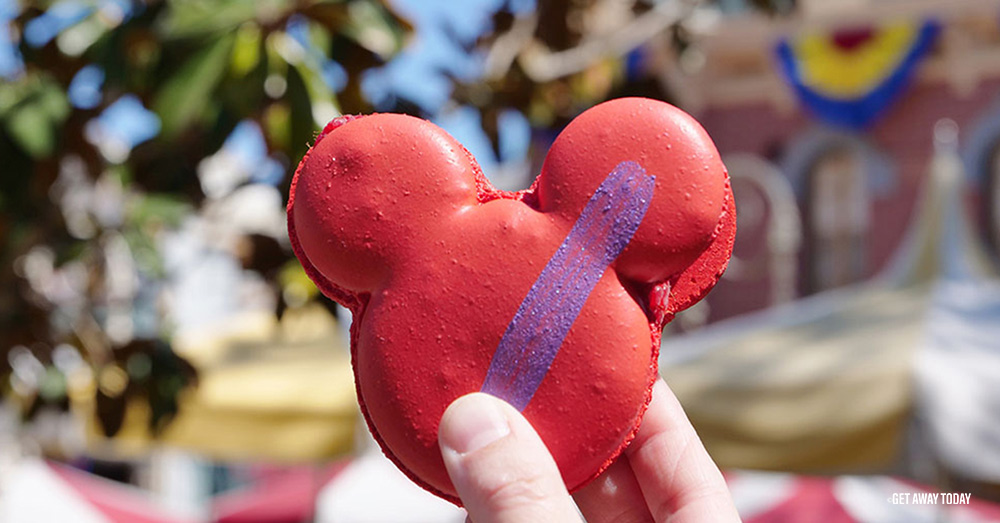 5. Either Park can get crowded. It's true that there just aren't many "down" times at the Disneyland Resort, and that's OK. With proper planning and a little flexibility, you can make any time you visit the Disneyland Resort enjoyable. Part of that planning and flexibility means having a Park Hopper ticket. For example, if Disneyland starts to get too busy for your liking in the late afternoon, chances are Disney California Adventure Park may not be as busy. You can just check the Disneyland app for ride wait times to verify and then easily hop over. Having flexible options makes busy days seem less busy. 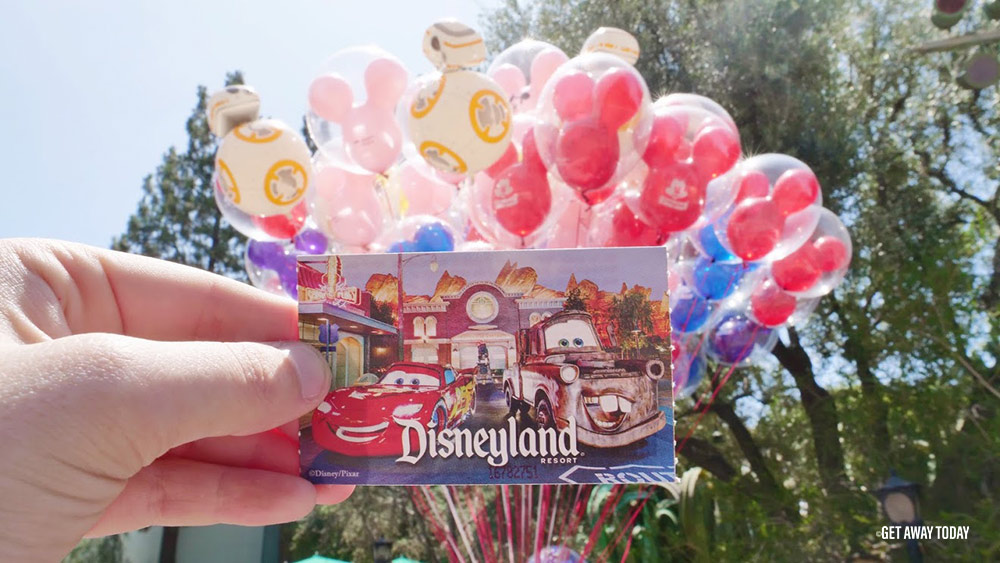 So, why do you need a Park Hopper if you can get a Magic Morning without it? For one, if you want to use your Magic Morning without a Park Hopper, that means you must spend your entire day in Disneyland. Another thing to consider is that occasionally the days that Magic Mornings are subject to change. Additionally, it's important to be aware that on the days that Magic Morning is not offered, guests staying at the Hotels of the Disneyland Resort can get into Disney California Adventure Park an hour early. It's the only way to get into California Adventure early, but it's nice to know that if you're trying to plan your day with a 1-Park per Day ticket. If you have a Park Hopper, you have flexibility no matter which park is offering an early entry.

7. MaxPass and Mobile Ordering work for both Parks. If you're upgrading your tickets to the MaxPass service, you can use it for both parks if you have a Park Hopper ticket. You can also order food for pick-up in one park from another park. That means that you could be eating a bread bowl on the Pacific Wharf in Disney California Adventure that you ordered that morning from Disneyland while making a FastPass reservation for Space Mountain. Or, you could be getting ready to ride Space Mountain and make a reservation for the Incredicoaster in Disney California Adventure Park. Combining a Park Hopper with the MaxPass (which is $20 per person, per day) is the most flexible way to experience both parks at the Disneyland Resort. You can read more about these awesome services here: Mobile Ordering at Disneyland and Everything to Know About the Disneyland MaxPass. 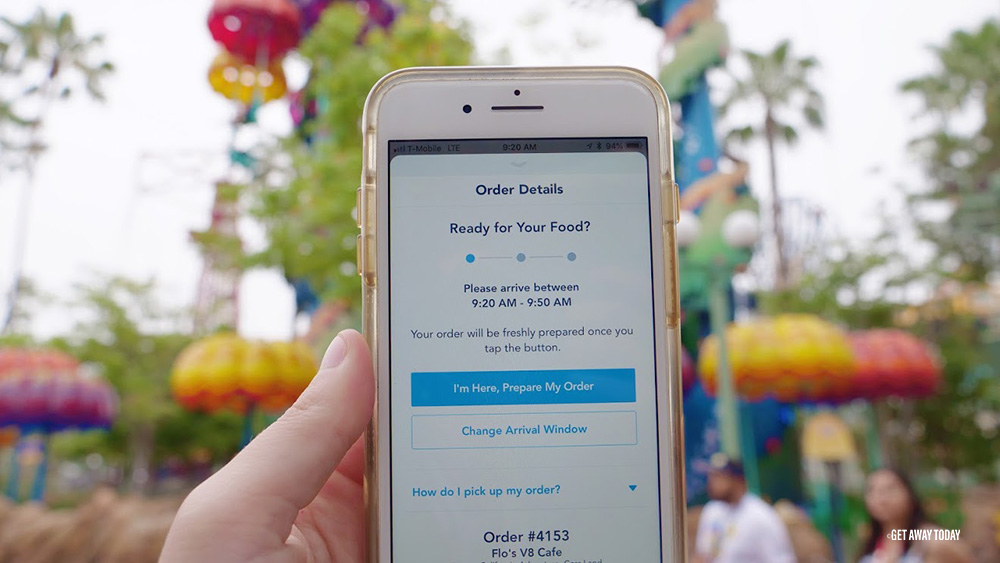 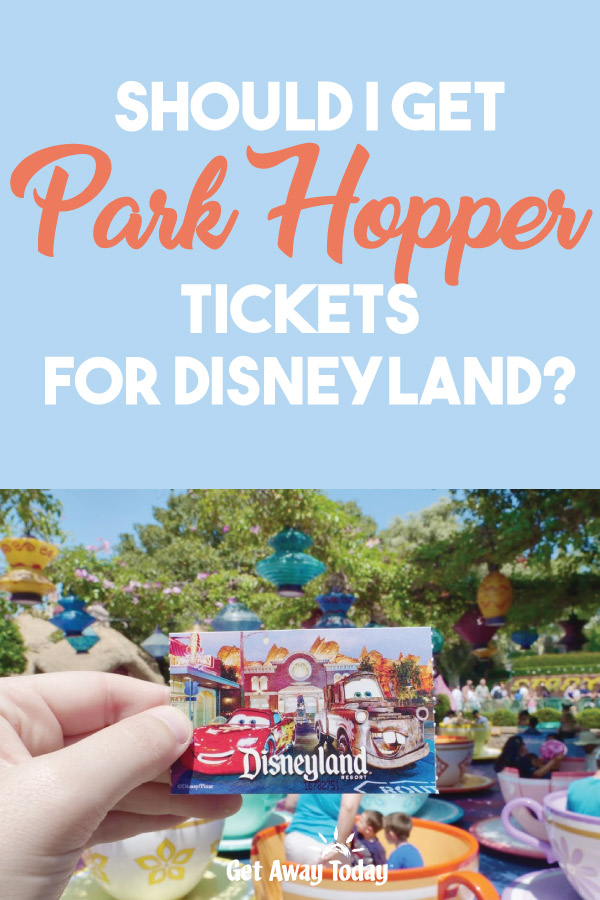 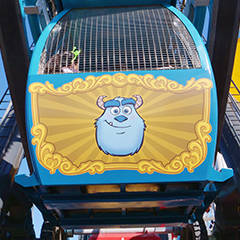 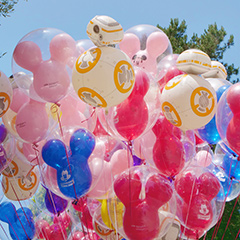 How Much are Disneyland Tickets? 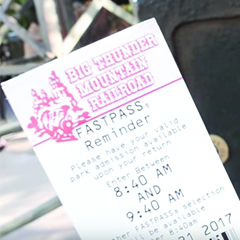 5 Free Ways to Save Time at Disneyland