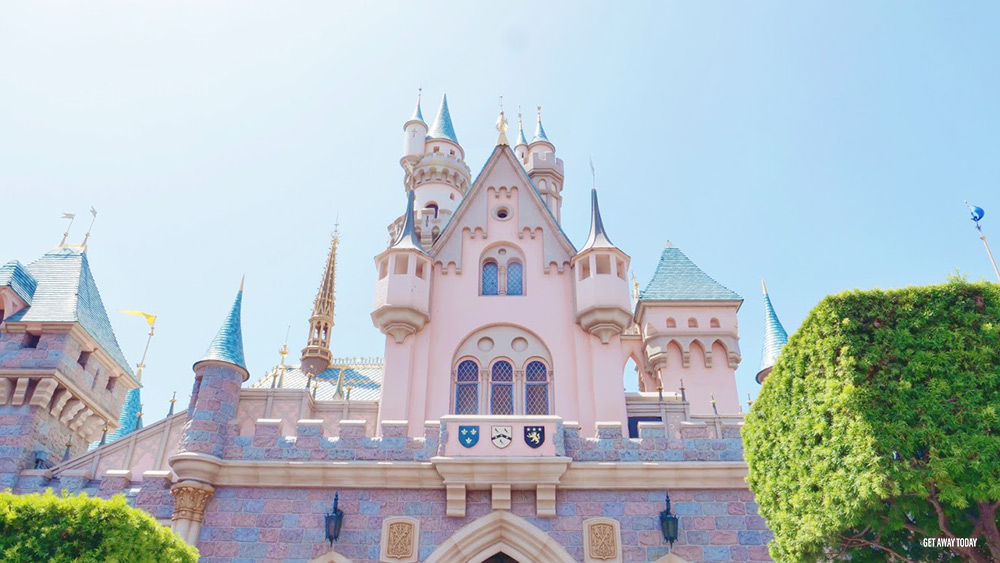 Many of the most frequently asked questions we get about Disneyland are based on when the best time to go to Disneyland is. When is it the least crowded? Will it be busy on such and such weekend? When is spring break? When is fall break? To answer these questions many people turn to a Disney crowd calendar. But are they accurate? It's a great question!

For an overview of crowd expectations in Disneyland this year, check out our Disney crowd calendar below. Be sure to Pin it to save for later use when making your travel plans! 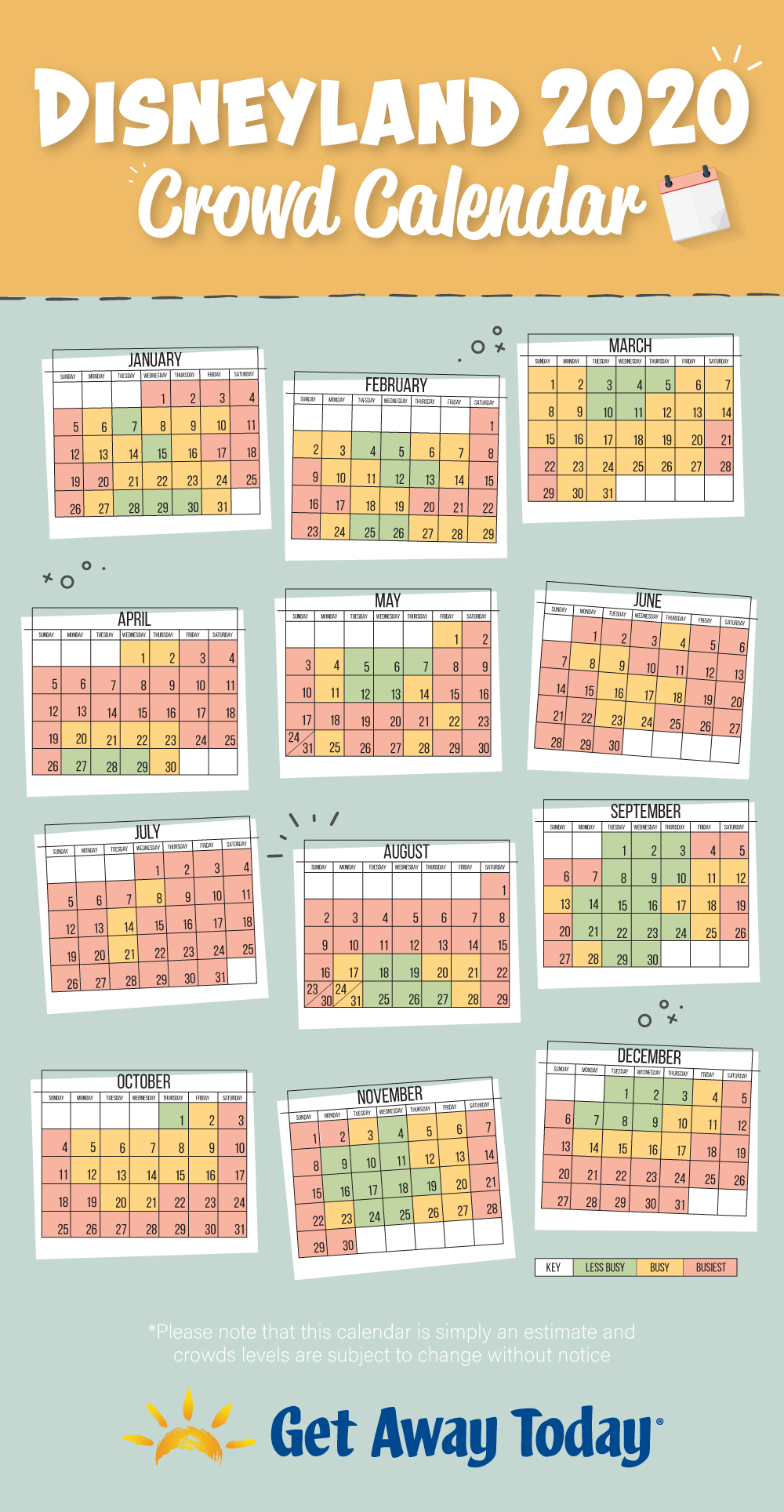 In our Disneyland crowd calendar pictured above, we've taken the following into consideration when estimating how busy it will be at Disneyland:

School breaks are one of the more obvious factors that are considered when making crowd calendars. But, it's important to remember that there are so many variables when it comes to school breaks. School districts within the same states don't even have the same spring and fall breaks. Consider that more school districts are going to rotating year-round schedules, home school popularity is increasing and many charter schools may or may not follow a traditional school break schedule as well. Remember, just because your kids are having their school break doesn't mean that everyone else is. The reverse is also true. Just because your kids are in school doesn't mean that everyone else is in session.

Over the last few years, the Disneyland Resort has added a number of seasonal events so that there's almost never a "down" time in the parks. In the past, many of these celebrations and events were announced shortly before they began, which made it impossible to add into current crowd calendars. In 2020 alone, the Disneyland Resort has had and/or will have the following special and seasonal events: 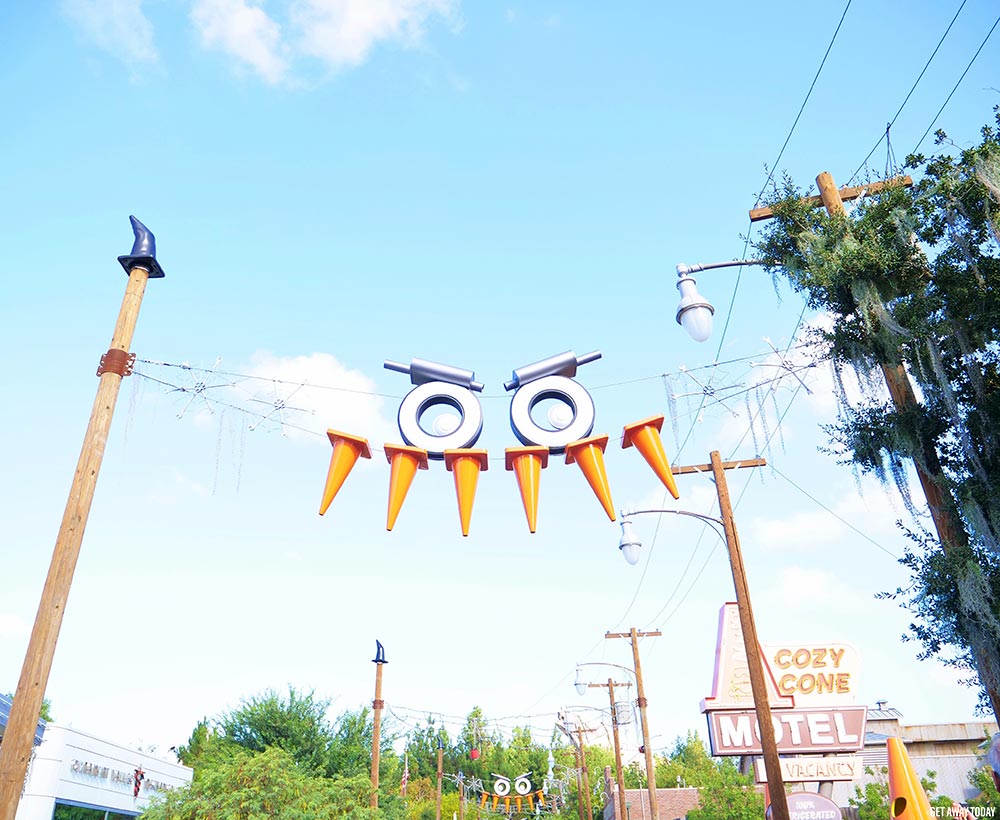 When you look at this list, you can easily see that there is so much going on at the Resort. More offerings bring more people. Because the seasonal offerings have been expanded, it makes current and/or future crowds difficult to predict.

In 2019, we had a heads up that Jessie's Critter Carousel would be opening at Pixar Pier in April. So one would assume crowds would be a little bigger for that and spring break combined. But, Disneyland ended up having a soft opening for the Carousel at the end of March. If an annual passholder happened to be in the park on that day, they may have changed their April plans because they got to check out Jessie's Critter Carousel earlier than they anticipated. As a result, the April crowd calendar could automatically be skewed. Additionally, with something as unprecedented as Star Wars: Galaxy's Edge that opened in Disneyland May 31, 2019, we expected completely unpredictable crowd patterns. As the single largest expansion to Disneyland ever, Galaxy's Edge crowds certainly surprised us. When we visited the new Star Wars Land for ourselves on opening weekend, we noted unprecedently LOW crowds compared to what we expected. While we're not exactly sure why crowds were so unpredictable in 2019, we feel that many guests were waiting to visit until Rise of the Resistance, the E-ticket attraction for Star Wars: Galaxy's Edge, opened on January 17, 2020. However, with Rise of the Resistance now operating, we think that crowds will start to slightly increase.

Another factor that is used to make Disney crowd calendars is the blockout dates for different types of Annual Passholders. This is unpredictable as well. For example, this year alone Disney discontinued one type of Annual Pass, introduced park-specific blockout dates for the first time ever AND opened up a bunch of dates that had been previously blocked out. So, just because a date or day of the week was blocked out last year, does not mean it will be the same this year or next year. Or even next month for that matter! 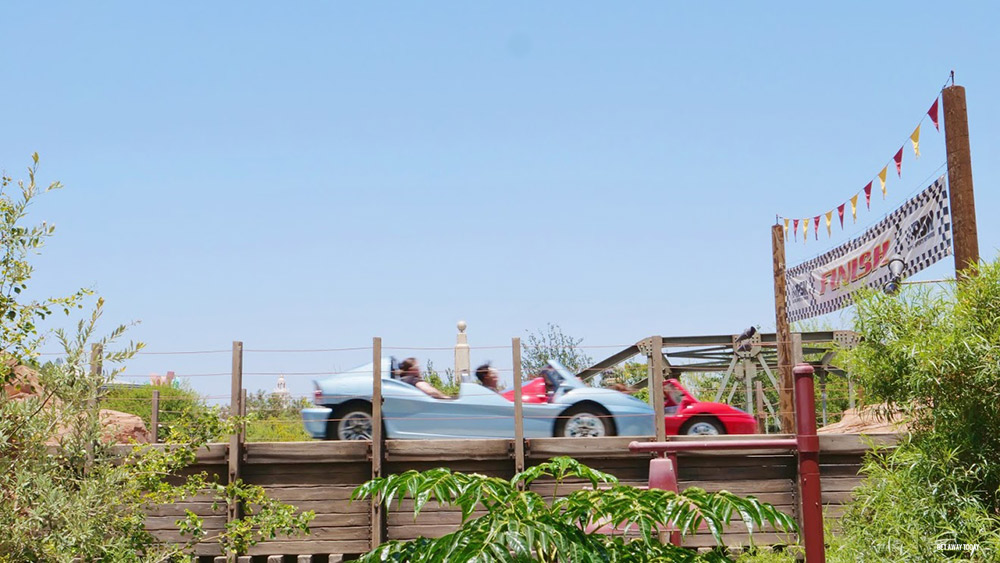 Conventions are another impacting factor for crowds at Disneyland. Each year there are a few major conventions at the Anaheim Convention Center that greatly affect crowds at the Disneyland Resort. For example, January used to typically be a slower time of year for Disneyland, but guests were always surprised when they tried to visit in late January if their dates fell over the NAMM (National Association of Music Merchants) Convention. That convention alone brings approximately 100,000 attendees. Imagine how many of them are also going to Disneyland! Also, many cheer and sports competitions happen in the spring in Anaheim. These events are typically included intcrowd calendars, but if families choose to turn these competition trips into family vacations, they can also skew the numbers.

While it's no surprise that the opening of a new ride or land at Disneyland will increase crowd levels at Disneyland, sometimes the dates can be a surprise. For many years it was uncommon for a new land or attraction to be opened regularly. However, over the last few years, there seems to have been at least one new ride, major show or even a land open annually. But that doesn't always make things predictable when forecasting crowds. For example, in 2017, Guardians of the Galaxy - Mission: BREAKOUT! opened for Memorial Day weekend. However, in 2019, Star Wars: Galaxy's Edge opened on May 31, 2019, surprising everyone who thought it wouldn't debut until late summer or fall. 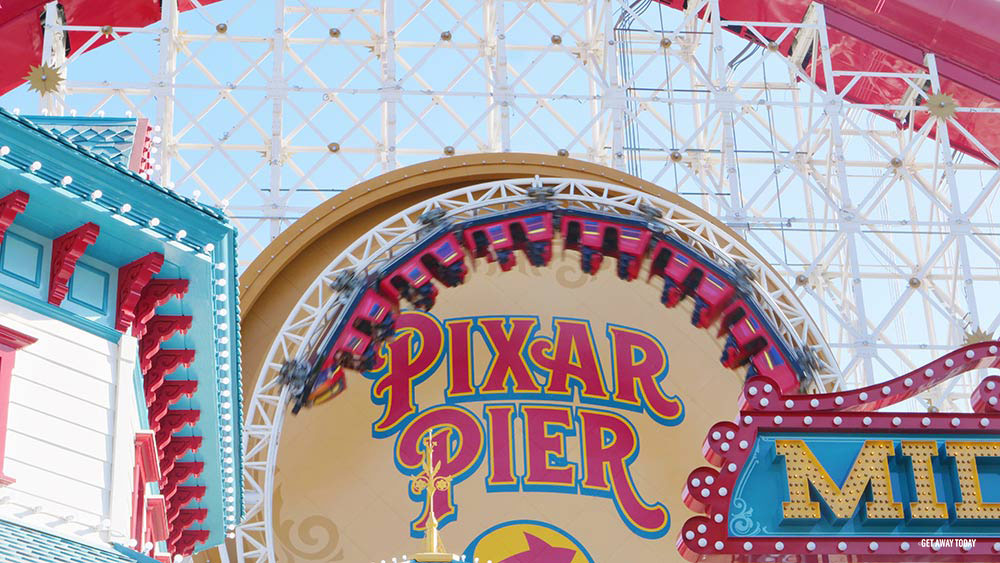 Should I use a Disney crowd calendar?

As long as you remember that crowd predictions are not a hard science and guaranteed to be accurate, you can use them to your advantage. For example, if you are looking at one week over another week in a month, you can get an idea of which week or month may potentially be less busy than another by using a crowd calendar. One thing to keep in mind when checking crowd calendars is to recheck those same calendars. As events get announced, crowd calendars get updated to try to keep up.

One way to check how accurate a Disneyland crowd calendar is by checking hotel rates for your desired travel dates. When hotels near Disneyland have higher rates, it is usually because they expect more guests for those dates. So, the higher a hotel room rate, the more crowded Disneyland and Disney California Adventure Park may be.

Also, if there is bad weather that suddenly pops up on your Disneyland vacation, a crowd calendar may not have time to make adjustments. Therefore, the change in expected crowds is not noted when in reality many locals will forego their planned visit and avoid Disneyland in the rain. That can be a big benefit for someone visiting Disneyland from out of town, because that person will not be canceling their vacation simply because of rain.

Whether or not you use a Disneyland crowd calendar, we always recommend having as many days in the Disneyland Resort as possible. With our Extra Day Free tickets, you can get 5-day Park Hopper or 5-day 1-Park per Day Tickets for the price of just four days! That means you will have five whole days to visit the parks, giving you more flexibility in the event the weather or the crowds influence your original plans.

Which Disney Crowd Calendars are best?

While there is no official Disneyland crowd calendar provided by Disney itself, there are quite a few options when it comes to crowd calendars. There is no one calendar that stands supreme, but we have picked two of our favorites and broken down what we like about them.

The Mickey Visit monthly Disney crowd calendar is helpful because it not only gives a crowd estimate, but a weather forecast as well. That can be helpful not only for understanding what crowds to expect, but what to pack in your bag for the Resorts. That at-a-glance calendar can help you narrow down which month you want to plan your vacation. Mickey Visit also breaks down what events are occurring throughout each month so you can choose what you would most like to see on your Disney vacation.

One crowd calendar that we like to use is found on Disneyland Daily's site. Disneyland Daily has a year-at-a-glance crowd calendar that has dates color-coded into red, yellow and green. In addition to colors, there are a few days that are called out with abbreviations including holidays, Disney Grad Nites and special events. It's a great quick reference and we love its simplicity.

Overall, even with inconsistencies, we still think using a Disney crowd calendar can be a useful planning tool. With that said, we also think it's wise to prepare for any crowd level. No matter the time of year you travel, a trip to Disneyland can be absolutely magical with the right attitude and proper planning. 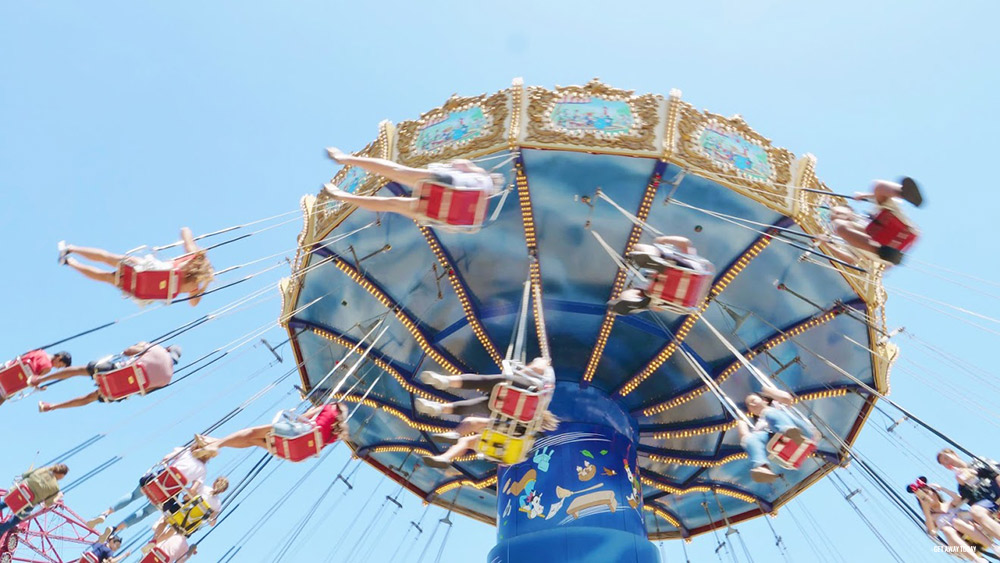 If you do find yourself at Disneyland on a day that is more crowded than you expected, here are some tips for making the most of it:

FastPass - The Disneyland FastPass is a free service that allows you to schedule a ride time for select attractions. This means you take your valid Disneyland admission ticket to a kiosk located at the attraction. Scan your Disneyland ticket and redeem a ride time that is based on current wait times. You can then avoid standing in line, and instead, return to the ride at the time indicated on your FastPass. You will then scan your Disneyland ticket again to ensure you have arrived at the designated time, and you can practically skip the line and hop on the attraction. Here is a list of Disneyland rides available for FastPass:

Here is a list of Disney California Adventure Park rides available for FastPass:

MaxPass - The Disneyland MaxPass is an additional cost service that allows you to digitally request a FastPass. For $20 per person per day, you can use the MaxPass service via the Disneyland App. Instead of going to a ride in person to request a FastPass, you can use MaxPass to do so from anywhere in the Resort. This is extremely helpful on crowded days because you are not only reserving a ride time, but you are saving time but not having to walk across the park to request a FastPass in person. MaxPass also includes unlimited PhotoPass downloads for the day of purchase, which is another bonus.

Be sure to read our articles about our time-saving tips and how to make the most of your Disneyland vacation, even when it's busy: 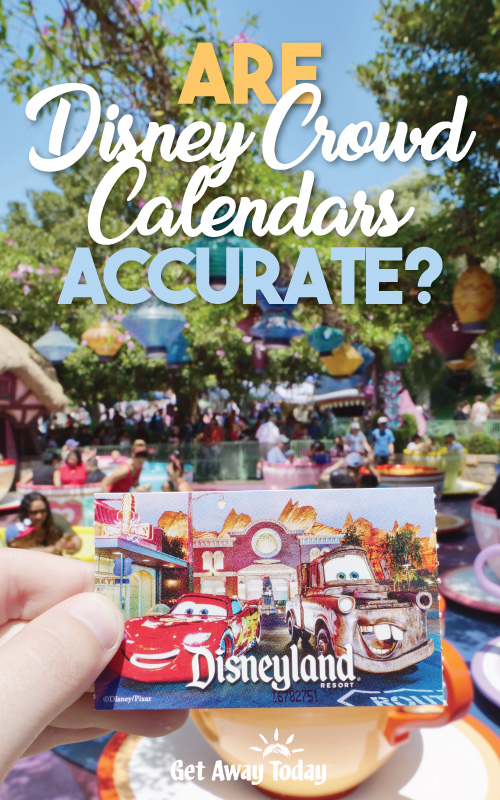