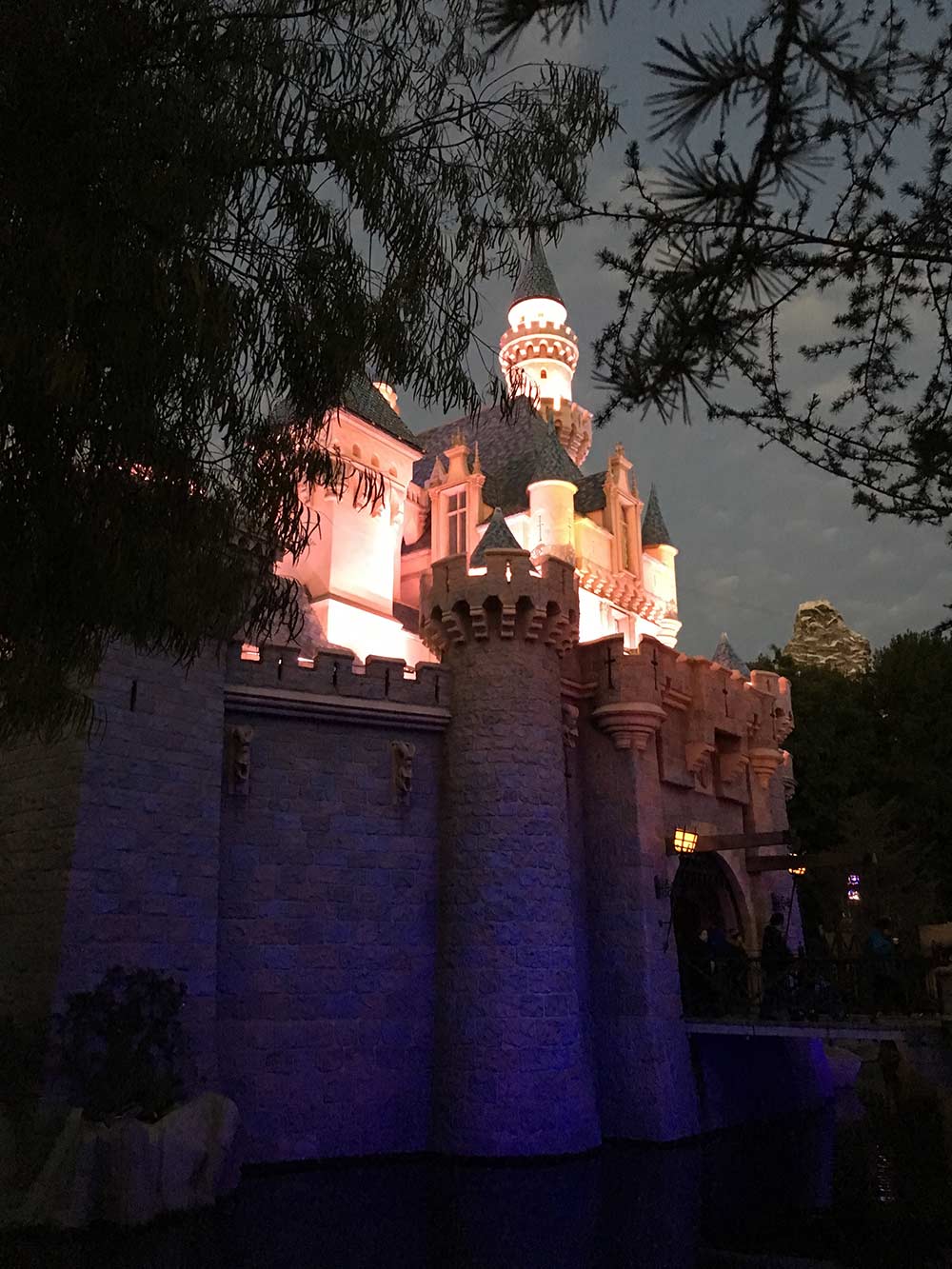 Walt Disney was prophetic on July 17, 1955 when he gave Disneyland's opening speech.  He said that Disneyland is a place where "age can relive fond memories of the past and youth can savor the challenge and promise of the future." His words rang true then and now.

Walt may have meant it in a different way at the time, but so many families have created cherished memories at Disneyland. Which is why it's so fun to watch movies that include by-gone attractions or the things that inspired parts of the park. Join us for a fun list of Disneyland movies that will make your next visit to the park even more inspiring!

13 More Disneyland Movies to Watch Before Your Trip

Some of these Disneyland movies are oldies, but rest assured they're still goodies!

Walt Disney’s Silly Symphonies (1929 – 1939). Walt Disney and the Disney studios created 75 short films called Silly Symphonies. Many references within Silly Symphony shorts can be found throughout Disneyland and Disney California Adventure Park. Lullaby Lands, Storybook Land's quilt work and the Three Little Pigs are just a few. Look for many other examples throughout the parks, and the amazing techniques that were created to allow Disney’s animated feature films to happen. These shorts are a must for your Disneyland movies list!

Oswald the Lucky Rabbit shorts (1927). Believe it or not, Mickey Mouse was Walt Disney’s third official cartoon character. Julius the Cat was the fist (look for a door on Buena Vista Street in California Adventure) and Oswald the Lucky Rabbit was Walt Disney’s second cartoon character. Oswald become the property of NBC Universal after a disagreement with the studio and Walt Disney. Walt lost the rights to Oswald and soon thereafter created Mickey Mouse. ESPN, owned by both Disney and Universal, negotiated a trade for sportscaster Al Michales and Disney was able to acquire Oswald back. Look close for several references to Oswald on Buena Vista Street. From time to time, Oswald will appear to shake hands and give hugs to park guests. 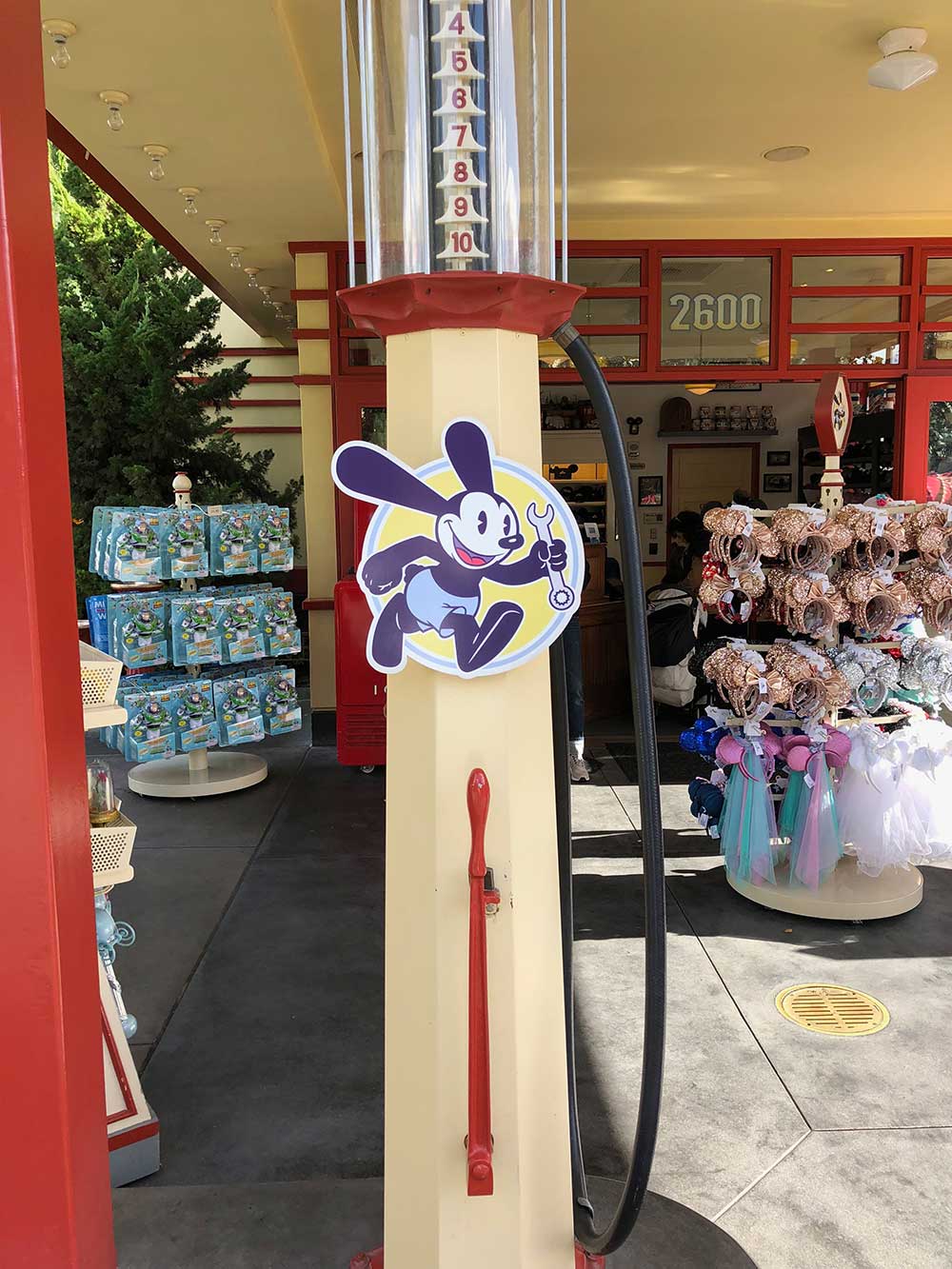 True Life Adventures (1948-1960). Disney was an early adopter of wildlife movies. The series called True Life Adventures featured many movies about life in the wild. Eight of the movies won Academy Awards and scenes from the films were incorporated into Disneyland. The film series is the namesake of Adventureland. Today, Disney continues to produce nature films, releasing a new production each year on Earth Day. Now, running under the tile of Disney Nature, audiences can get a glimpse into the wildlife that pays homage to the groundbreaking work of the True Life Adventure films. We love these Disneyland movies because they're not only enjoyable, but educational as well! 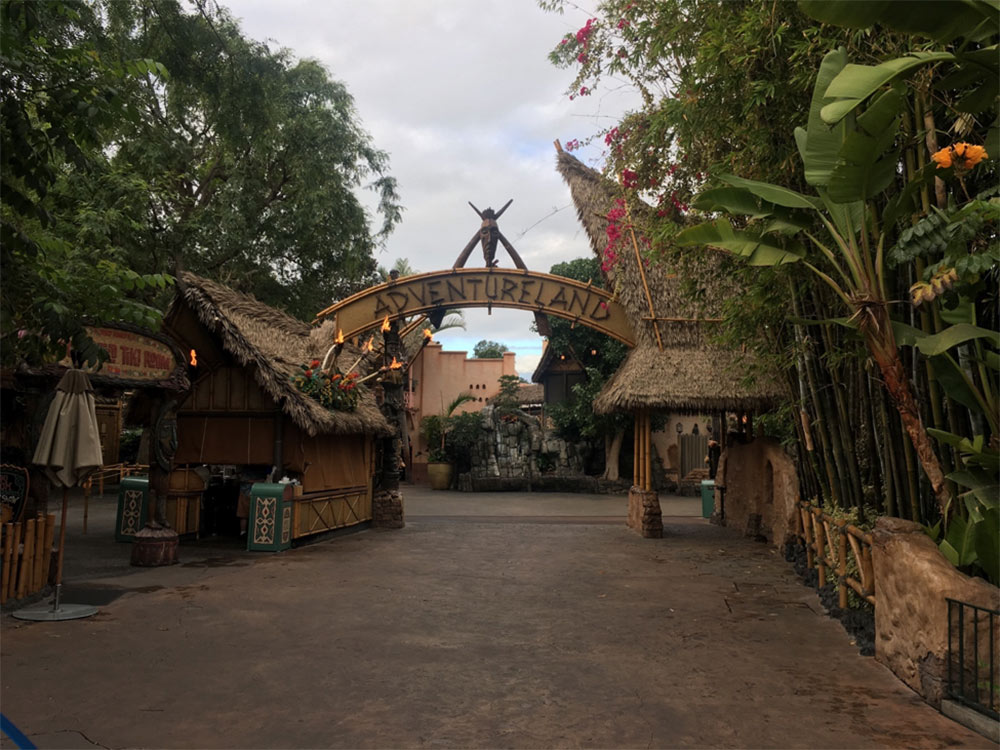 20,000 Leagues Under the Sea (1954). An early success in Disney live-action movies, the film brought the classic Jules Verne book to life. The film was the basis for the Submarine Voyage attraction at Disneyland. True Disney fans also recognize the namesake of both the Captain in the movie and the star of Finding Nemo. Did you know that Captain Nemo's musical organ is in another Disneyland attraction? That's right, you'll find the 1954 prop, along with a few ghosts, in the ballroom scene of the Haunted Mansion. 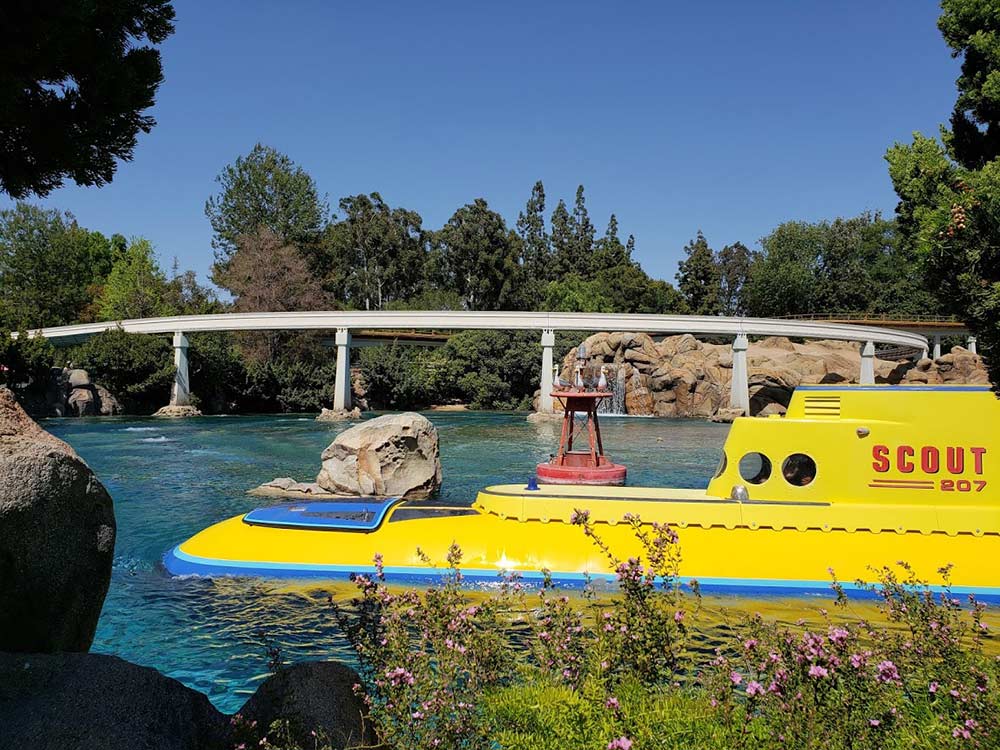 Davy Crockett and the River Pirates (1956). The Ballad of Davy Crockett was one of the most popular songs in 1955 and the 1956 movie only created more excitement. Nearly every American child wanted a coonskin cap and an entire attraction at Disneyland was created. The attraction was called the Mike Fink River Boats. You can still see an original river boat from the attraction on the Rivers of America. If you love the Rivers of America area, you will deifnitely want to include this on your Disneyland movies list. 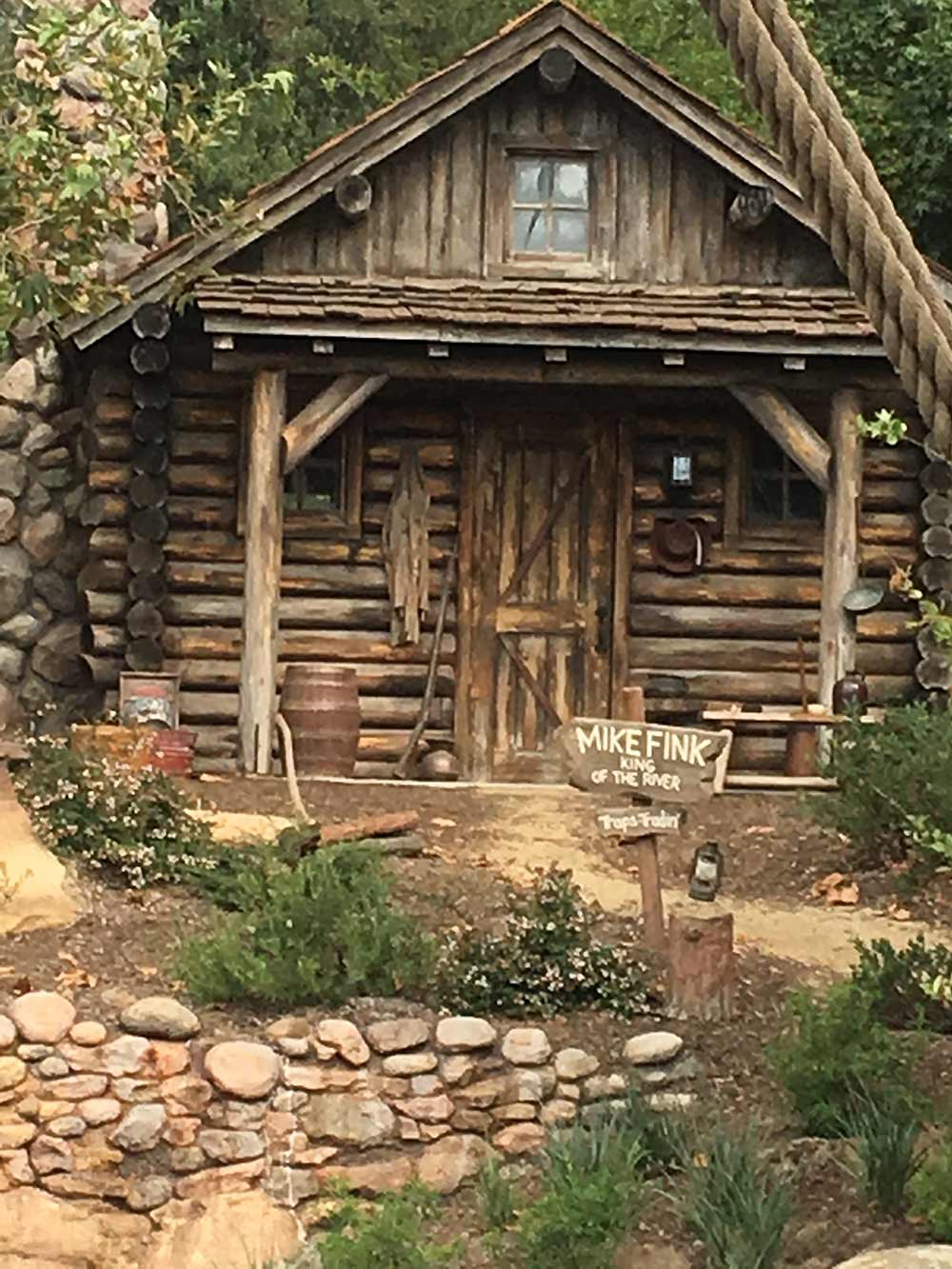 40 Pounds of Trouble (1962). This film, partly filmed in Disneyland Park in 1962, is about a Nevada casino manager who's wanted in the state of California. The “40 pounds” is a little girl who gets stuck in his casino after losing her parents. All she wants to do is to go to Disneyland. The movie captures attractions that have long since been removed, like Mine Train Through Nature’s Wonderland, Main Street U.S.A. with original stores and Sleeping Beauty's Castle when it was grey. 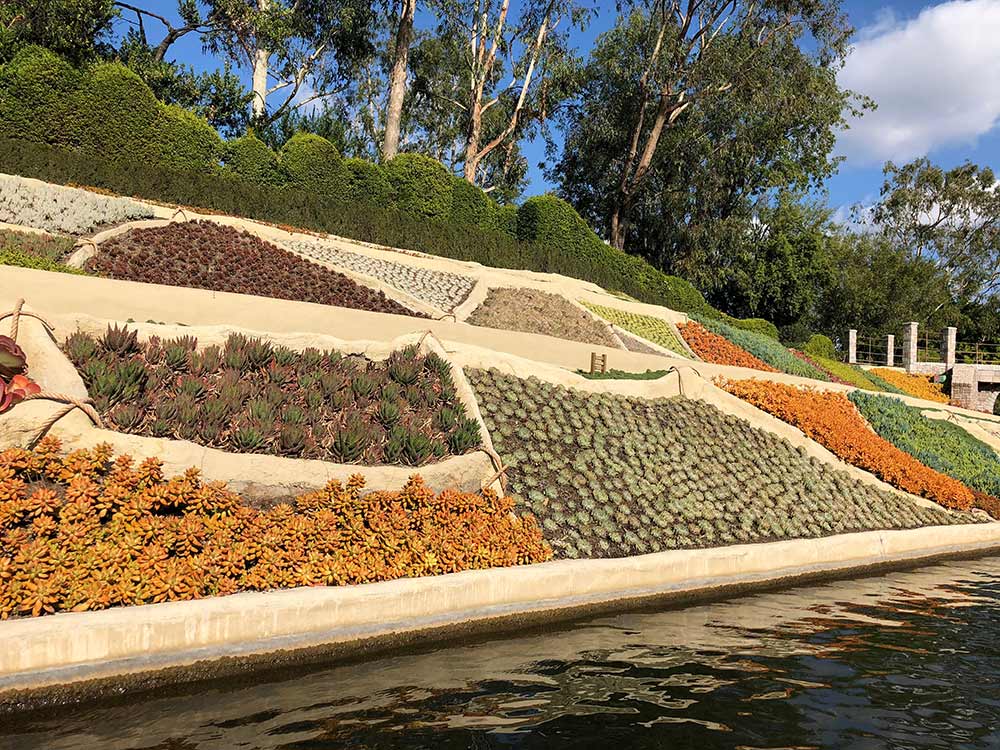 Pixar Short: Luxo Jr. (1986). One of the first computer animated films in history, Luxo Jr. features a desk lamp. The lamp has become the logo of Pixar films. Luxo Jr. can now be seen on top of the sign at Pixar Pier. When the lights come on in the twilight hours, Luxo lights up the night and shines down on guests as they approach Pixar Pier. If you want to include this short on your Disneyland movies list, you can find it on the Toy Story 2 DVD or Pixar Short Films Collection - Volume 1 DVD. 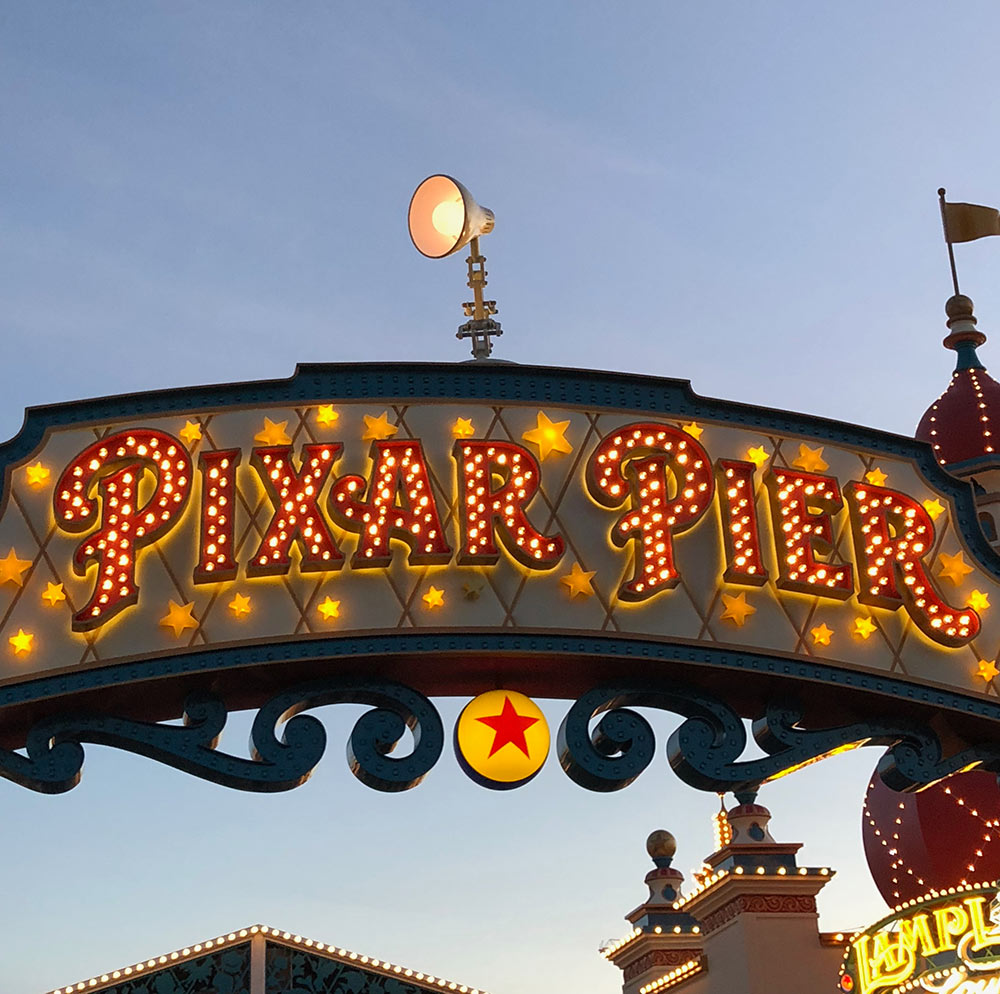 Pixar Short: Knick Knack (1989). This short featured a snowman named Knick who wanted to enjoy other climates, and quickly became a fan favorite. Look closely at the snow globes in the Curio Shop in Cars Land for Knick. In addition, the new Pixar Pier features a gift shop called Knick's Knacks. While Knick Knack was first shown in 1989 and then included on some versions of Toy Story DVDs, its first time in theaters was in 2003 when shown before Finding Nemo. It can still be found on that DVD, as well as the Pixar Shorts Film Collection - Volume 1 DVD. 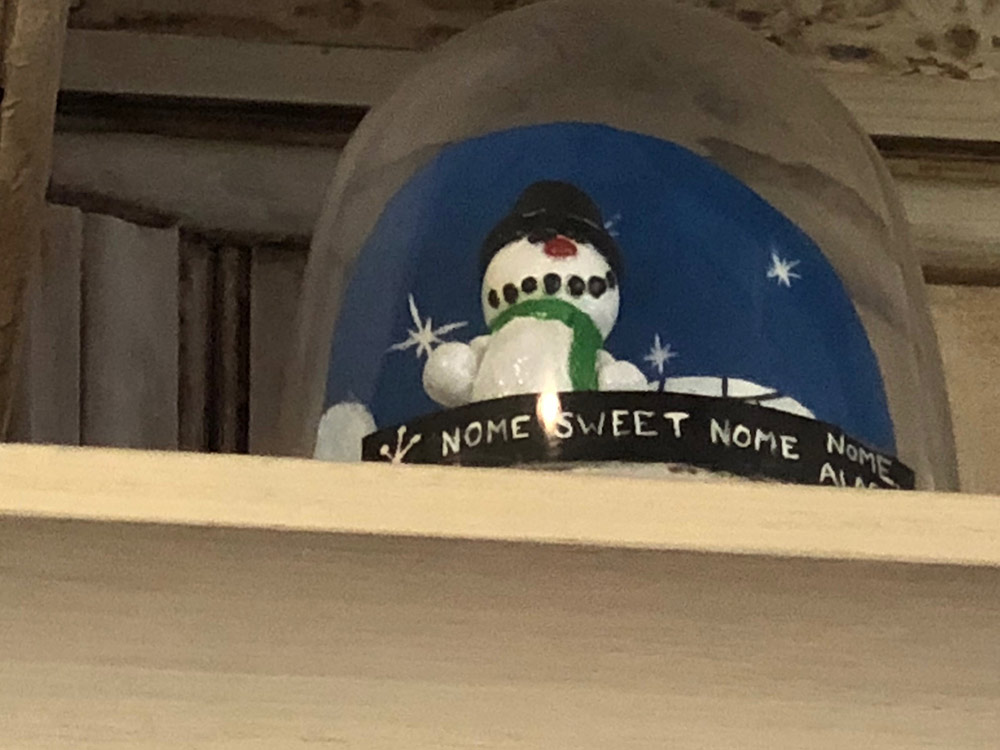 Brother Bear (2003). Brother Bear inspired the current themeing of the Redwood Creek Challenge in Disney California Adventure. You'll find plenty of references to the film throughout the attraction, especially on the totem poles. This is one of those underrated Disneyland movies, too. Your family will love the heartwarming tale and message behind Brother Bear! 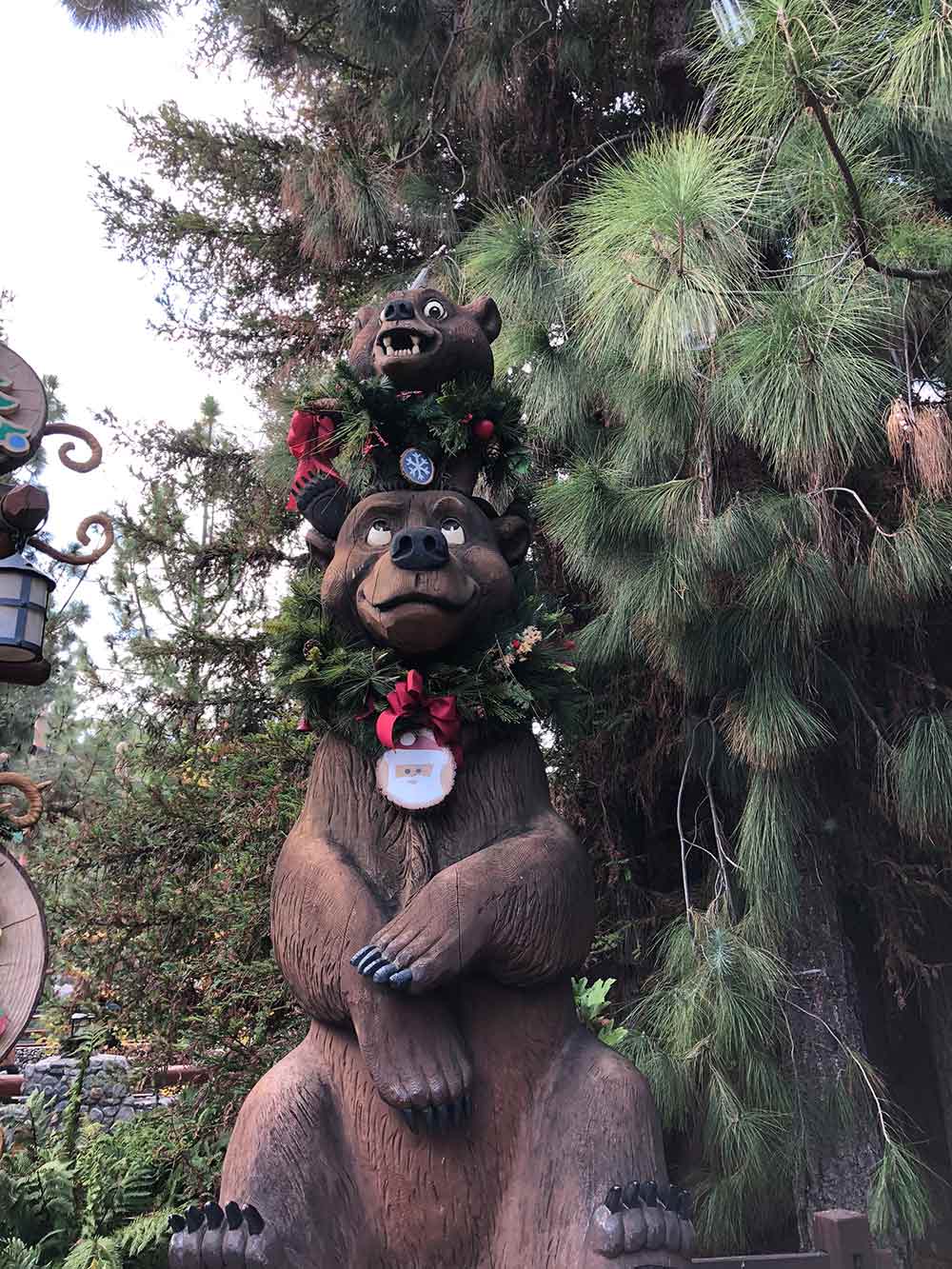 Disneyland: The First 50 Magical Years with Steve Martin (2005). As part of the 50th Anniversary Celebration, Steve Martin and Donald Duck hosted a documentary about the early beginning of the park and the details that created the Happiest Place on Earth.The film plays constantly in the lobby of the Opera House on Main Street, U.S.A. and can be found online. It contains amazing examples of early Disneyland and some of the classic attractions that still delight audiences today.

Vintage Disneyland with Tony Baxter (2012). Tony Baxter was head of Imagineering for the Disney Company for many years. Within the archives, Tony found that Walt Disney had erected cameras during the building of Disneyland. Some of the footage has been placed on DVDs and can be seen by Disney fans. Parts of the footage show Walt Disney himself on a bicycle riding around Disneyland to inspect the progress. Viewers get to see Disneyland transform from an orange grove to the park we know and love today! While thismovie was shown at the D23 Convention in 2012, it can be found on DVD as well.

Saving Mr. Banks (2013). A feature film starring Tom Hanks as Walt Disney, the film archives Walt Disney’s plight to gain the movie rights to Mary Poppins. Parts of the movie are filmed at Disneyland Park, making it perfect for our Disneyland movies list. Disney fans will not disappointed in the details surrounding the time period, including the color of the castle and the placement of the attraction posters in front of the park. In addition, whenever Julie Andrews or Mary Poppins visits the park, Jingles the horse is her favorite attraction and has a prominent role in the movie. The film is delightful and captures an amazing story that allowed Walt Disney to a crowning achievement in the film world. 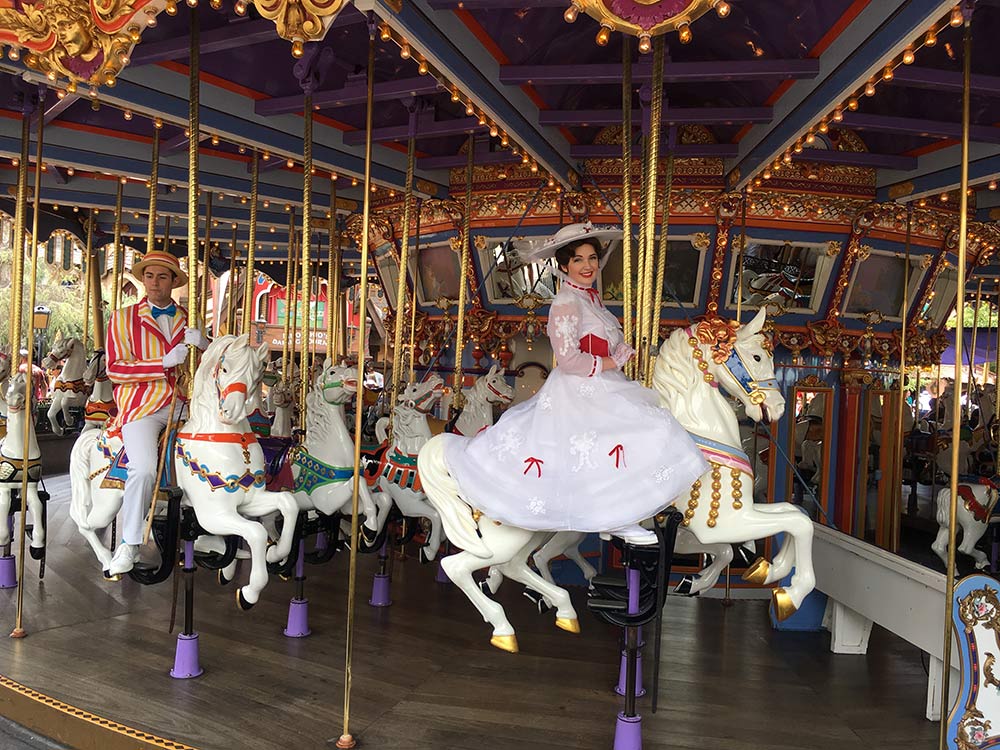 Walt Disney: The Man Behind the Myth (2015). This PBS American Experience is a must-watch for the Walt Disney fan.The documentary captures the life of Walt Disney and the Disney company. It explores Walt’s childhood in Marceline, MO, his move to Kansas City and his first endeavor in the film business with Laugh O’Gram Studios. You'll get an up-close look at his early failures and successes, culminating with an overview of the company and park that Walt and Roy created together. 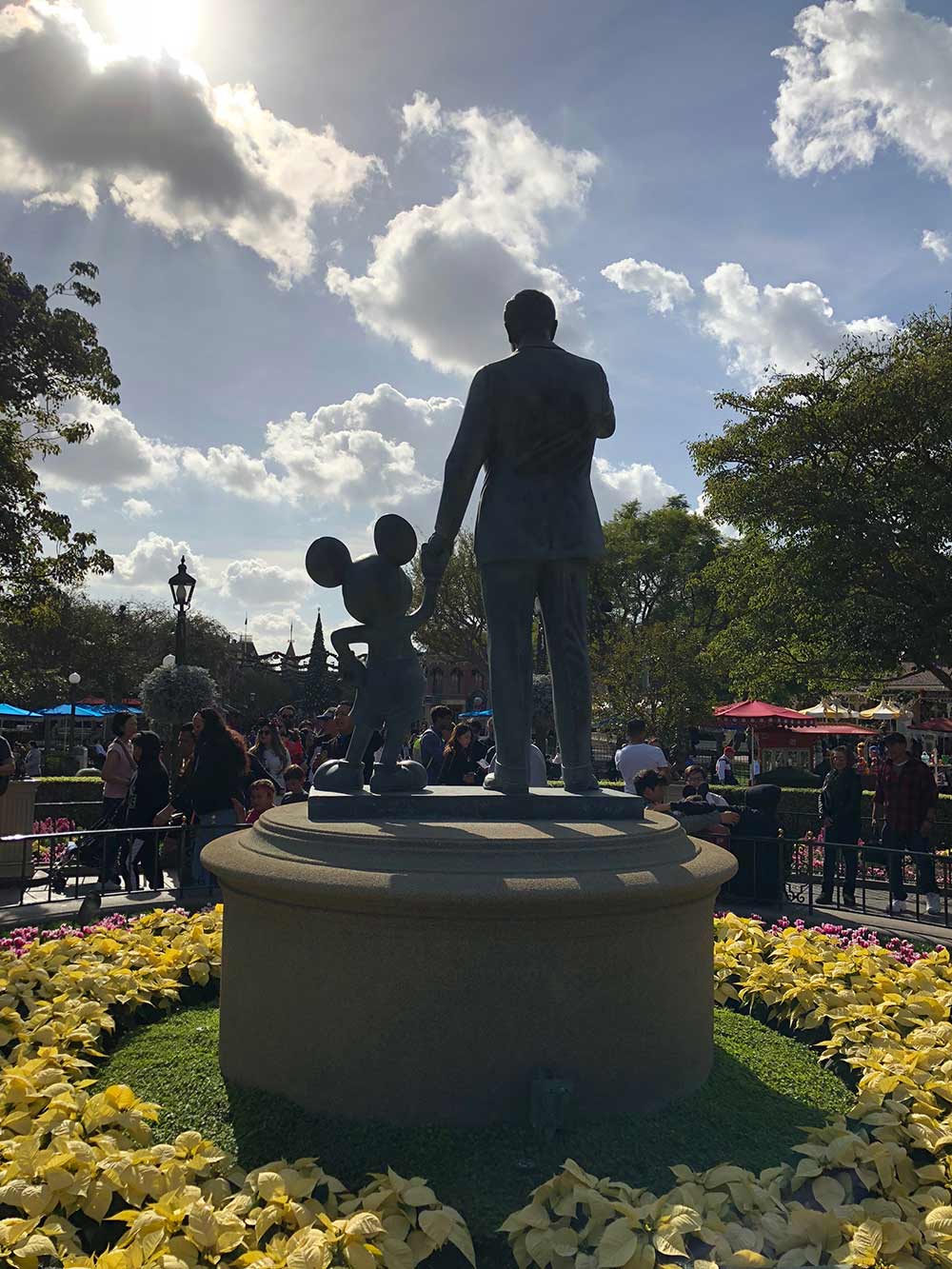 Looking for a movie night with popcorn and family fun? There certainly are a lot of great Disneyland movies to choose from above. The films are a fun way to enjoy the history of Disneyland and to see some of the things that have inspired the Happiest Place on Earth. After your night of Disneyland movies, you'll be ready to book your next vacation!

Get Away Today Vacations will help you get there, by providing your family with every detail to choose a fun adventure. We can help you book discount Disneyland tickets and reduced hotel rates - all while sharing expert tips to make it your best trip yet. Book any of our Disneyland packages online now or give our travel agents a call at 855-GET-AWAY. 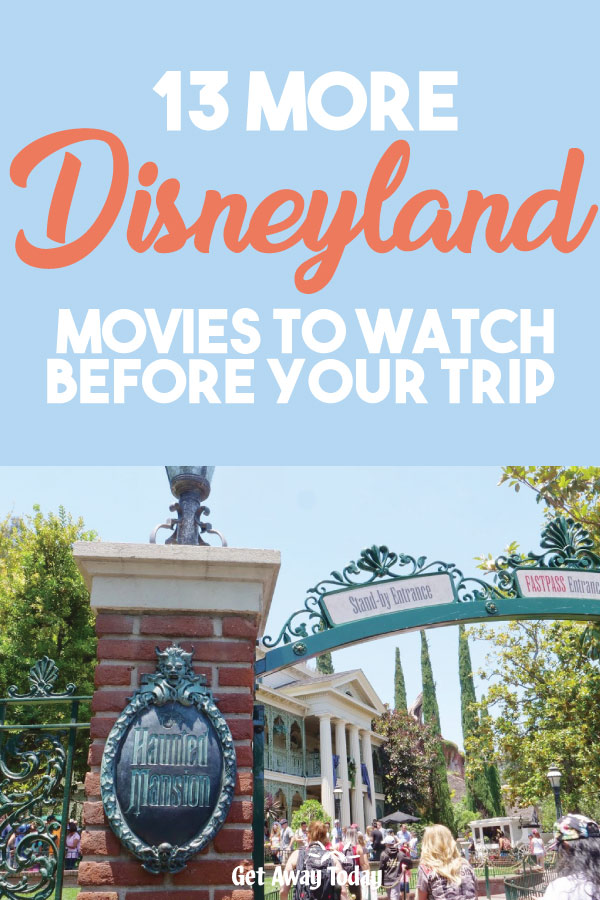 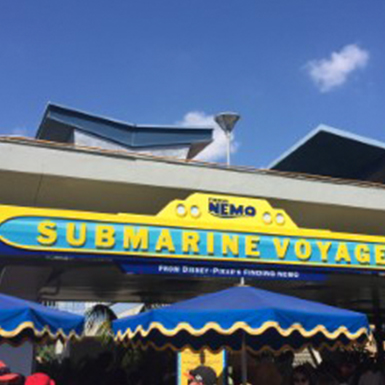 The 29 Best Disney Movies to Watch Before Going to Disneyland 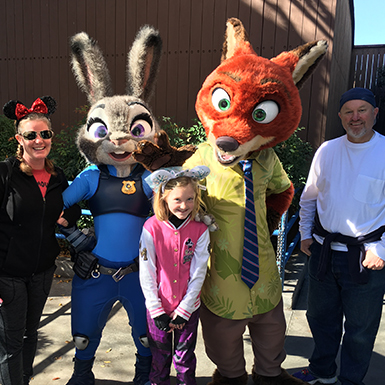 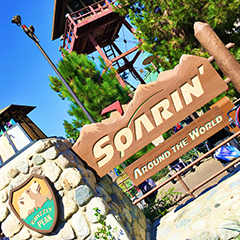 10 Cool Facts About Soarin' Around the World