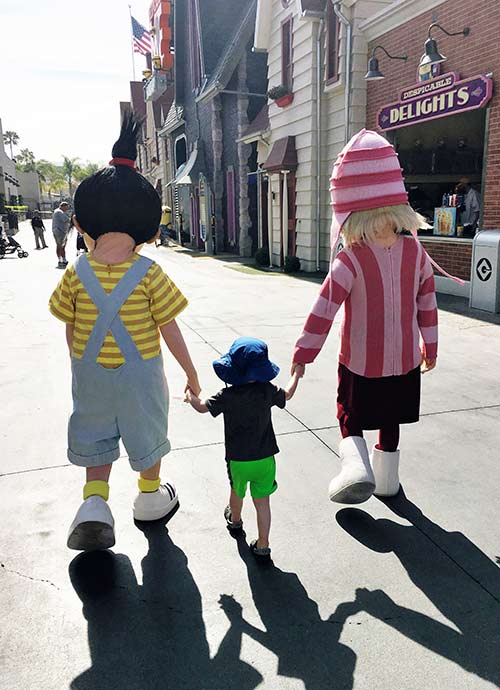 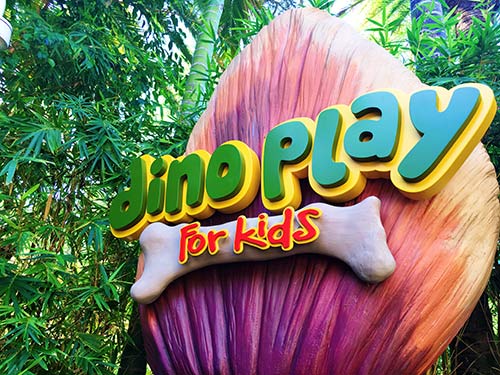 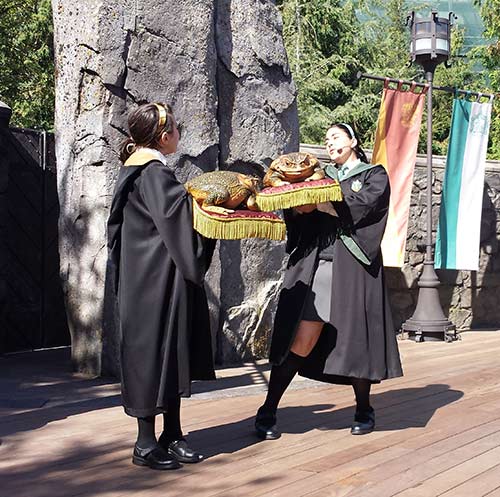 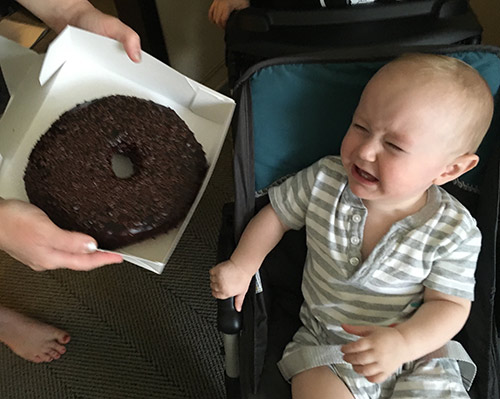 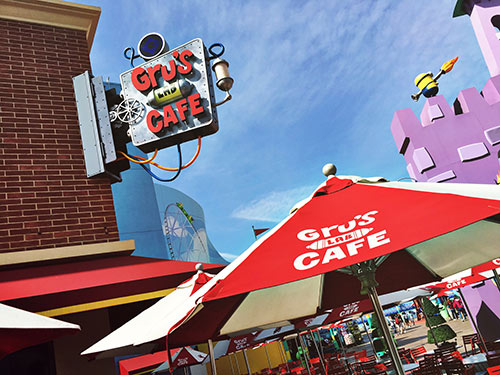 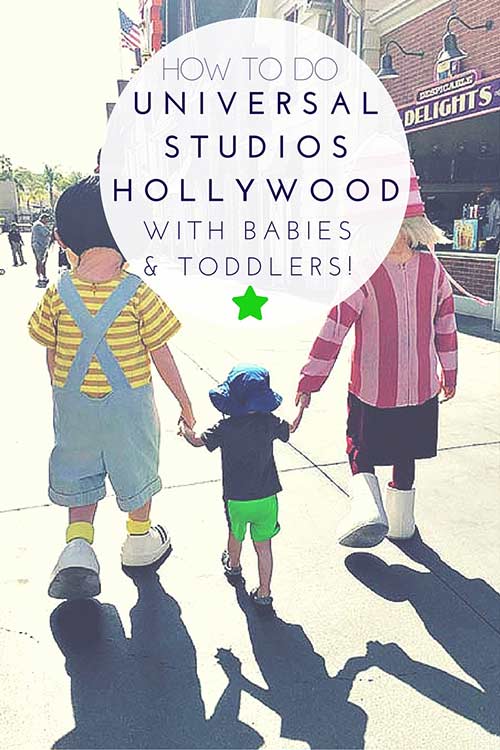 Hello, any info on the stroller rental maximum height and weight ? Or, any referral for a rental option for a 50" child of 7 ? Thanks for your time.

Yesenia- To utilize child switch, you do not wait in line with the child. There is a designated waiting area so child who are not tall enough to ride do not have to wait in line with the adults who will be riding. You can find more information here: https://www.universalstudioshollywood.com/faqs/what-is-child-switch-how-does-it-work/

Anonymous - Universal Studios Hollywood states that for each of their attractions there is a child switch program. Here's some more information on their site: https://www.universalstudioshollywood.com/faqs/what-is-child-switch-how-does-it-work/

I have a 6 month old. Does the child swap apply to all the rides that she isn't allowed on? And is it safe? Also can we bring our own strollers or do we have to rent strollers out?

How does the child swap work? Can I take my sons stroller in line while we wait or do we have to leave it?

Jhamie- In the First Aid centers in Universal, there are spaces designated for nursing. You would be welcome to utilize that space for pumping!

Shane- There is a designated Child Swap waiting area to ensure things go smoothly when you need to make the swap. If you have questions about leaving the area while you wait, talk to a Cast Member to ensure it's alright.

Is there a place where I can pump for my 4 month old? I’m exclusively pumping breast milk right now. Just wondering before we buy our tickets.

Hi, we will be bringing a 2 year old. For the child swap on the studios tour do you have to wait until they return around 60 mins or can you leave and return in time for doing the child swap? Thanks.

Ellie- Depending on the size of your 5 month old, baby may be eligible to do the Kung Fu Panda Adventure. You're welcome to check with a Universal Studios team member to confirm the best seat option on Kung Fu Panda Adventure. Baby should also be able to attend any of the entertainment shows at Universal Studios Hollywood. This includes, but is not limited to, Universal's Animal Actors Show, Special Effects Show, WaterWorld, etc. Protective ear coverings, like noise cancelling headphones or sound deadening headphones, are recommended to protect baby's hearing. For rides baby is too small for, use the Child Swap option to avoid having to wait in line twice to allow others to enjoy it.

Hello, I’ll be going to USH this weekend for my mother’s birthday. I have a 5 month old. Is the baby allowed to go on the Special Effects Show? Or Universal Animal Actors Show? Or WaterWorld Show?? Or The Kung Fu Pand Adventure Ride? Or any other show or ride other than the Studio Tour?

Anonymous- A two-month-old will most likely be too small to ride anything due to safety regulations. But definitely take advantage of Child Swap for the adults!

Will be bringing 2month old for trip from Vegas wanted to know if they have any rides she can get on with family other than the studio tour?

Great question! You can take a limited amount of riders when using child swap. It is super easy!

Hi I was wondering if the child swap is like Disneyland where you can take a limited amount of other riders with the person waiting or will they have to ride alone?

Oh my god this is so helpful! I’m taking my 16mo baby there next week but wasn’t sure if it would a waste of our (my hubby and I) tickets because of his presence. I’m glad he will be able to enjoy as well. Thanks!!

Hi Tiffany, Yes - there are no requirements for the Studio Tour. You should absolutely be able to nurse him. There are a few possible scary and slightly jerky movements, but nothing too major.

Hi my 1 year old can’t walk yet, can he still go on the studio tour ride? & can I hold him & breastfeed him on the ride?

Hi Lexie, Yes! There is no age or height requirement for the Universal Studio Tour. The attraction can get loud in parts, so you may want to consider baby sized noise cancelling head phones. :)

Hi i will be going to universal in 2 weeks for a friends birthday and i will be Bringing my 2 month old son is he able to go on the universal tour?

Hi there! The Transformers ride currently has a 40" height requirement. As long as your child meets that height, they will be able to ride the attraction.

Can 4 year old go on Transformers ride in Universal Studios

Hey Misha! You are fine to bring an infant on the Studio Tour and they do have stroller parking available. Just be aware that the ride is a little turbulent. We hope you have a great time!

, Just wondering it’s also possible to bring my 5-Month old son to the universal studio’s and of we could go on the studio tour? Also, is there a place to leave the stroller safe? Thanks!

Hi Jay! Great questions and what a fun trip! Universal does not allow infants on the VIP Experience and the minimum age is 5-years old. But you can certainly use the Universal Express Tickets. Also, combine that with the Child Swap and you're set! Your itinerary is a fun, full one, but definitely doable. I've done it with my little kids and had a blast!

Hi Kim (or whoever is responding :)),

We're heading to SoCal this July with our 1 year old and 5 year old. Do you know if USH allows infants (the 1 year old) on their VIP Experience? We wanted to take advantage of that and bypass lines, etc. Not sure if the Tour is the same as the VIP Experience.

Also, we're spending 6 nights and 5 days. Do you think 3 days at Disney, 1 at Knott's Berry, and 1 at USH would be enough? Or too much? Other comments, advice, or thoughts?

Hey Amber! Yes, an 8-month old would be fine to take on the Studio Tour. And they do have an area for you to leave your stroller before the ride. Please let us know if you have any other questions!

Just wondering wether it’s also possible to bring my 8-Months old son to the universal studio’s and of we could go on the studio tour? Also, is there a place to leave the stroller safe? Thanks!

Hi CJ! Yes, a toddler can go on the Studio Tour at Universal Studios Hollywood. Please let us know if you have any other questions. :)

Can a toddler go on the studio tour?

Hi there! You cannot take your stroller on the studio tour, but there is stroller parking available. If you have any other questions, give us a call at 855-GET-AWAY.

Can you take your stroller on the studio your? Or is there somewhere to leave it before getting on the tram?

Thank you so much, this is a huge help for me to take my 9 month old for some fun, while we accompany my husband for the conference here.

Hi Jennifer! You can get to the lower level with a stroller one of two ways. The first is to use the escalator - this is the easiest way if your stroller can fit. If not, there is an elevator that will take you about halfway down. From that point, a shuttle will pick you up and transport you to the lower level. You may have to wait for the next shuttle, which is why we recommend the escalator as the easiest if your stroller can fit on it.

Just wondering how to get to the lower level with a stroller?

Thank you so much for this wonderful guide! Super detailed and helpful! I've been there a few times, but never with a baby, so I was a little hesitant. Now, we're so excited to bring the little one along.

I have a 1 year old its great to know what's available to her, I believe she's gunna have an awesome time!

Thank you so much for all those information. We're traveling from the Uk with a baby and weren't sure if we should go to USH, I'm really happy to know it is still an option! Thanks x