Planning a trip to Disney World in 2017? Check out our guide for details on all the fun events happening at the resort this year! 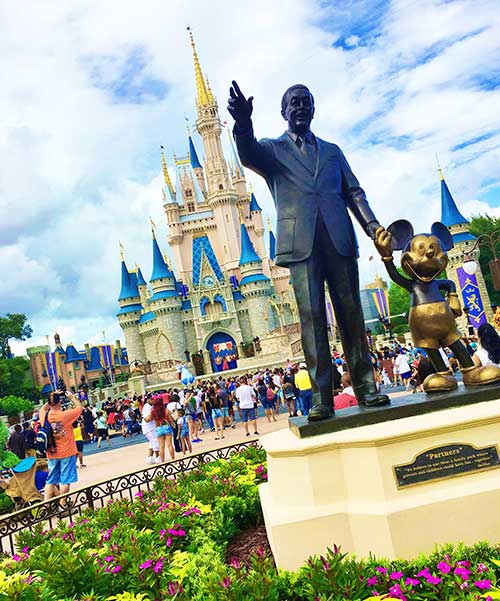 There is never a bad time to visit Disney World and this year is no exception. The resort will not only be debuting new events and attractions, but bringing back some fan-favorite events as well. If you’re planning a trip to Disney World in 2017, you don’t want to miss out on any of the fun! We’ve made it easy and compiled all the great things happening in Disney World in 2017:

Epcot International Festival of the Arts runs Fridays through Mondays from January 13 to February 20. All of your senses will be amazed at the art, music and cuisine offered during this event. From food that almost looks too good to eat to Disney on Broadway performances, your entire family will have a blast being part of this festival’s inaugural year. The best part is that the Festival of Arts is included with your park admission, so you won’t need to buy a special ticket to wow your senses in Epcot! 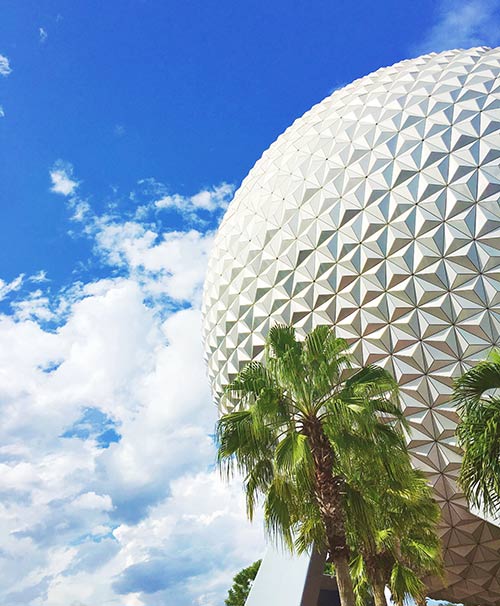 Disney Princess Half Marathon Weekend will be held in Disney World in 2017 from February 23 to February 27. Races not only include the half marathon, but a 5K, 10K and kids’ races as well. If you aren’t participating, you may notice larger crowds in the evening after the events have ended. Keep in mind that registration for runDisney events typically opens 10 to 12 months in advance, so you’ll want to sign up as soon as possible if you want to run around Disney World next year.

Atlanta Braves Spring Training will be held on select dates at the ESPN Wide World of Sports Complex from February 25 to March 29. This is a great opportunity for any baseball lovers in your family to spend a day watching the pros train! Separate tickets are needed and can be found on the Atlanta Braves website.

Epcot International Flower and Garden Festival returns to Epcot for its best year yet, running from March 1 to May 29. Your family will be amazed by the garden-fresh food, beautiful flower displays and popular music found at the festival. On top of its usual offerings, you’ll find new outdoor kitchens, an expanded weekend concert series and brand-new character topiaries. It’s the perfect time to visit Disney World in 2017 if you want to learn more about fresh garden-to-table food! 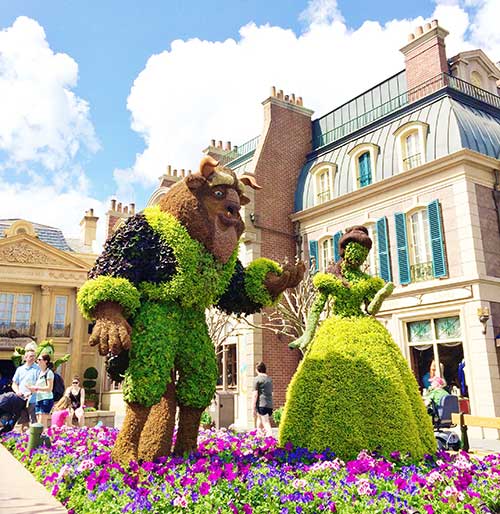 Miss Adventure Falls will be opening in Disney’s Typhoon Lagoon in late March. This will be a family-style raft attraction and one of the longest Disney waterpark experiences. Your family will be able to brave the white-waters as they help Captain Mary Oceaneer hunt for treasure around the world. If you’re visiting Disney World in 2017, make sure to stop at Disney’s Typhoon Lagoon and try the new water ride.

Star Wars: Galactic Nights will be premiering for its first night on April 14 in Disney’s Hollywood Studios. This separate ticketed event is sure to be out-of-this-world for all lovers of Star Wars. The event will run after-hours at the park from 7 pm to midnight. You’ll be able to dance off at the Rebel Base and watch Darth Vader show off the powerful Stormtroopers during the event. Don’t forget to end your night with the most spectacular Star Wars-themed fireworks display either! While Disney has said more Galactic Nights will take place in Disney World in 2017, April 14 is currently the only confirmed date. 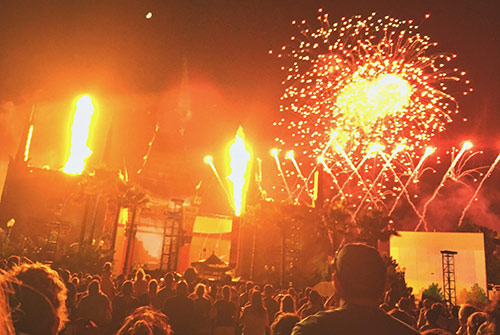 Star Wars Half Marathon – The Dark Side Weekend will be hosted at Disney World in 2017 from April 20 to April 23. Races include the half marathon, 5K, 10K, kids’ races and the Dark Side challenge for runners who complete both the 10K and half marathon. It’s always fun to see the runners dressed in their best galaxy wear during this fun weekend!

Pandora: World of Avatar will be opening in Disney’s Animal Kingdom this summer. The land will focus on the stunning world from the movie Avatar, complete with bioluminescent vegetation and floating mountains. Families will be able to travel the Na’vi River or fly on the back of a Banshee once the new expansion is open.

Epcot International Food & Wine Festival will be returning to Disney World in 2017 for 75 days, the longest its ever run. You can begin to enjoy food and wine from around the world starting on August 31. The festival will run through November 13 and includes kiosks offering delicacies from different countries. Even if you’re not a foodie, you won’t want to miss the Epcot International Food & Wine Festival. It’s the most delicious time of the year to visit Disney World! 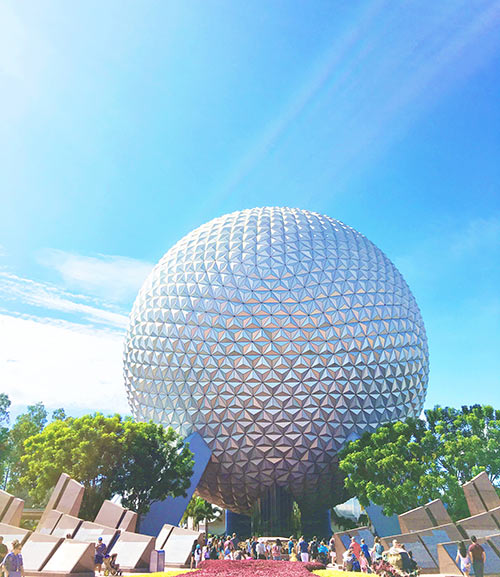 Mickey’s Not-So-Scary Halloween Party will be happening at the Magic Kingdom select nights in September and October. This is a separate ticketed event that gives you access to trick or treating, special character meet and greets, and a Halloween-themed parade and fireworks display. Specific dates have not been released, but we’ll make sure to update once they are. 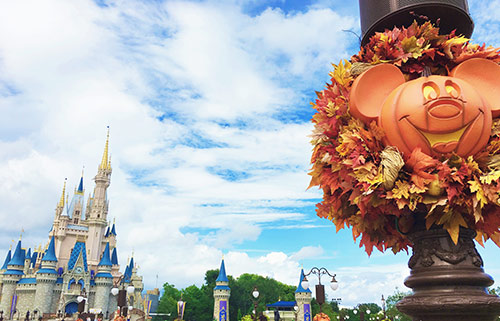 Disney Wine & Dine Half Marathon Weekend takes place in Disney World in 2017 from November 2 to November 5. Once guests have raced their way around the Walt Disney World Resort, they’ll be treated to an exclusive after-hours Post-Race Party at the Epcot International Food & Wine Festival.

The Holidays Around Walt Disney World typically take place from early November to early January. Specific dates haven’t been announced, but we’ll let you know as soon as they are. The Holidays Around Walt Disney World is one of the most magical times of the year to visit! You’ll find seasonal decorations and Mickey’s Very Merry Christmas Party at the Magic Kingdom. Then hop over to Epcot for the Candlelight Processional or Disney’s Hollywood Studios for the Jingle Bell, Jingle BAM! nighttime spectacular. One thing is certain; your entire family will love celebrating the merriest holiday of all in Disney World in 2017.

This is sure to be Disney World’s best year yet and you don’t want to miss it! Share the magic with your family by booking a vacation to Disney World in 2017. You can book online or give our travel experts a call at 855-GET-AWAY. 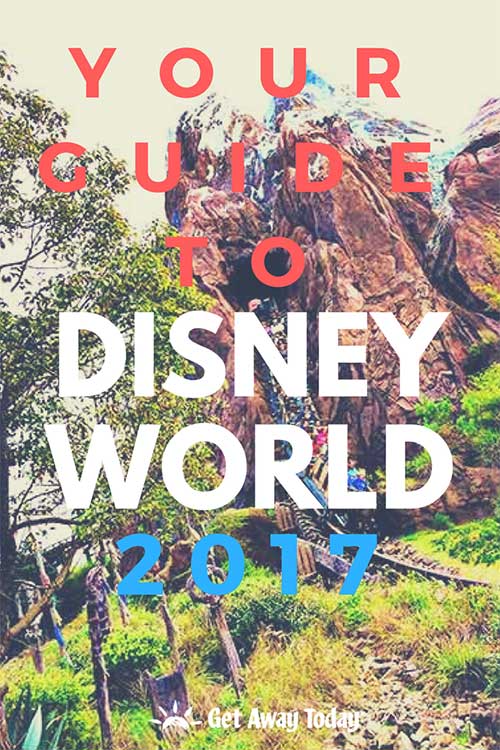